Zoe Whittall thought she was done. It was May, 2012, and she'd spent the previous few weeks living a hermit-like existence, barely leaving her room at the Banff Centre, where she had a residency, "except for when I did yoga in the morning." She was there to write her third novel. When she finished, she commemorated the occasion with a selfie; she's wearing a blue checkered scarf and what can be described as a perplexed smile, as if she can't quite believe she has pulled it off. She's holding up the manuscript like a trophy.

"I was totally delusional," she says, sitting in a west-end Toronto coffee shop one August afternoon, more than four years later. "Delusional" because that novel, The Best Kind of People, is only now in bookstores. When she came back from Banff, she gave the manuscript to her literary agent, who told Whittall the novel was far from finished. So she tried again. "There were moments when I wanted to walk away," she says. "I was just showing up at the coffee shop and looking at it and thinking, 'Well, this is a pile of garbage,' for a really long time."

So she tried again.

"I rewrote it from so many different angles over time," she says. "There was actually a character that used to feature in almost half the book that's barely there any more. I'm happy with how it turned out, but I feel, like every writer, you imagine how you could continue to write it forever."

Yet, despite the fact Whittall thought it would be published years ago, The Best Kind of People arrives at the perfect time, landing in the middle of the current conversations about rape culture, consent, victims' rights and men's rights. It's a book that feels incredibly prescient, meant for this specific day and age, when the discourse surrounding sexual violence includes #notallmen and #believewomen hashtags.

"It's a novel about aftermath," Whittall says. "People might hear about the subject matter and think it's a crime novel, or think it's some sort of suspense novel. It really isn't." The Best Kind of People is about a family, the Woodburys, an upper-class Connecticut clan. George, the patriarch, is a beloved teacher who once thwarted a school shooting; he is friends with the mayor, wins Teacher of the Year without fail and lives in an area of town called Woodbury Lake, named after his parents. His wife, Joan, is head trauma nurse at the local hospital and is known for keeping calm under the most stressful of circumstances. They have two children: Andrew, a lawyer in New York, and 17-year-old Sadie, the popular class president. But both family and town come undone after George is charged with four counts of sexual misconduct with a minor and attempted rape.

"Zoe really does have her finger on the pulse of what's going on in the world," says her editor, Janice Zawerbny. "All that stuff about men's rights and rape culture was already in there. We certainly weren't going, 'Hey, this thing just happened, let's include it in the book.' That stuff was already there because Zoe was already tapped into the zeitgeist."

The novel, which she began writing not long after the publication of her previous novel, 2009's Holding Still for as Long as Possible, an offbeat love story set in present-day Toronto, began as "an empathy exercise." She was listening to CBC's The Current when it aired an interview with a therapist who ran a support group for women who stay with men convicted of crimes; Whittall began to "write about a character who would be in that group." Could she connect with her? Could she empathize? "Empathy is often at the heart of how you have to write," she says. "Could I do it, was the big question."

As she wrote, she thought of a popular teacher at the school she attended in rural Quebec, where she grew up. As with George Woodbury, "you always wanted to be in his class," she recalls. "After I'd grown up and moved away, he was arrested. It came out that people sort of knew, sort of didn't, sort of wondered. … It was very complicated, but the way that the town reacted, I found fascinating."

In the case of The Best Kind of People, the town fractures. Some, including a men's right group, rally to George's defence, predictably attacking the credibility of the accusers; others begin to wonder if the man they considered a pillar of the community was really a predator. Andrew, Sadie and Joan, meanwhile, all deal with the fallout in their own ways; Sadie, who becomes a pariah at school, begins to doubt her father; Joan, who has been married to George for decades, cannot imagine life without him, even if he is guilty. ("You don't stop loving someone in an instant because somebody accuses them of something despicable," Joan tells her sister.) Andrew, who had a possibly inappropriate relationship with a teacher when he was younger, feels compelled to stand by his father. Each grapples with the same question: What happens if someone you love does something terrible?

"I think that's the question at the heart of the book," she says. "Love doesn't just go away when something like this happens."

And life doesn't go away while you write. As the novel progressed, the issues and ideas Whittall was exploring in her fiction were seemingly everywhere she looked, from the downfall of Bill Cosby and Jian Ghomeshi to the (since-retracted) Rolling Stone investigation on rape at the University of Virginia.

"It's funny to watch yourself get older as the discourse progresses and to not always feel like you're on the cutting edge of what's happening," says Whittall, who turned 40 earlier this year. "Things really shifted over the course of me writing this book and the way it was talked about in the mainstream, which I think of as really positive and interesting. I've been reading and thinking about feminist stuff and issues of consent since I was 18 – that's a long time. It's interesting to me to watch a younger generation talk about consent, and talk about violence, in a totally different way than I do." It's also interesting that she wrote much of The Best Kind of People, her most serious work to date, at a time she was immersing herself in Toronto's comedy scene – she's an occasional stand-up comic – and embarking on a second career as writer for such TV programs as Degrassi, Schitt's Creek and the Baroness von Sketch Show. Comedy, she says, provided an "emotional relief" while working on the novel.

"The funny thing is this book is so not funny in any way." 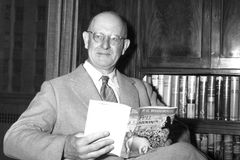 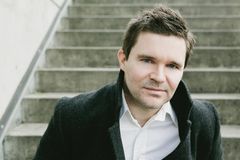 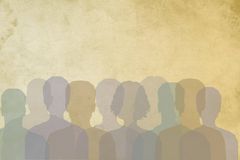 Follow Mark Medley on Twitter @itsmarkmedley
Report an error
Due to technical reasons, we have temporarily removed commenting from our articles. We hope to have this fixed soon. Thank you for your patience. If you are looking to give feedback on our new site, please send it along to feedback@globeandmail.com. If you want to write a letter to the editor, please forward to letters@globeandmail.com.
Comments