If you were the British writer Ali Smith, you might be starting to get a wee bit peeved: Tuesday night the novelist failed to win the prestigious Man Booker Prize for the third time. How to be Both, her tricky experimental narrative about a contemporary teenage girl and an Italian Renaissance artist, lost out to Richard Flanagan's The Narrow Road to the Deep North, a sweeping Australian novel about the notorious Burma railway built by Japan's prisoners of war. Smith was also nominated for Hotel World in 2001 and The Accidental in 2005.

Of course, the Booker, which Flanagan referred to as "a chicken raffle" in his acceptance speech and Julian Barnes once called "posh bingo," is an annual crap shoot. With a fresh jury each year given the mandate to pick the best novel published in Britain not the best author, previous losses shouldn't increase your chance of winning on this year's throw.

But none of that stops the rest of us from picking apart the shortlist and the final result for literary patterns that we can interpret as more than random – or at least more than the utterly subjective and wildly idiosyncratic opinion of six individuals. Most importantly for us analysts, this was the year they let the Yanks in. Or rather it was the year the Booker was opened to include novels written in English by authors of any nationality; previously, you had to be a citizen of Britain, the Commonwealth countries, Ireland or Zimbabwe.

The inclusion of American writers has raised all sorts of politely expressed anxieties that the prize is about to be swamped by new competitors while the U.S. equivalent in career-boosting potential, the Pulitzer, remains closed to non-Americans. On the eve of Tuesday's announcement, the Australian writer and two-time Booker winner Peter Carey told The Guardian he generally opposed the move, fearing the loss of the Booker's "particular cultural flavour" based on "a real Commonwealth culture" distinctly different from American culture. It's a legitimate critical observation, even if a Commonwealth literary style would be hard to define: something found in books set among immigrant communities or in odd corners of history; something wary of happy endings and obvious sentiments yet rarely satirical; something more concerned with the quality of writing than the drive of plot. There certainly is a Commonwealth something – but it doesn't win the Booker with any regularity.

If you look at the Booker stats helpfully compiled by The Guardian, the writers who win the prize are predominantly British men. Of the 47 prizes awarded since 1969 (there have been double winners in some years,) 28 have gone to Britons of whom 18 are men. Men win at almost twice the rate of women – 30 to 17 – and Commonwealth writers outside of Britain only win occasionally: Australia has now won five Booker prizes; India and South Africa three; New Zealand two.

And any thought that opening the Booker to Americans is some huge loss to Canadian literary careers is based more on hope than experience: Canada has won three in the prize's 45-year history, for Michael Ondaatje's The English Patient, Margaret Atwood's The Blind Assassin and Yann Martel's Life of Pi.

Of course, some of the British winners' literary styles, from Salman Rushdie's South Asian mythologizing to James Kelman's Celtic protest vote, might be fitted in Carey's Commonwealth category, as would this year's nominee, Londoner Neel Mukherjee. The Lives of Others, his family saga set in Calcutta, was the bookies' favourite to win, probably because it was a big book that was conveniently British yet not British at the same time. Still, most past winners (Hilary Mantel, Julian Barnes, Ian McEwan, A.S. Byatt, Kingsley Amis, Penelope Lively) fit within more narrowly British literary traditions: The Booker remains a British literary prize with Commonwealth footnotes.

This year, for all the new openness, the Americans looked selected to lose: What jury was going to pick Joshua Ferris's light satire of social-media identity To Rise Again at a Decent Hour? It sounds like one of those titles nominated only to prove the judges are not out of touch with the 21st century – before they plump for a book about the emotional aftermath of the Second World War. Similarly, Karen Joy Fowler's We Are All Completely Beside Ourselves, which commentators keep explaining turns entirely on a narrative twist they can't reveal, seemed too populist a title to take the day.

In the end, the jury's choice was Commonwealth and conservative – a big Australian book, traditionally written on traditional themes – and Carey, who had backed his compatriot to win, got his wish. Still, you can bet that by fall 2015, all commentary will focus on when an American is going to finally win. And when one does, it's British writers who will be the losers. 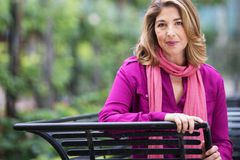