What a fearless, obsessive, at once icy and empathetic, claustrophobic, unstoppable thing Joyce Carol Oates's brain is. And is there a brain in American literature whose consciousness has been more exhaustively recorded than hers? After more than 50 novels and dozens more story collections and non-fiction works, one might wonder how many more stories her grey matter can conjure.

The good news is that there is no single concern that fuels Oates's fiction. American iconography, family, the loss of small-town life, the Gothic, (sexual) violence, masculinity/femininity – one requires a degree in library sciences to summon all the subtopics. Perhaps her most abiding (if least acknowledged) commitment, however, is to horror. And not patronizing genre experiments, not cleverly buried references to Hawthorne or James or Poe, but horror as cold-sweat nightmare, as an end in itself. Because these nightmares are Joyce Carol Oates's, however, we can be grateful that there's likely not a single one that has gone unwritten.

In The Corn Maiden, this collection's opening novella, a girl is abducted by a classmate, a brilliantly drawn emotional grotesque. The piece moves between the points of view of the missing girl's mother, the abductor and a male teacher who is set up to look like the guilty party. The suspense is near unbearable on a number of fronts, not least the question of whether soiled reputations – even those unjustly soiled – can ever be recovered from.

Indeed, a recurring horror in the book as a whole is that of false accusation. Beersheba draws its considerable impact from a straightforward tale of a young woman wreaking terrible vengeance upon the stepfather who caused her mother's death. The twist? The stepfather is plainly innocent, his accuser plainly insane. It is a powerful inversion of a favoured horror-movie plotline: a disempowered victim spilling the blood of her tormentor. Though here, the justice is drained out of the action, leaving only the terror of an antagonist whose expressions and statements and motives are ultimately without meaning.

Jealousy, too, takes monstrous form in a number of the stories. In Nobody Knows My Name, a girl hides the anger she feels at the arrival of Baby (she can't even bring herself to speak aloud her new sister's name). It is a resentment that proves an invitation to a feral "thistledown grey" cat that lives in the forest around the family's lakeside cottage – a cat who may be the embodiment of a much darker supernatural presence than any mere mouse hunter.

Sibling rivalry raises a pair of ugly heads in Fossil-Figures. From the womb, a "demon brother" cannot tolerate the very existence of his sickly, vulnerable twin. ("Why there be this other here – this thing! Why this, when there is me! There is me, me, me there is only me.") His demonic trajectory is later confirmed when he becomes a congressman, the smaller brother's sickliness when he becomes an artist. The former's puzzlement at anyone's capacity to care for the latter in the face of his weakness illustrates that the real unattainable currency of value to the villains of Oates's world is most usually, if surprisingly, love.

Love – in the form of charity – lies at the heart of the cautionary Helping Hands. A recent widow delivers some of her husband's "gently used" clothes to a veterans centre. There she meets a younger serviceman reading the plays of Euripides. The two become friends and, it seems, are about to become more than that. But the soldier's experiences have left him more classically Greek than American. For him, the Greeks "didn't believe in 'good works' or even in 'faith' like Christians. Whatever would happen, would happen. You deserved your fate … even if you didn't 'deserve' it." In other words, the widow has it coming, whether her charity is selfish, selfless or both.

The soldier's distinction between the ancient and contemporary worlds not only sums up the fundamental conflict in the story in which he appears, but all of the stories in The Corn Maiden. There are no rules when it comes to the punishments meted out to the characters in horror. In this sense, they aren't punishments at all, but violence that is random, amoral. Much like the violence in dreams. Or real life.

The irrational power of our subconscious narratives is what lends Oates's horror stories such power, idiosyncrasy and strangeness. It is also, in some cases, what detracts from their full realizations as structured narratives. As with our own everyday nightmares, Oates's stories too often don't resolve but simply end, as though from the ringing of a bedside clock. Some of the pieces in The Corn Maiden are so genuinely frightening, however, this may not strike the reader as a shortcoming but a relief.

Andrew Pyper's most recent novel is The Guardians.

The mourning after the marriage before
February 19, 2011 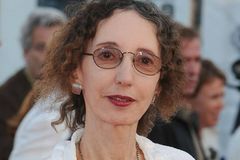 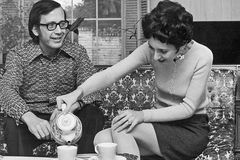