Reviewed by Robert Buckman
Special to The Globe and Mail
Published November 19, 2010 Updated May 2, 2018

There will be more than 160,000 Canadians developing one of the cancers this year, and slightly more than half of them will be cured. In discussing our current state of progress in research and treatment, one of the biggest problems is that cancer is not a single disease.

Hence a chronology of the major developments in the area is not a biography of the subject as much as a history of the topic with many significant milestones along the various roads.

In reality, the cancers are a heterogeneous group of conditions composed of several hundred very different diseases - 200 or more, depending on how they are subdivided and categorized - all of which share a common process, the cancer process, but often very little else.

Despite this overweening problem, New York oncologist and Columbia University professor Siddhartha Mukherjee has written an interesting, and often absorbing, account of the most significant milestones in the history of cancer research and treatment, and has included many mini-biographies and anecdotes about the major figures in the story. He is a superb storyteller, and this ability makes the book entertaining and, for the most part, engrossing.

The Emperor of All Maladies begins with the Egyptian physician Imhotep, who wrote the earliest description of breast cancer, noting under "Treatment" that "there is none." As Mukherjee explains clearly, surgery was the sole mainstay of cancer treatment for many centuries, until radiotherapy was started in the late 19th and early 20th centuries.

In the modern era, he neatly tells the story of the first breakthroughs in chemotherapy, with the treatment of childhood leukemia, and the dramatic but short-lived (at first) remissions of the disease, together with the negative pushback that nurses and parents inflicted on Sidney Farber, the "father" of modern pediatric pathology, pleading with him to let the suffering children die peacefully.

Other advances in cancer therapy came from unexpected sources: In 1943, a warship carrying drums of the First World War weapon mustard gas was blown up, and some of the survivors of that explosion later succumbed to bone-marrow failure. Perceptive investigation and intelligent chemical design led from that catastrophe to the development of the drug mustine, which later became a main component of Vincent DeVita's breakthrough treatment of advanced and previously incurable Hodgkin's disease.

The efforts to raise money and public interest - both of which have been very successful - are told in very readable style. Mukherjee interlaces historical events with his own clinical experiences and stories of his own patients, often illuminating some aspect of our current understanding of one of the cancers, although on occasion the connection seems a little tenuous and stretched.

He generally deals well with recent events in contemporary research and treatment, and takes us through the development of monoclonal antibodies, the identification of dozens of potential targets on the surface of cancer cells, and the many steps that led to the development of Herceptin and Avastin. These avenues of research and progress are very well described, although the story becomes somewhat more technical, and may be harder to follow. Particularly when it comes to discussing advances in DNA and RNA technology, there seem to be too many details of the background and the work and not enough overview.

The biggest problem, though, lies in the assumption objective of the exercise. Interesting and thorough though it is, it isn't a biography of cancer, because such a thing cannot be written. A useful analogy could perhaps be drawn from another area entirely: automobiles. If you set out to describe in detail the several hundred different ways in which cars can break down or fail to work properly - running out of gas, oil or water, overheating, seizing up, spark plugs failing, the steering going wonky etc. etc. - such a book couldn't be called Breakdown: A Biography of the Car That Goes Wrong. Just as a car can fail in hundreds of different ways, each of which may need a different type of remedy, so the cancers can be triggered by hundreds of different causative factors, creating (or being created by) many different flaws, and combinations of flaws, in cellular pathways and mechanisms.

Furthermore, there are hundreds of different approaches to tackling the individual disease and helping (and often curing) the patient. The only thing that that all cancers have in common is the disorderly and uncontrollable growth of a group of previously normal cells. This makes the cancers very different from an eminent public person whose life can be described and circumscribed in a single biographical account.

Still, the book is beyond doubt well researched and written, and informative, but perhaps, like the famous Charge of the Light Brigade, while it is a brave and even wonderful endeavour, it unfortunately advances in the wrong direction.

Robert Buckman is a medical oncologist at the Princess Margaret Hospital, Toronto and author of Cancer is a Word, Not a Sentence.

Siddhartha Mukherjee's must reads about cancer and its relatives 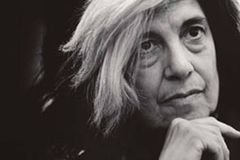 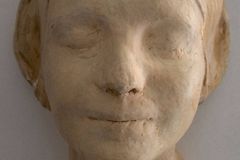