One thinks of the Internet as a place that's relentlessly current. Its role as an archive, as a window on the past, will grow as more texts are digitized. The venerable British leftist magazine New Statesman contributes to this role with its fascinating archival project, "the Old Statesman," where one can read selected articles from issues printed long before the computer age.

Recently it has posted five reviews, from its pages, of classic novels, printed when those books first appeared: The Great Gatsby (an anonymous review, published in 1925), To The Lighthouse (a rave), Nineteen Eighty-Four (reviewed by V.S. Pritchett), Memento Mori (a 1959 Muriel Spark novel, glowingly reviewed by V.S. Naipaul, who is better known today for declaring the inferiority of female novelists), and J.G. Ballard's High Rise, thoughtfully reviewed by Martin Amis.

This is part of a growing online trend: others are enjoying collecting bad early reviews of canonical books and putting them up as a kind of lesson in perseverance for aspiring writers. Flavorwire, for example, did so last fall, with 15 examples of dismissals of great books, including The New York Times on Lolita in 1958 ("dull, dull, dull in a pretentious, florid and archly fatuous fashion"), and L.P. Hartley on The Great Gatsby ("an absurd story"). It's somehow simultaneously depressing and refreshing to find that Moby Dick was utterly trashed by The United States Magazine and Democratic Review.

These bad judgments (bad in every sense) are amusing because the distance of time makes their witty writers look smug and whiny and narrow-minded. It reminds us that recent critical judgments may look equally dopey in 50 years.

They're also interesting because of what they show us about changing standards of criticism. The New Statesman's 1925 review of The Great Gatsby includes a whopper of a plot spoiler – it tells the whole story, right down to Gatsby's climactic death. That suggests that these critics thought of themselves as essayists rather than as adjuncts of the bookselling trade.

What also becomes clear in reading old reviews is that critics who are contemporaries of the author are likely to be caught up in ideological differences that seem important in the moment but may blind them to lasting quality. When V.S. Pritchett reviews 1984, for example, in 1949, it is clear that he has been reading Orwell for some time: He speaks of Orwell's "faults as a writer – monotony, nagging, the lonely schoolboy shambling down the one dispiriting track," and it seems that he's referring to Orwell's entire oeuvre. When he writes that Orwell "is like some dour Protestant or Jansenist who sees his faith corrupted by the 'doublethink' of the Roman Catholic Church" it's clear that he's talking about the social and political role that Orwell has been playing in British media at the time of writing; he is judging a personality rather than a book. It's an interesting lesson for reviewers today, who also have a hard time separating celebrity from the works at hand.

While these journals are digging through archives to find early appraisals that go against received opinion, there is a simultaneous contemporary re-evaluation of the classics going on at social reading sites like Goodreads. Here, too, one finds completely fresh and often angrily populist responses to works regarded as sacred to those in the literary business. Take The Great Gatsby for example – it's still likely to baffle a first-time reader. Half the comments on Goodreads are puzzled and hostile. Mostly they are hostile to the wealth and privilege of the characters. Each caustic review brings out a slew of agreements from people saying "I thought I was the only one who didn't get this."

It's already been much repeated that the Internet has changed the nature of book reviewing: it is now more democratic, more like a kind of voting. The opinions of those without a specialized education now have far greater influence than those of experts. Will this democratization, this defiant subjectivity, also change, in the long term, widely-held perceptions of so-called great books? The net result of all this rebellious revision is to create a canon of dismissal for the canon itself.

Infuriatingly inarticulate as most of these comments may be, revision and dissent are not in themselves bad things. Indeed this new digital plethora of varying opinion, both learned and obtuse, both historical and ephemeral, serves as a constant reminder of the fickleness of literary standards, a reminder that even expert opinion is subject to fashion. 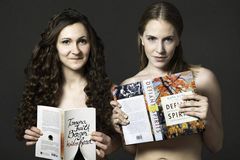 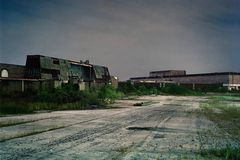 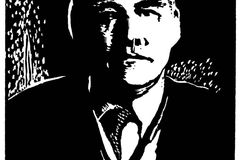