Brooklyn publisher Melville House has a series called The Neversink Library that revives out-of-print, out-of-copyright books in seductively slender paperbacks, from the lesser-known novels of Mary McCarthy to The Right Way to Do Wrong by Harry Houdini, from 1906. Each bears a quotation from the Herman Melville novel White-Jacket that describes the sailors' favourite reading on a ship called the Neversink: "those we pick up by chance here and there; those which seem put into our hands by Providence; those which pretend to little, but abound in much."

The little book that abounds in much: It's a goal widely aspired to these days. The wish is that a short book can navigate both print and digital with buoyant grace, where a bigger one might capsize. "Somewhere between a long magazine article and a book" is the sweet spot that many publishers describe. They picture customers polishing off a volume on a short plane ride or a round-trip transit commute, on a tablet or in an easy-to-hold compact volume.

Such books can bring the urgency of a manifesto. They can provide literary sustenance without the commitment a thick tome demands. And, properly designed, they stoke a fetish for tiny, perfect, collectible objects.

What could be better? It's an in-between form for transitional times. It's a nod to collective attention-deficit and the Internet's "too long; didn't read" syndrome. Whether it succeeds in practice is another question: Is the little book as unsinkable a prospect as its advocates hope? Or is it a pursuit as vexed as the one in Melville's following novel, for the great white whale?

One of the latest entrants is a cultural-journalism series, Exploded Views, from a Canadian press with a legacy of artistic vision, Coach House Books. Series editor Jason McBride says he looked to the brief e-books being published in digital series such as Kindle Singles, Byliner Originals and The Atavist. But he also had in mind such print examples as the 33 1/3 series – books on music that examine a single album (note: I am one of its authors) – and the quick radical polemics of the Semiotext(e) Interventions series and pocket-sized art books from Berlin's Sternberg Press.

More idealistically, he was inspired by New York culture writer Lawrence Weschler's call for "investigative poets" and "lyrical journalists" to create nonfiction with the imaginative dexterity of a novel.

McBride, a magazine writer himself, says he thought, "Great notion, but … where the hell will those investigative poets get published? Who would pay them, or give them the room they need? I wanted to provide a forum for writers of that ilk. As well, with general-interest magazines with some literary ambition shrinking and disappearing, Exploded Views also seemed like it could be, in a way, a very slowly unfolding magazine of that kind, comprising exclusively uncommonly long features."

Its first two books acquit that promise well: Music critic Sarah Liss's Army of Lovers is an invaluable oral history of the life and career of the late Toronto artist and scene-maker Will Munro. Jeet Heer's In Love with Art is a passionate brief for the importance of editor and publisher Françoise Mouly, first to the underground-comics world and then as art editor of The New Yorker, raising her stature alongside that of her more celebrated husband Art Spiegelman (Maus).

Despite its cultural mandate, Exploded Views takes a more eclectic approach to the mini-book format than others, which are more apt to aim for a defined topic or style. Besides the musical 33 1/3 and the political Interventions, there are books on single films from the British Film Institute (including Camille Paglia on Hitchcock's The Birds or Salman Rushdie on The Wizard of Oz) and Soft Skull Press's cultier Deep Focus series (with Jonathan Lethem on horror flick They Live and books on Heathers and Lethal Weapon).

One perennial is brief biographies of the greats: Penguin Lives and its northern offshoot Extraordinary Canadians are sadly defunct, but now Amazon Publishing has announced a similar project called Icons under the stewardship of the Penguin series' original editor, James Atlas. Then there are the more conceptual condensations, such as Oxford University Press's Very Short Introductions, whose subjects can range from Entrepreneurship to the Ancient Near East.

British Columbia's Rocky Mountain Books is publishing a new series of RMB Manifestos, small hardbacks on ecological topics from fracking to beavers. At the opposite end of the change-the-world spectrum is The Atlantic magazine's new Object Lessons books about the "hidden lives" of remote controls or driver's licenses as well as less tangible "objects" such as silence. And not to be left out, the TED Talks series is expanding into ebooks deliverable via phone app.

Some of these are plainly post-digital projects and others agnostic to technology. But that makes sense, because for all its au courant synergy with the e-book and the tablet reader, the small-scale book is a wheel that publishing keeps reinventing. The paperback book itself, after all, several times revolutionized publishing in the 20th century, with the cherished Penguin Classics reprint format appearing in the 1930s and then the first original paperbacks in the 1950s.

Short books aren't entirely a novel trend. There was a boom in the 1990s when superstores such as Chapters and Barnes & Noble had the real estate to stack them near the checkout as impulse buys. But as it was put to me by Richard Nash, former publisher of Soft Skull and one of the most adventurous thinkers on the industry's 21st-century impasses, "Publishing and printing people have always been exploring ways to make smaller versions of things, ever since Aldus Manutius created the octavo" in 1500s Venice.

"It is a reaction against the economic imperative that if we're going to make a book, it might as well be long. Setting up a contemporary offset printing press to do a long book takes no more time than setting it up to print a short one; they each take as many catalogue pages, as many people to process contracts, design covers, etc. … [But] every so often a publisher decides to be contrary, and bangs out a series."

Nash does allow that because the overhead costs for digital publishing are a little lower, the per-page value of a short book may be drawing a little more even than in the past.

But the economic advantages of the doorstop remain. It's easier to market a great hulking novel as an Event. For the reader, there is gratification in making a choice and sticking with it, and in living with a big book for weeks until its triumphant completion – like eating a plate of steak instead of many handfuls of popcorn. And now with a Kindle or iPad, War and Peace takes up no more space in your bag than a dime-store romance would.

Rather, the diminutive book is at its most convincing when function harmonizes with form. Short books seem a symmetrical fit with single albums or movies, suggesting the author will go deep rather than broad. As well, too many full-length books read like bloated magazine articles, so an extended essay or report testifies to a sense of proportion. But for a political or environmental perspective, I am suspicious a mini-book will be one-noted and scant on context.

For outright beauty, none of the current breed of e-and-print-hybrids holds a tealight to the Hanuman books of the 1980s and 1990s – barely bigger than thumb-sized, they put the far-out poetry, art, essays and tales by the likes of Patti Smith, William Burroughs or David Hockney between sensuously coloured covers with gold-embossed titles. One wanted to gobble them like penny candy; broke bohos must have slipped so many out of bookstores up tattered sleeves.

Still, surely some such new-millennial masterpiece of miniaturization will come. It's equally true that life is short and that life is long, and the same could be said of books, so we can trust publishers will go on thinking big about writing small.

Carl Wilson is the author of a little book for the 33 1/3 Series that's been expanded into the upcoming Let's Talk About Love: Why Other People Have Such Bad Taste. 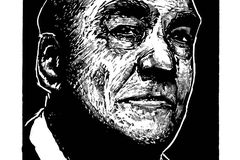 Book Review
The root of this author’s remarkable novels: her prayer journal
December 13, 2013 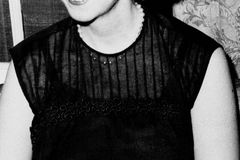 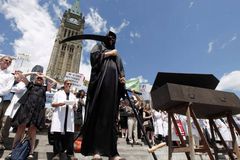 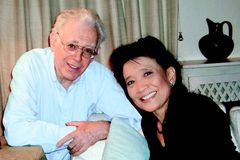 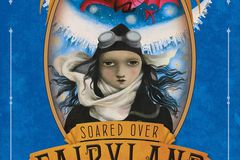