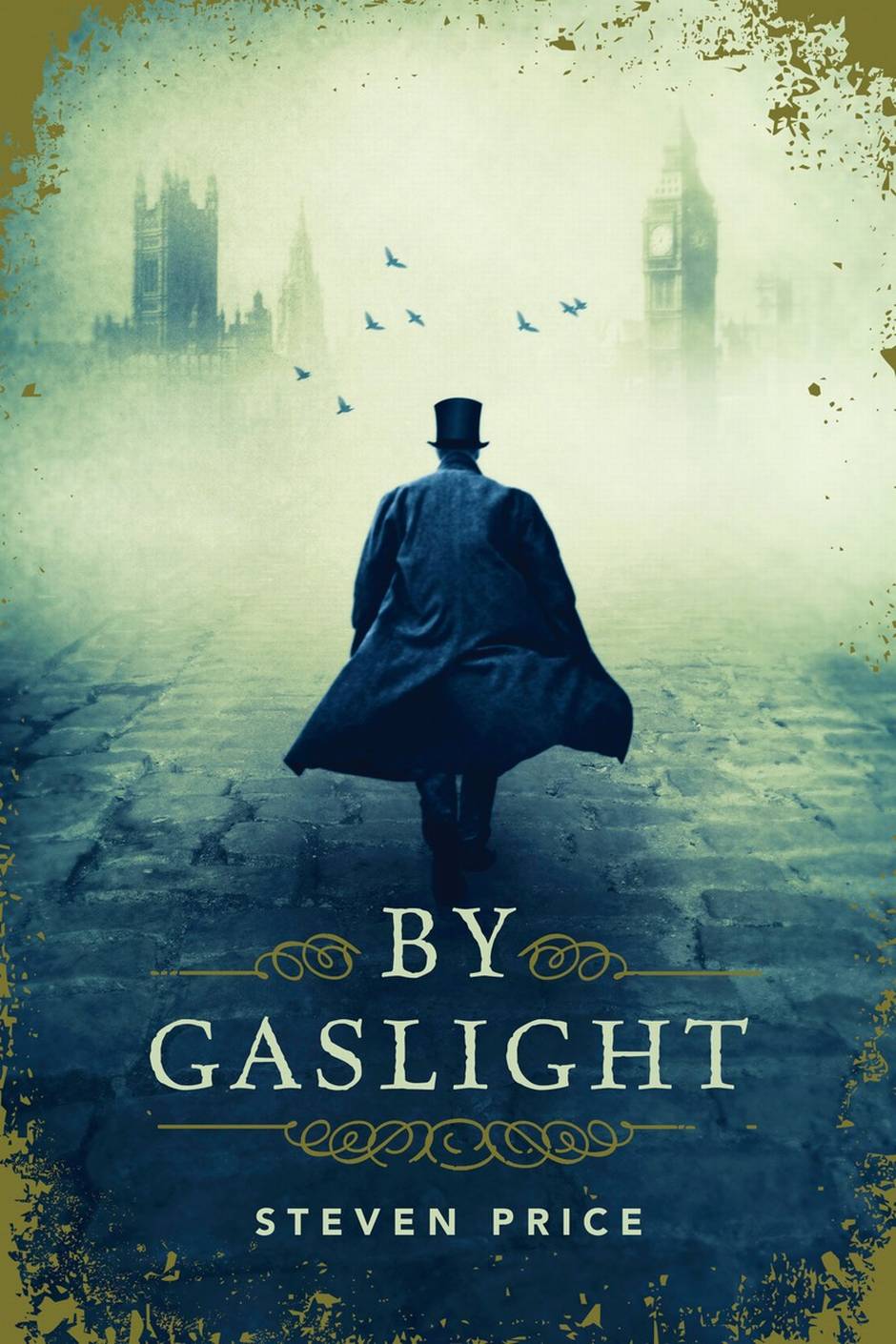 By Gaslight, by Steven Price, Aug. 23

A brick-size page-turner from the Victoria poet (Anatomy of Keys) and novelist (Into That Darkness), By Gaslight is being compared to Michel Faber’s masterful The Crimson Petal and the White. This epic literary thriller transports readers through the endless slums, twisting alleyways and gaudy mansions of 19th-century London, where two men join forces to track down an infamous criminal mastermind named Edward Shade. 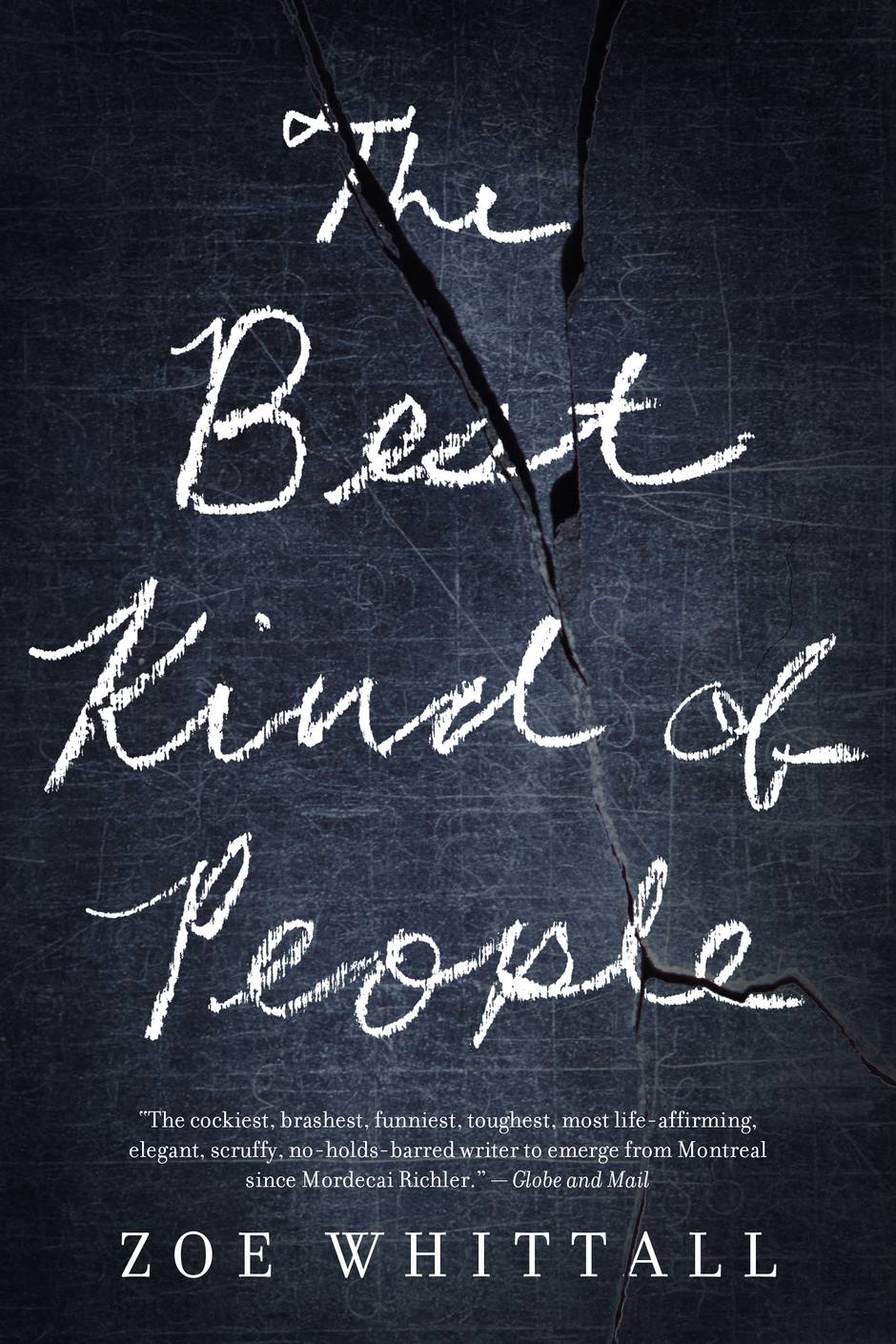 The Best Kind of People, by Zoe Whittall, Aug. 27

Zoe Whittall is one of our sharpest observers of modern life, and it’s been seven years since her last novel – far too long. In The Best Kind of People, a Connecticut family is rocked to its core when sexual-assault accusations are levelled against the father, George, a popular teacher at the local private school. Whittall’s third novel interrogates the idea of family, and whether we must always stand by the people we love. 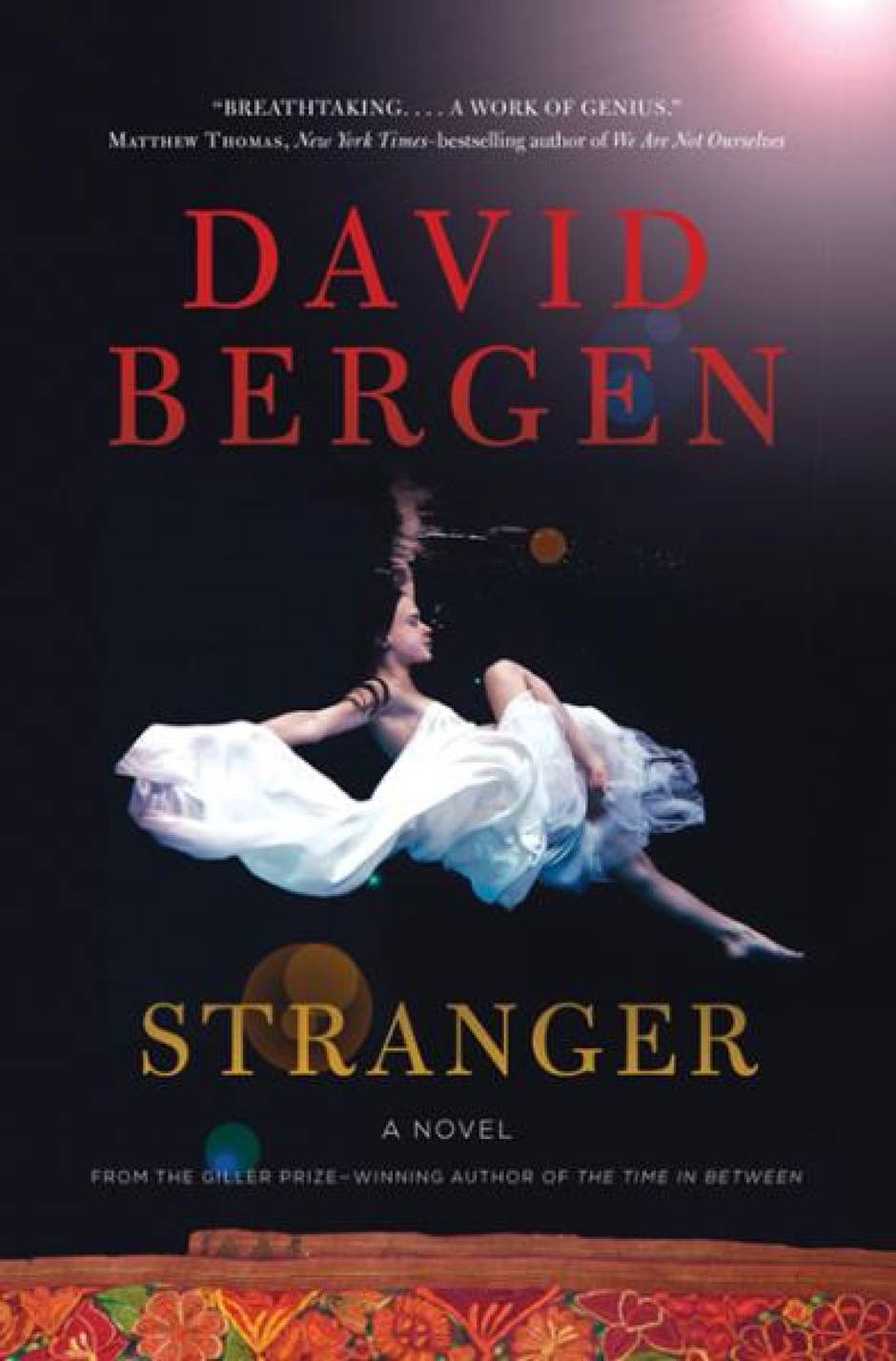 What would you do to reunite with your child? In the Giller Prize-winning novelist’s ninth novel – and in a departure from his recent fiction – a young Guatemalan woman named Iso heads northwards, through the mountains and deserts of Mexico and into a dystopian United States under strict military rule, in order to track down the daughter who has been stolen from her. 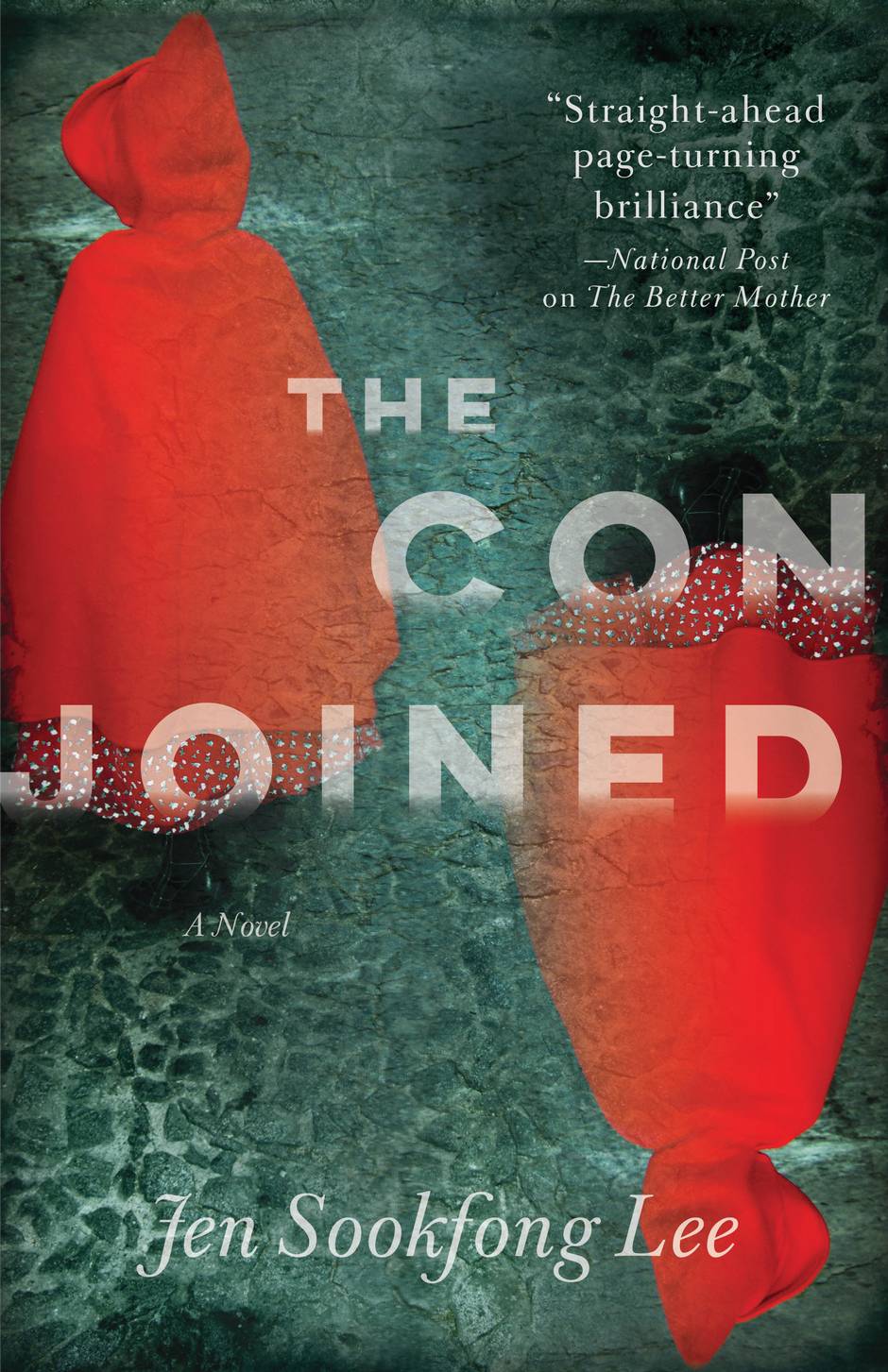 How’s this for a hook: Jessica, grieving the recent death of her mother, discovers the bodies of two dead teenage girls in her mother’s freezer while cleaning out the house. They turn out to be Casey and Jamie Cheng, foster children who lived with the family until they mysteriously went missing, forcing Jessica to question everything she thought she knew about her mother, and her own childhood. 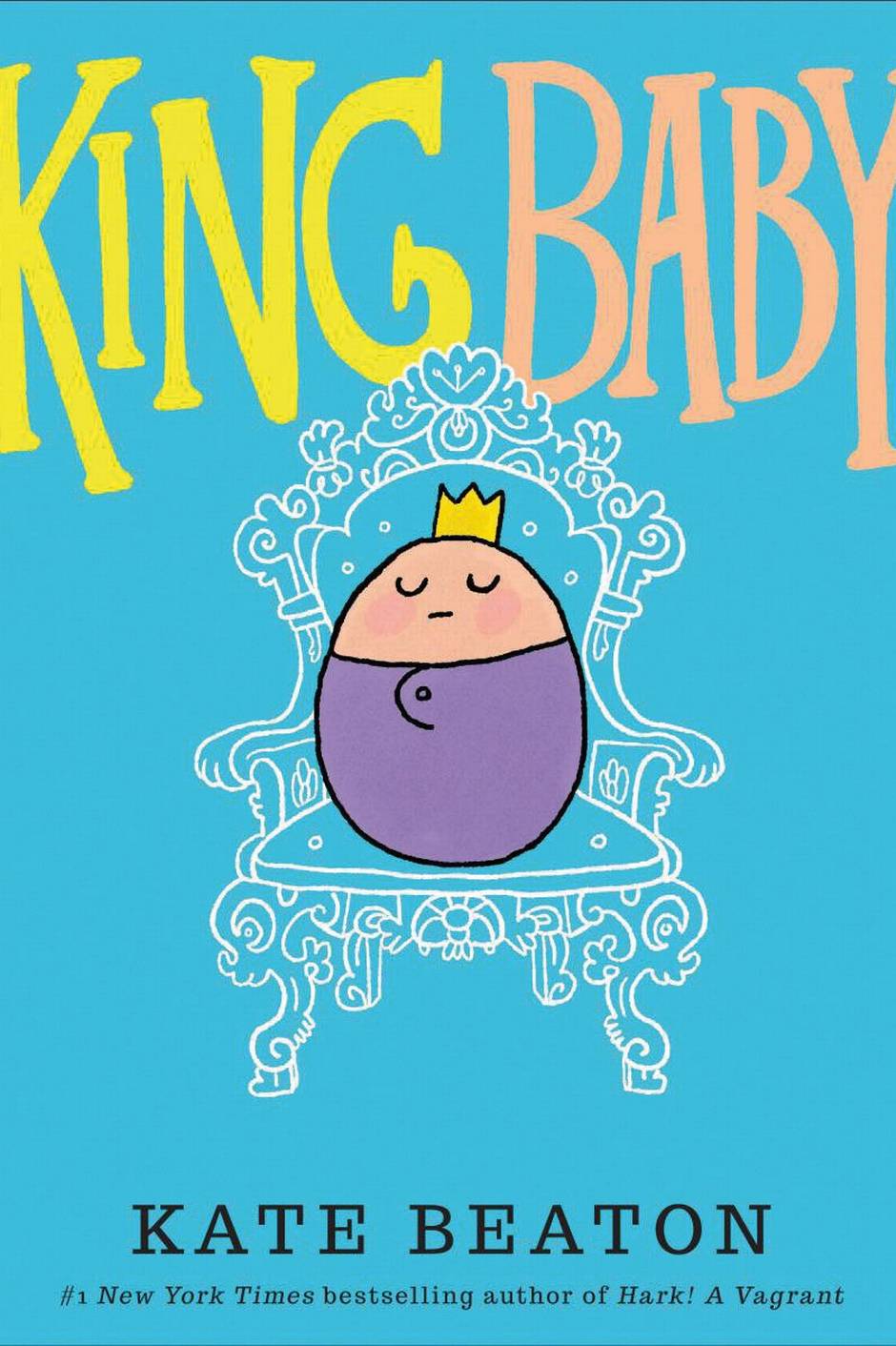 While she’s best-known for her webcomic Hark! A Vagrant, cartoonist Kate Beaton’s fabulous first picture book, The Princess and the Pony, introduced her to a whole new generation of readers. Parents loved it too, though they’ll probably fall for her second picture book even quicker. As the title suggests, her latest concerns a newborn monarch who rules with a soother rather than a sword. 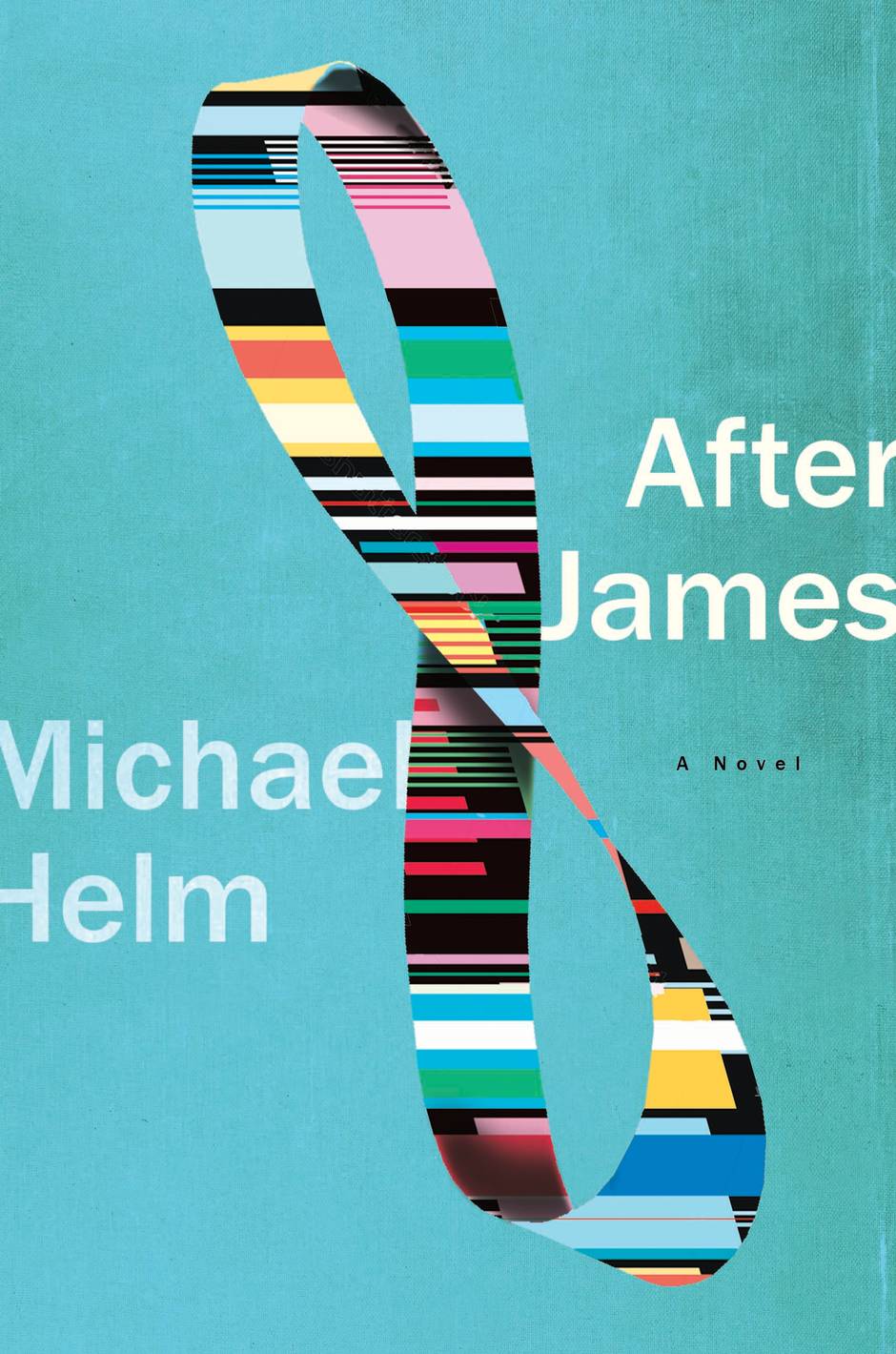 After James, by Michael Helm, Sept. 13

There’s a lot going on in Michael Helm’s first novel since 2010’s Cities of Refuge. A puzzle of sorts, After James is divided into three novella-length narratives, each of which embraces and subverts a well-worn literary genre – horror, mystery and apocalyptic fiction. Filled with virologists, neuroscientists and literary detectives, and taking place around the world, After James promises to be, at the very least, one of the most interesting novels of the fall. 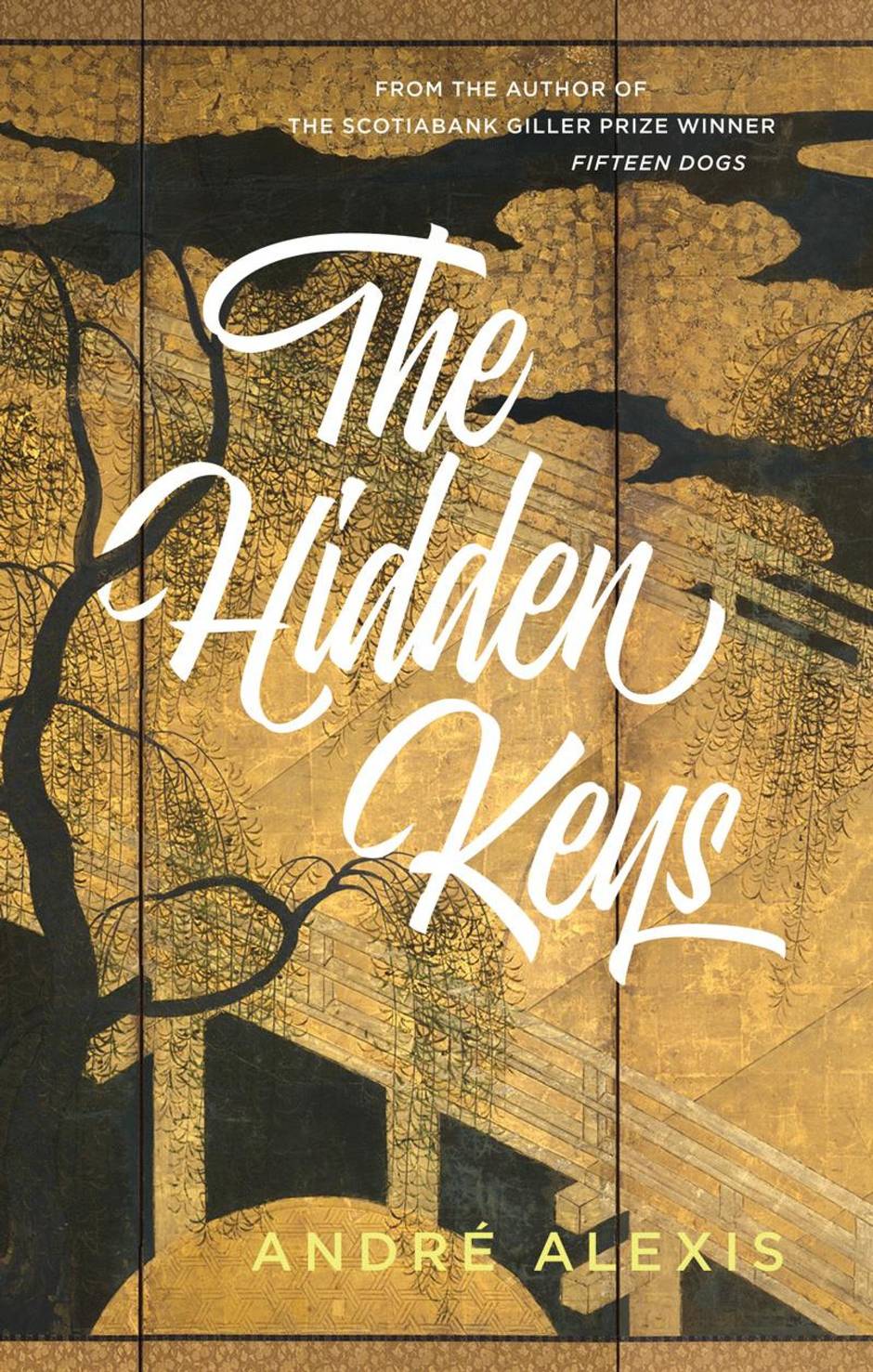 Less than a year after winning the Giller Prize for Fifteen Dogs – the finest novel of 2015 – André Alexis returns with the third book in his “quincunx,” this one a Treasure Island-inspired adventure featuring a thief named Tancred Palmieri searching for (meaning planning to steal) five mysterious objects that, once found, promise to lead him to riches beyond his wildest dreams. 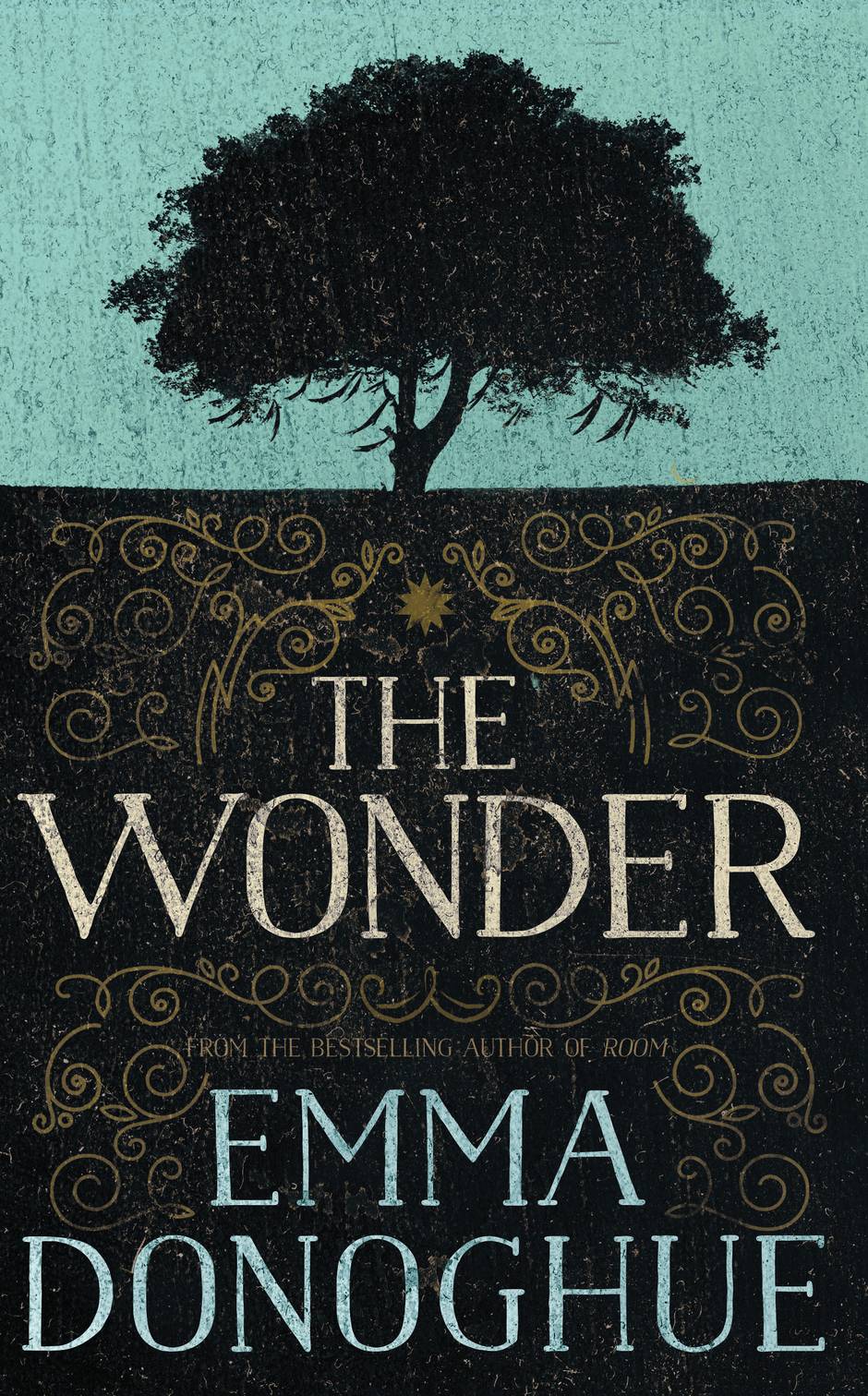 The Wonder, by Emma Donoghue, Sept. 20

Emma Donoghue’s latest, set in an Irish village in the mid-19th century, concerns a young woman named Anna who has been fasting for weeks but cannot seem to die. After the community devolves into a circus-like atmosphere – tourists come to see her, journalists arrive to tell her story – a nurse named Lib is summoned to determine whether the “miracle” is a result of divine intervention or a long con. 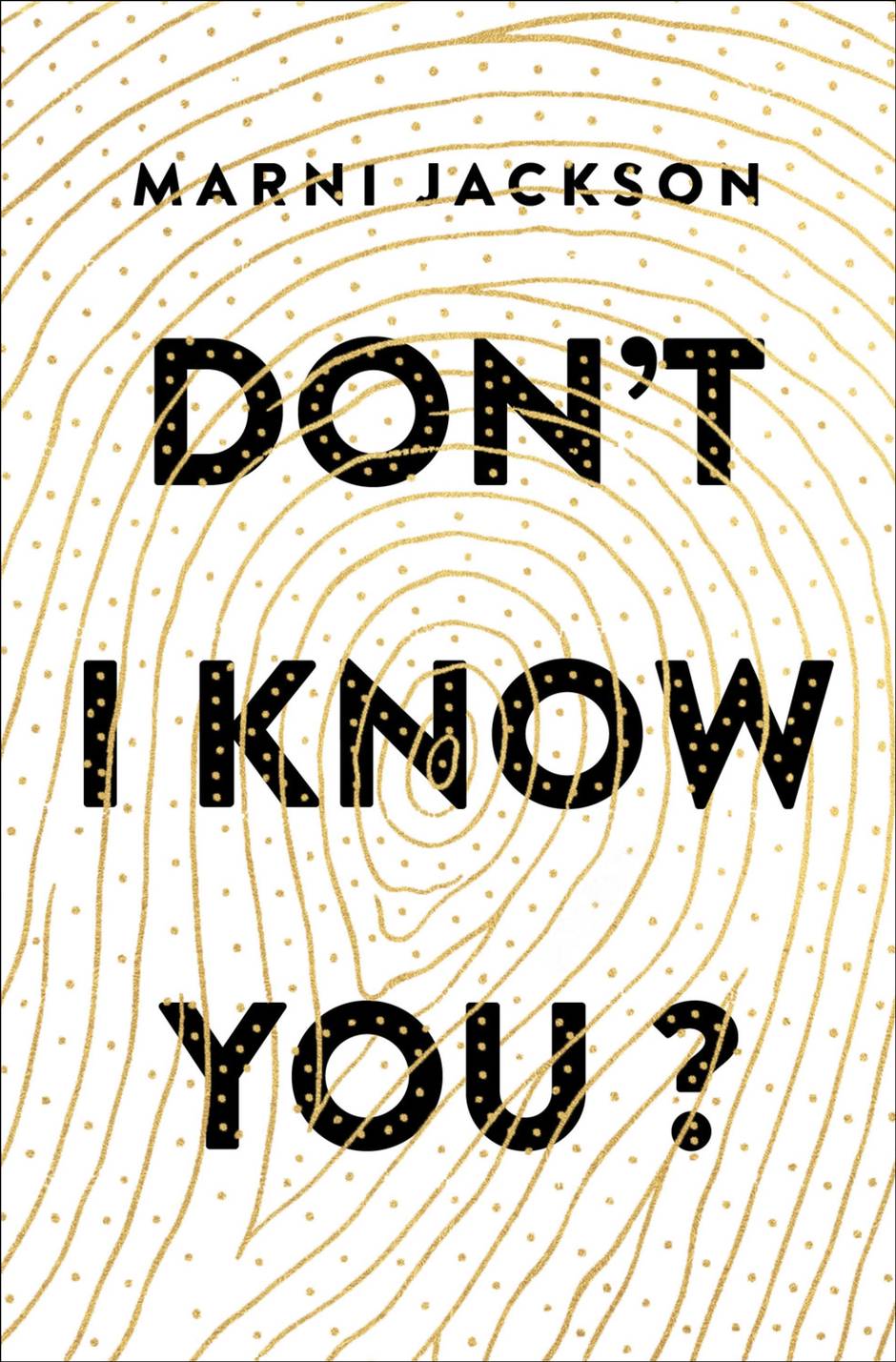 One of Canada’s most award-winning journalists, Marni Jackson (The Mother Zone, Pain, Home Free) delivers her first work of fiction, Don’t I Know You?, a novel-in-stories about a woman named Rose McEwan whose life intersects with a strange mix of celebrities, including Joni Mitchell, Meryl Streep, Bob Dylan, Van Morrison, and a canoe trip with Leonard Cohen, Taylor Swift and Karl Ove Knausgaard. 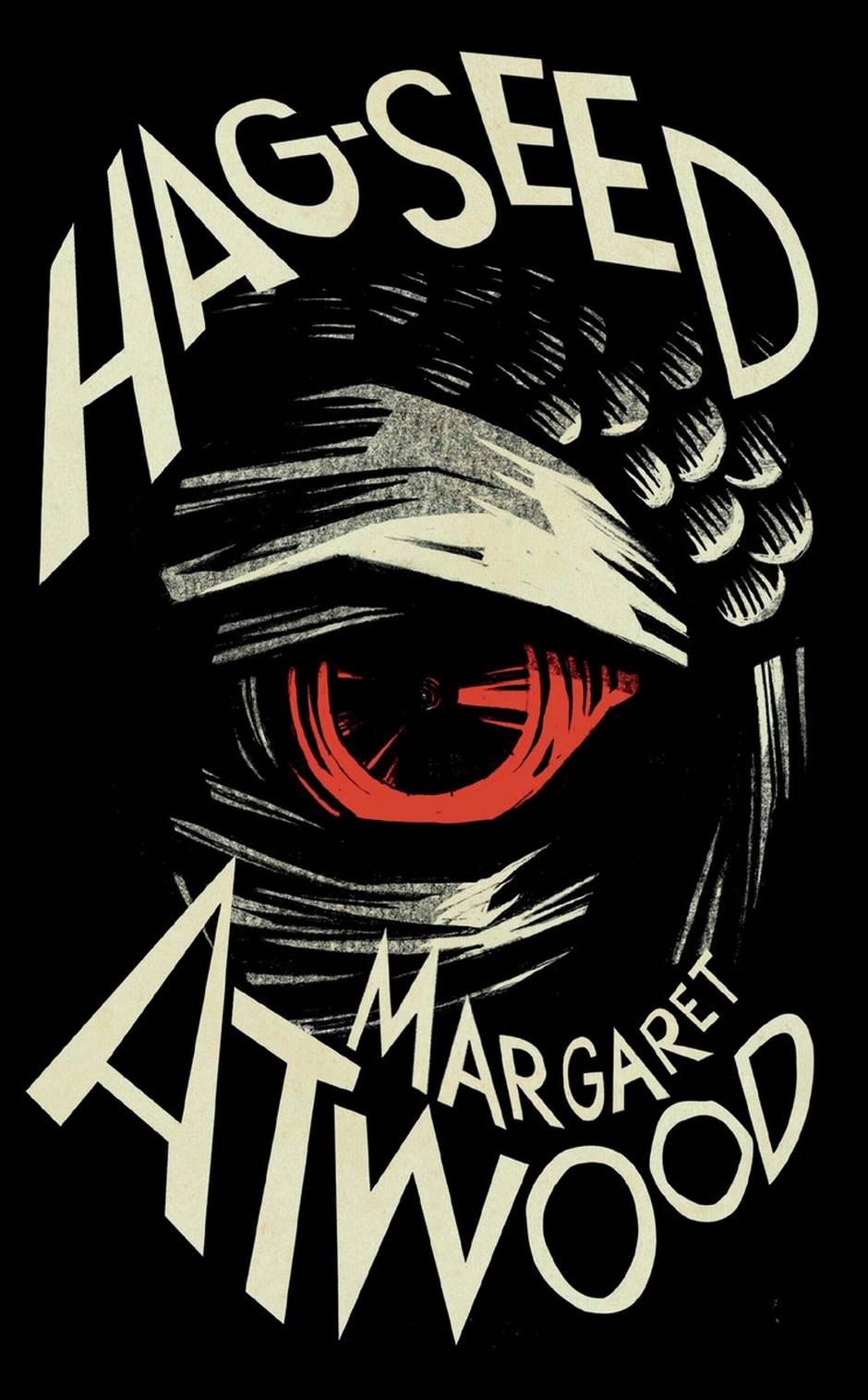 In the latest entry in the Hogarth Shakespeare series, in which some of the world’s best-loved authors reinterpret and reimagine some of the Bard’s best-loved plays, Margaret Atwood unleashes her creative powers on The Tempest. (If you’re wondering about the title, “hag-seed” is one of the insults the sorcerer Prospero lobs at his wretched slave, Caliban: “Hag-seed, hence!/ Fetch us in fuel; and be quick, thou’rt best,/ To answer other business.”) 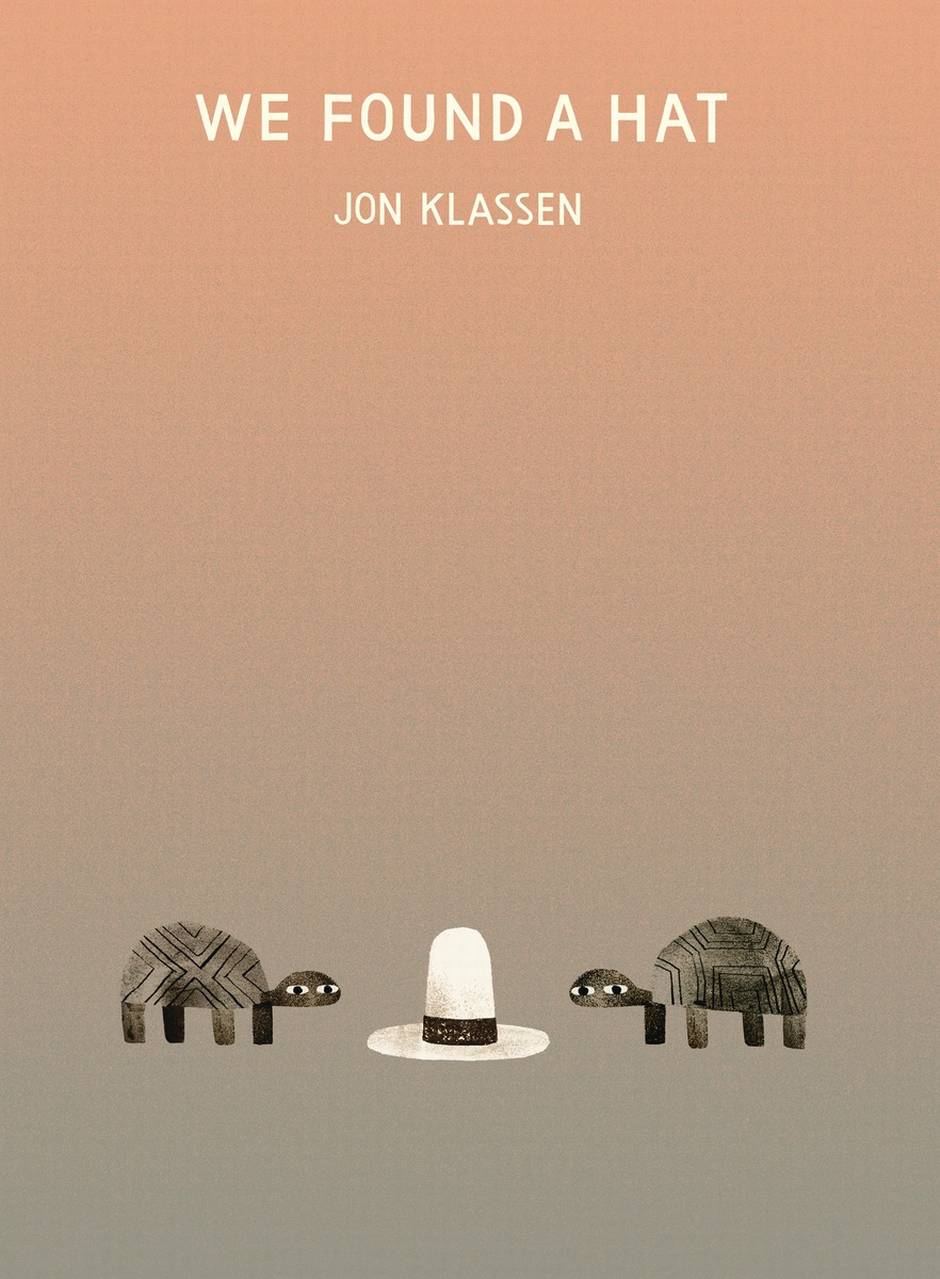 The most epic trilogy since Lord of the Rings comes to its heart-stopping conclusion. Two turtles come across a handsome ten-gallon hat in the middle of the desert; only one can wear it. We Found a Hat is a surprisingly nuanced exploration of friendship, bargaining and millinery. Bonus: You don’t have to have read I Want My Hat Back and This Is Not My Hat to understand what’s going on. 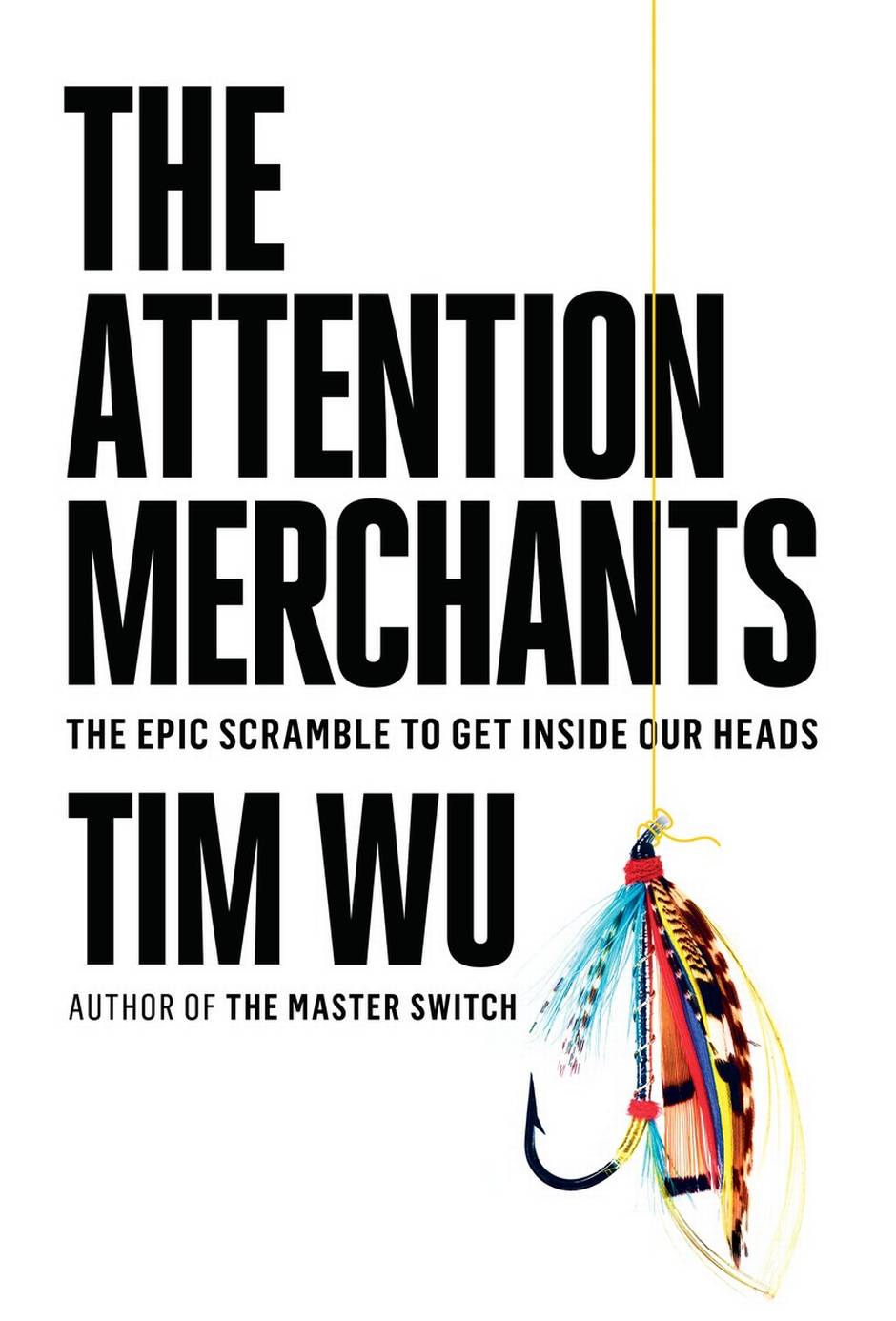 Want to watch a video on YouTube? Odds are you’ll be subjected to an ad first. Trying to check out the latest on Twitter or Facebook? Good luck avoiding all that sponsored content. Wu, a McGill and Harvard-trained lawyer, and author of 2010’s The Master Switch: The Rise and Fall of Information Empires, looks at the fascinating history and disturbing future of everyone and everything that wants to get inside our heads. 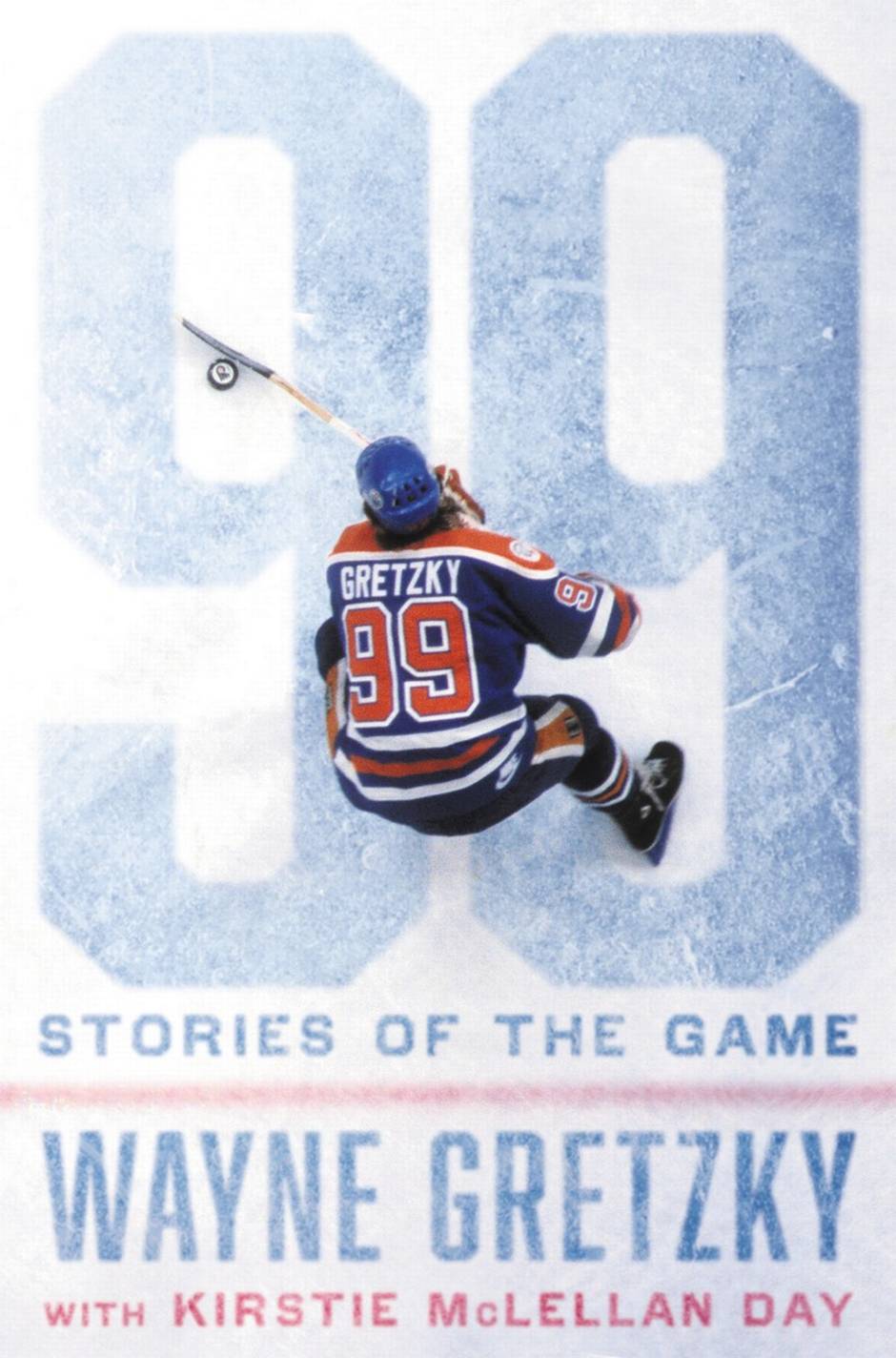 With apologies to Gordie Howe (R.I.P.), Wayne Gretzky is the greatest hockey player of all time. No. 99 finally delivers his long-awaited memoir, from his childhood in Brantford, Ont., to his record-setting run with the Edmonton Oilers, to his trade to the Los Angeles Kings, to his life off the ice. 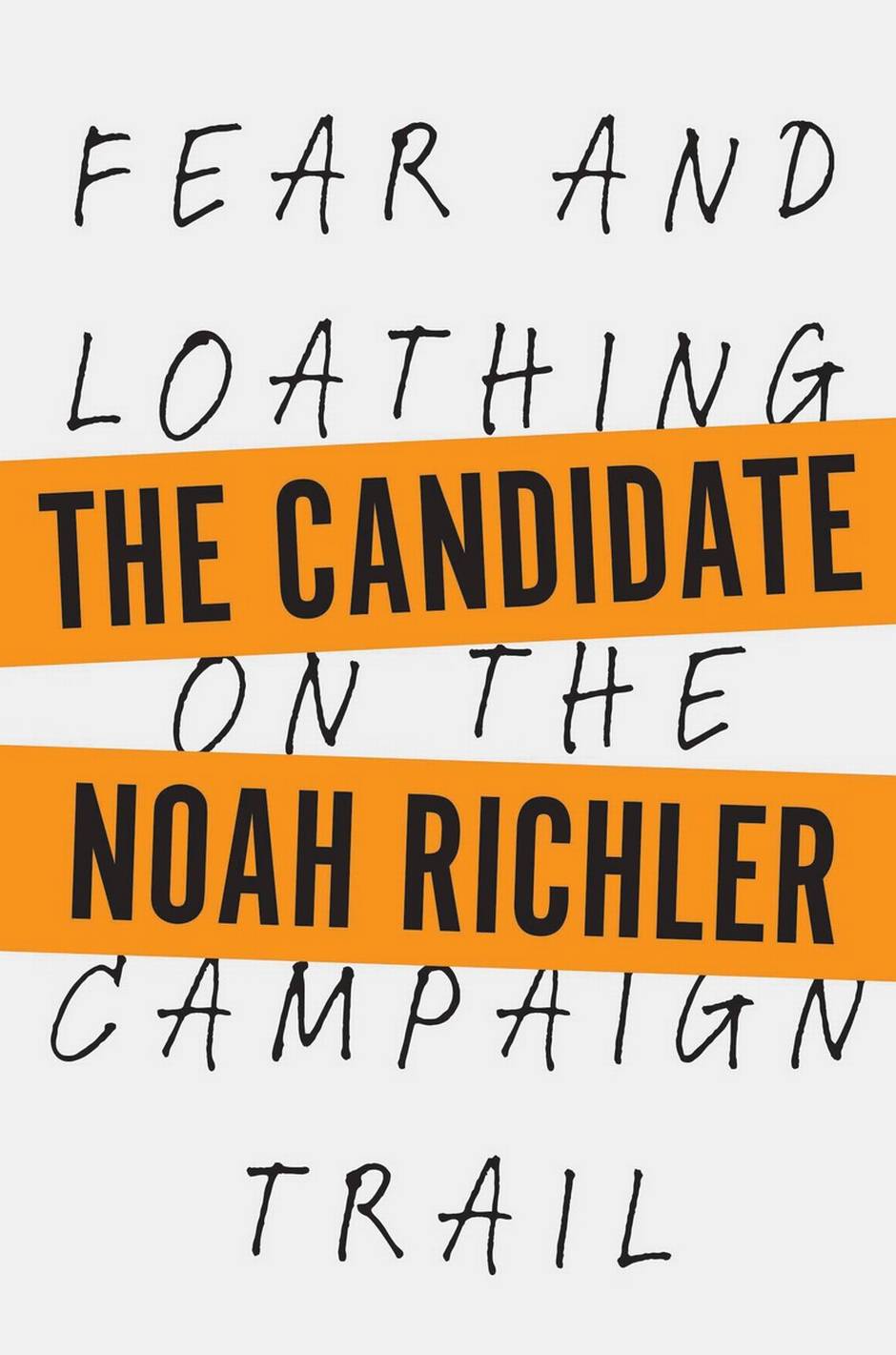 The Candidate, by Noah Richler, Oct. 18

In the lead-up to last fall’s federal election, Noah Richler was recruited by the NDP to run in the riding of Toronto-St. Paul’s. He had almost no hope of winning. Despite the fact there’s no Hollywood ending – Richler finished third, with less than 15 per cent of the vote – the experience provided an up-close-and-personal view of Canadian politics, and, luckily for us, fodder for a memoir. 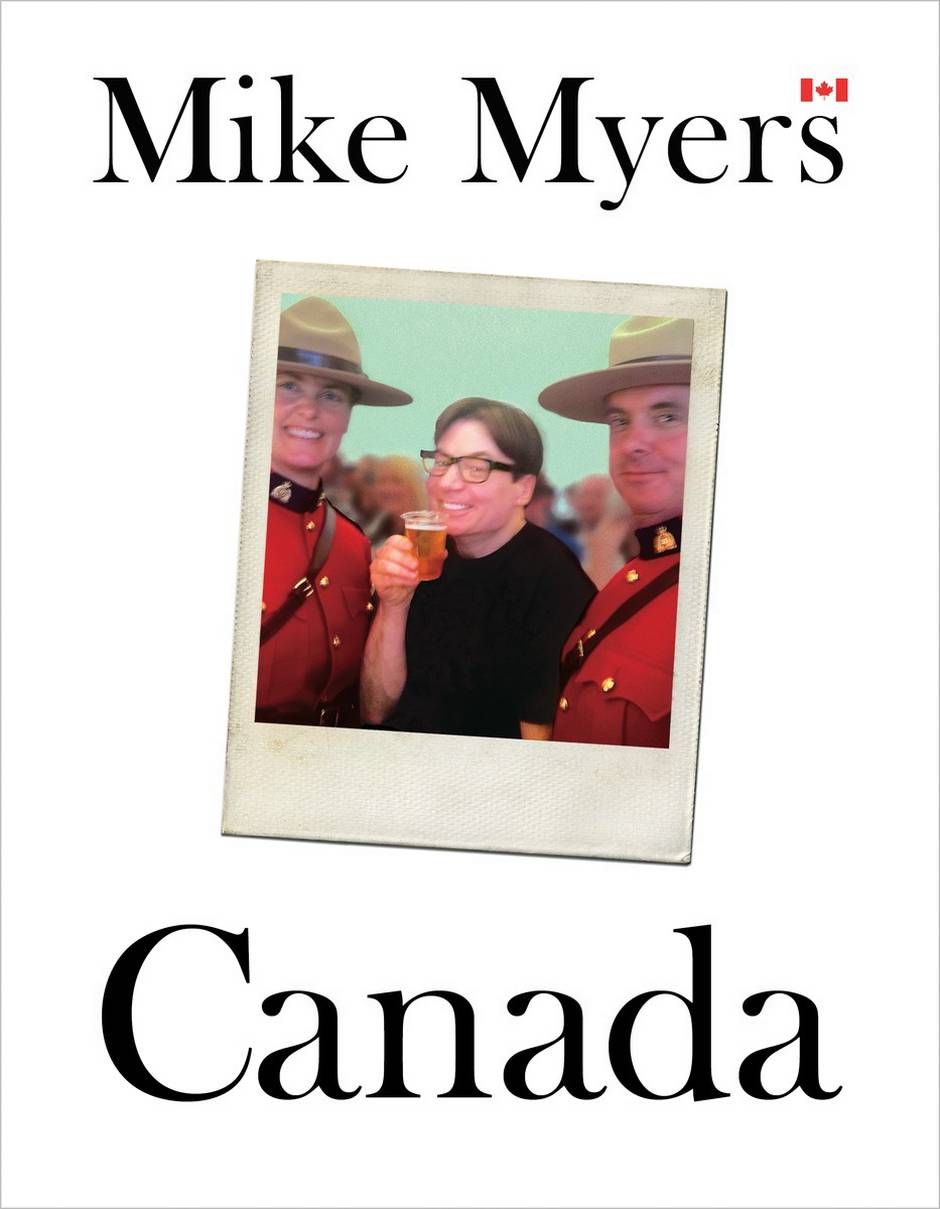 Just in time for the sesquicentennial, Mike Myers – the man behind Shrek, Wayne Campbell, Austin Powers and Dr. Evil – delivers his first book, Canada, a love letter to his home and native land. It’s actually one of two non-fiction offerings by Canadian comedians to be published this fall – the other, Norm Macdonald’s Based on a True Story, is out in September. 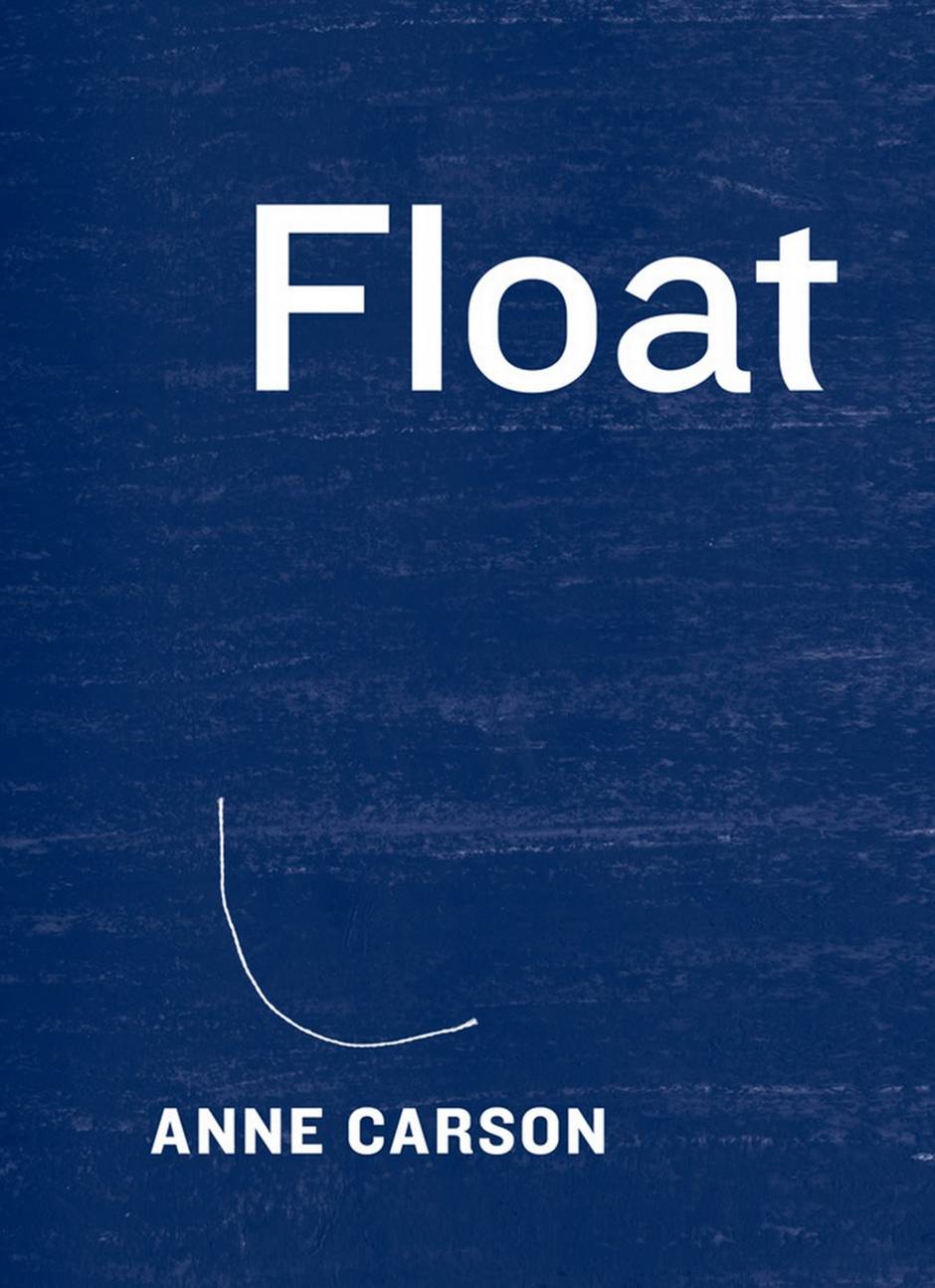 Here’s the publisher’s description of Float: “The finished copy of this book will consist of 22 individual chapbooks with full-colour covers, which will be gathered together in a blue cover jacket and housed in a clear acetate slip case.” Okay then. In any case, Anne Carson once again re-envisions what a book can be. 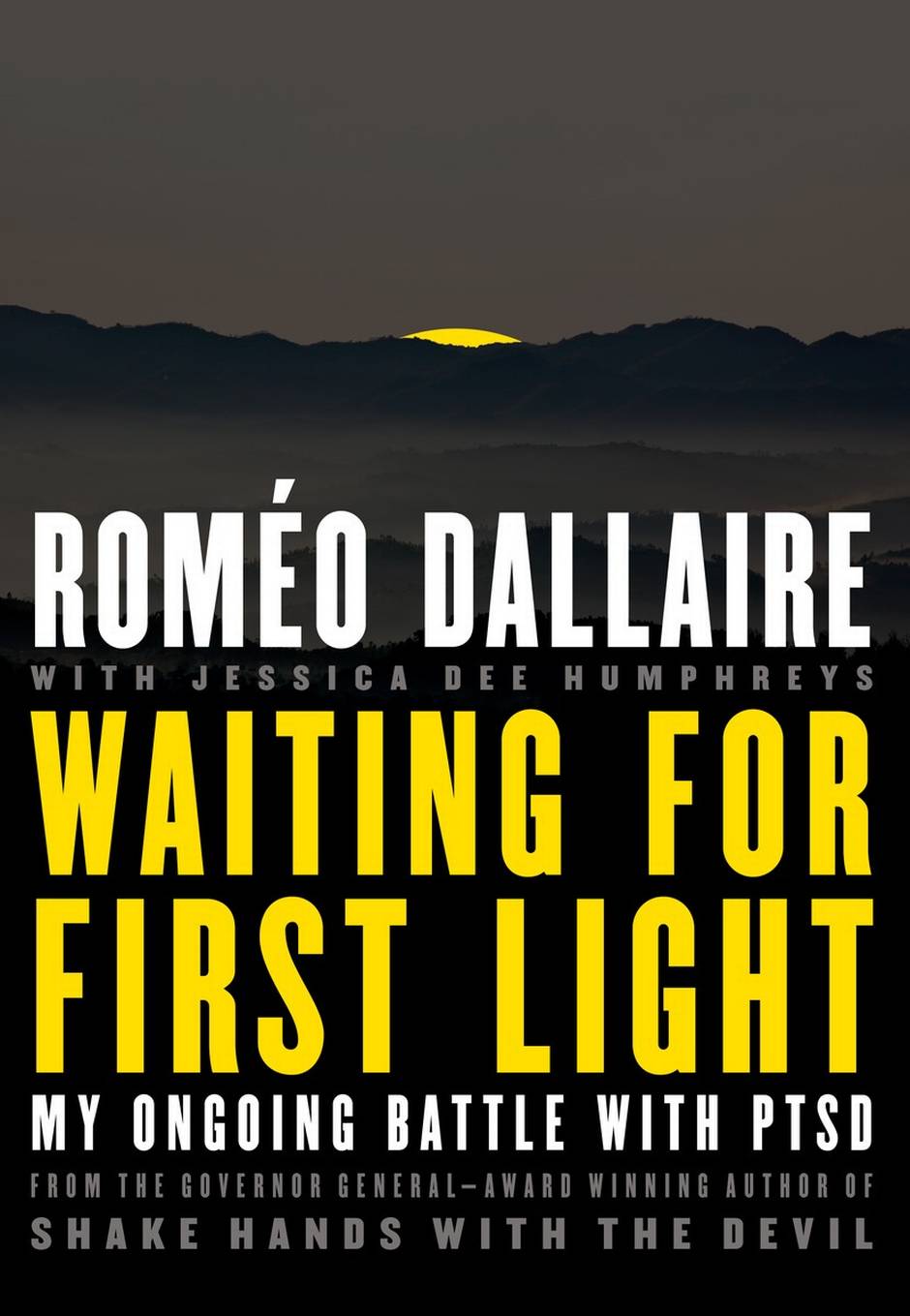 After spending more than 30 years with the Canadian Armed Forces, Roméo Dallaire was given a medical dismissal in April, 2000, the result of post-traumatic stress brought on by his experiences during the Rwandan genocide, which he chronicled in Shake Hands with the Devil. In his latest memoir, he opens up about his struggles with PTSD in the years since. 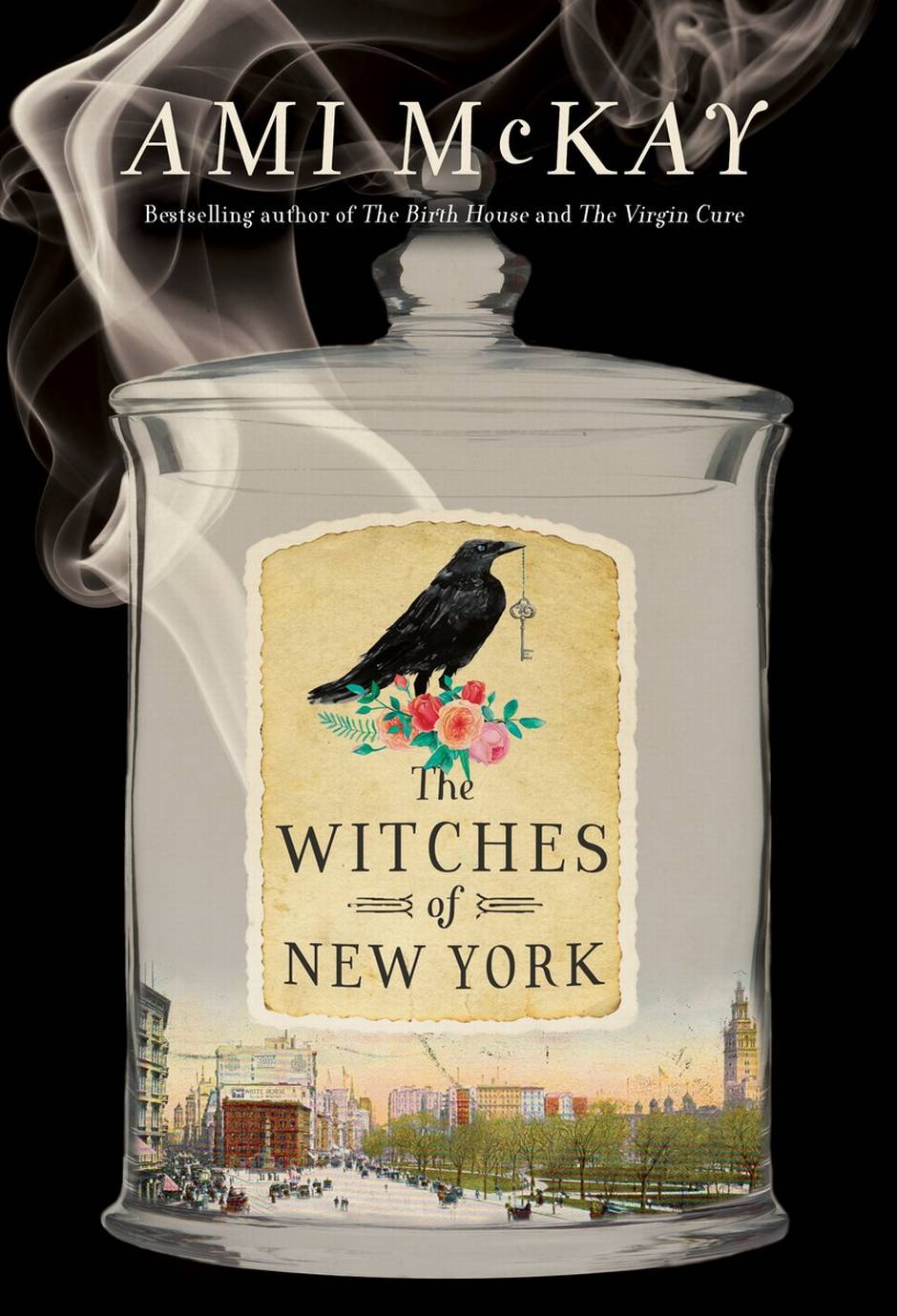 This might only be Ami McKay’s third novel, but she has already become one of the country’s most beloved storytellers. The Witches of New York is a semi-sequel to The Virgin Cure, in which that novel’s heroine, Moth, now calling herself Adelaide Thom, opens a “tea shop” with a young witch that sell potions and other odds to the upper echelons of New York. 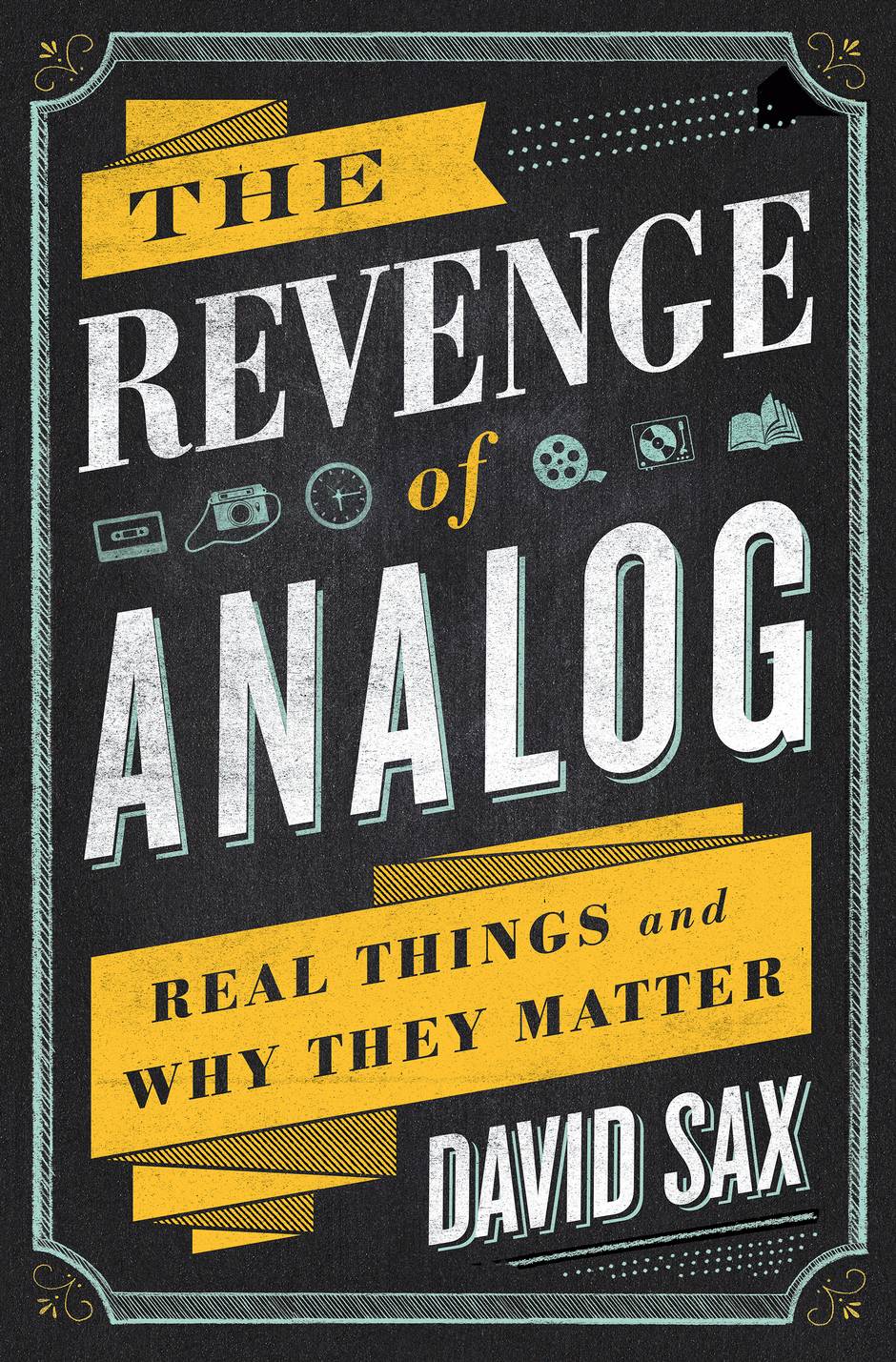 The Revenge of Analog, by David Sax, Nov. 8

Everything old is new again. After publishing a pair of books devoted to food (Save the Deli and The Tastemakers), Toronto journalist David Sax’s latest celebrates technology (and ideas) once thought on the verge of obsolescence, from vinyl and paper, to board games and books. There’s a chapter on newspapers, right? 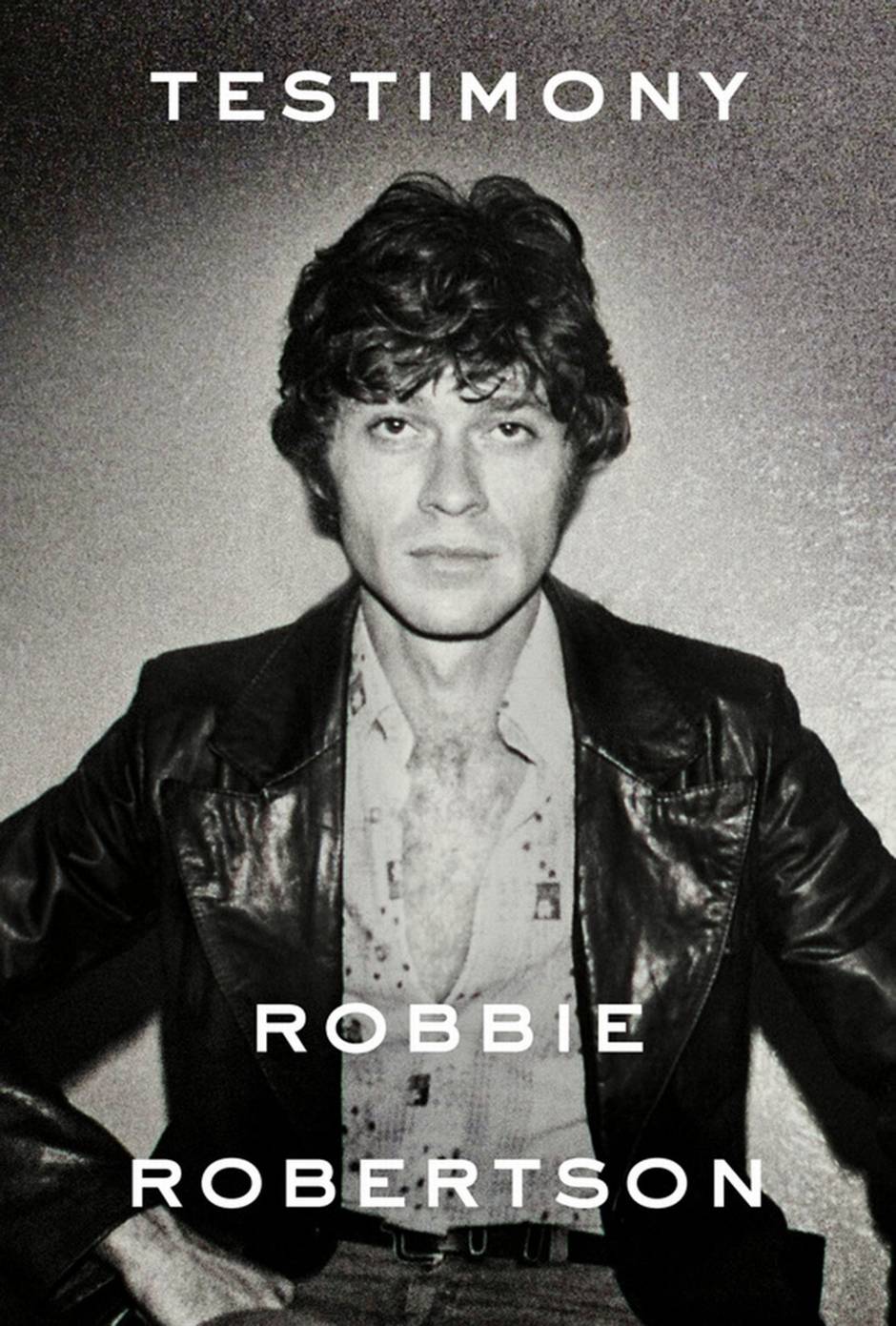 This fall sees the release of much-anticipated memoirs from the likes of Bruce Springsteen (called Born to Run, of course, and out in September) and Beach Boy Brian Wilson (I Am Brian Wilson, out in October). Here at home, legendary singer-songwriter Robbie Robertson writes about his childhood in Toronto and on the Six Nations Reserve to touring the world with the Band.