In the summer times of my youth, adults had less authority. We kids were left to our own devices, unsupervised. In the summer we would test the boundaries that our parents had set for us. My older sister Justin jumped off a second-floor balcony to see if it could be done. She proved definitively that it couldn't when she broke her arm. It is in the world of a child's summers that the drama of To Kill a Mockingbird takes place.

Scout, like me, was raised by a single father. Atticus is one of the most famous literary dads in history. Like all readers, I was enthralled by his noble, melancholic ways. Atticus always had such wonderful advice for his children. He lectured them about human decency and dignity, and thinking for themselves.

Although I was wildly impressed by Atticus, I understood that not everyone could live up to his ideals and actions. My own father didn't have the gravitas of Atticus. His advice was more along the lines of, learn to play a tuba, you'll always have work, because the world's always short on tuba players. Or, never put a car in your wife's name, you're just asking her to steal it. He liked to read the Canadian Tire circulars in the evenings and shake his head at how expensive everything was.

Whereas Atticus was a lawyer, my dad was always on the wrong side of the law. Like once he sprayed a neighbour he didn't like with a garden hose. Then they got into a fistfight and the police were called. But it was very hard to glean any sort of moral from that event.

However, my dad did try to raise me to be independent like Scout. He never instructed me about how to be a girl. He did all the housework himself, never suggesting once that it was something a woman ought to do. He fried up the scrambled eggs in the morning and mopped the floors, usually at midnight. He always gave me his old clothes to wear: bell bottoms and checkered trench coats. He was good with a sewing machine and was often able to make them into my size. I looked like I was a member of the cast of American Hustle.

Scout also dresses like a boy, but she is pressured by everyone around her to doll herself up and behave like a Southern lady, something that does not come naturally to her. She wants all the freedoms that her brother Jem has. Scout isn't a tomboy, she's just a girl who was encouraged to think for herself when she was little. Throughout the book, she confronts much older authority figures with both hilarious and moving abandon.

Society is seen as the great corrupting force in the novel. In the book, the institutions that were created to uphold the rights of people are used to persecute and destroy an innocent man. It applauds, instead, the individual spirit. The power of the book resides in the idea that we must all engage in fighting against oppression, no matter how small and powerless we may feel in the face of it. When Scout's life is endangered, Boo Radley, the character without any agency, comes out of his domestic prison to save her.

I still have my copy of To Kill a Mockingbird that I stole from high school in Grade 8. Inside the front cover are the names of the different students from years before. I read it to my daughter on a Greyhound bus when she was seven, and she stuck her arms up in the air when I was done, declaring it the greatest book ever written.

Many of us have read To Kill a Mockingbird many times throughout our lives, falling in love with it as a child and then rereading it. The reason that children love the novel is that despite their general propensity for idiocy – the getting run over by cars, the eating of 10 Pixy Stix in a row, the jumping off of roofs – there is a wisdom that children have that the book acknowledges. It gives children a voice in the conversation about racism, allowing them to pose questions and comment on the world. It thus elevates the concerns of a child to the level of those of important politicians.

In my summers, my friends and I would sit around cross-legged in our filthy running shoes, our limbs covered in bug bites and stuck-on tattoos of tigers, debating the world around us. Decades after To Kill a Mockingbird was written, we knew that racism still existed and was endemic. It was all around us in our neighbourhood, in the news, in popular culture. We knew it wasn't the world we wanted to grow up in. To Kill a Mockingbird is a primer for pint-sized revolutionaries and free thinkers.

The mockingbird is the child – who speaks in order to understand, who asks the beautiful lilting question, Why?

This sequel is a work Harper Lee wrote and then hid in Boo Radley's tree to delight the child in all of us. Who knew she had another song up her sleeve? I will be curious to see how Lee navigates the gender roles in the 1950s, her description of the civil rights movement and the transformation of the tiny liar next door, Dill, into the marvellous raconteur Truman Capote.

Heather O'Neill is the author of Lullabies for Little Criminals and The Girl Who Was Saturday Night. 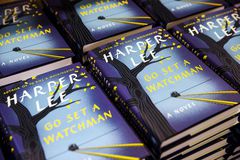 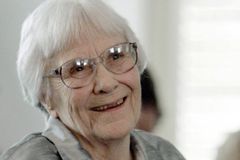