ALEXANDRA MOLOTKOW
Special to The Globe and Mail
Published December 8, 2014 Updated May 12, 2018

'A woman … knows instinctively that the only wrong is to hurt others, and that the meaning of life is love." The woman who wrote these words, Valerie Solanas, was an attempted murderer, but that doesn't make them any less true. If you boil it way down there is one big right and one big wrong, which leaves so many possibilities for joy.

"The living hold life/to a minimum of existence/but are still afraid of death," wrote Cookie Mueller in her diary in 1965; she was 16, and smouldering in the suburbs of Baltimore. The page is reproduced in Chloé Griffin's Edgewise: A Picture of Cookie Mueller, which is an oral history of a remarkable person and her world, as well as an underground culture and the places that hosted it – freak villages, Pee-wee Herman enclaves that seem like paradise from the crush of a major city in 2014. It's also about possibilities for joy.

Mueller is best known for her roles in John Waters's early films: "Her most famous scene is a scene where she's having sex with a chicken," Griffin, an artist, actress and filmmaker who lives in Berlin, said on Breakfast Television, referring to Pink Flamingos. Mueller is also known for her writing: an arts column for Details, a health advice column for The East Village Eye and several books – a thin collection of her stories, Walking Through Clear Water in a Pool Painted Black, is still in print. Most people who read her writing wish there'd been more of it; she died at 40, of AIDS-related illness. Her friend Gabriel Rotello told Griffin, "Her memorial was incredibly well attended for a time when people were really getting tired of them."

Mueller was a genius, I think, which isn't to say she was a genius actress or writer. Her writing is wonderful, but you just can't separate the work she did from the way she was – that was her genius. Plenty imagine the world in neat ways, but Mueller didn't only imagine. She found the right people, and the right places, to enable the life that occurred to her, and you sense that she couldn't have lived otherwise. This is why her best writings are stories from her life, and why her life is so well suited to oral history.

Mueller spent time in Haight-Ashbury, ticking the box, but she fared better in Fell's Point, Baltimore ("Whores, sailors, bull dykes, winos," said Susan Lowe); Provincetown, Mass. ("Like a dumping ground for the ne'er-do-wells," said Channing Wilroy); downtown Manhattan in the seventies and eighties ("A kind of graveyard of skyscrapers," said Michael Oblowitz); and Positano, Italy, where she met her husband, Vittorio Scarpati, who died several weeks before she did.

Wherever she went, Mueller was a star. She's remembered as stylish to the nines and vibrantly empathetic, a rare combination of character and friend. In Provincetown, she met Sharon Niesp, her partner of many years and caregiver in the end; she also had a son. "She wanted my sperm," Earl Devries, his father, told Griffin; he was a Provincetown local who'd danced with Mueller at Piggy's, the town disco. "And she got it and we got Max." Mueller adored Max, although his arrival didn't change her lifestyle, particularly after she moved to New York. She sounds like the friendliest coke dealer in the city. "It was a Cookie style of mothering and it wouldn't have been anything that any mother at the time would have recognized as appropriate," Pat Burgee told Griffin, "but it was far more appropriate between the two of them than other people realized."

While her health advice was questionable – she once "prescribed" an enema to a friend whose appendix was about to burst – she seems to have believed what she needed to. "Cookie was always doing some crazy diet," said David Armstrong. "I mean, at that point it just seemed to me that she was evading what she knew to be true." (A particularly moving short story of hers, The One Percent, is about a urine fetishist – "sometimes he felt his heart would burst with love for pee" – who cures himself of AIDS by drinking his own.) One of the most tragic things about Mueller's death is that the virus seems the only force that could trump her conviction.

Mueller's genius was counter to what we expect of genius. Picasso's biographer John Richardson described him as "like a vampire," sucking the life force out of those who loved him; Bob Dylan's ex-girlfriend, Suze Rotolo, wrote that he was "a beacon, a lighthouse. He was also a black hole." Mueller worked in reverse: Everyone she knew was a character, and she made them all happy. She was, in her way, wholesome, which just means that every part of her life made the same kind of sense, from her style to her sleeping habits. Some people are like that.

Studies of unsung artists often suffer from an agenda – proving the subject's influence – which makes them tedious. Sometimes they're less about the subject than the author, which makes sense: Authors have egos and time commitments to justify, as well as rich imaginary friendships that often compete with those of the authentically bereaved. But Griffin isn't a biographer per se. She writes about calling up an initially wary Niesp and being welcomed, eventually, into the community of Mueller's memory. The project unfolded from "tales and clues, the scent of new friendship and adventure," and feels like a tribute that wrote its own terms. It's also a love story, a true love story – true love, and raw grief, for a woman who died 25 years ago. Reading it made me feel fluish.

What frightens me most, more specifically than death, is the end of possibility. I don't want it to ever feel like Sunday, but then I worry about being alone out there. The life of Cookie Mueller – though it ended much too soon, at one of the cruellest turns in modern history – offers so much hope: that you can have adventures and make fun out of garbage, and be kind and always in love.

People’s Sexiest Man Alive issue is as sexy as a live comedy sketch
May 12, 2018 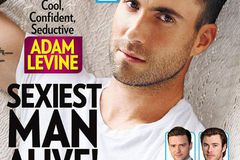 Mallory Ortberg channels characters through her own voice
May 12, 2018 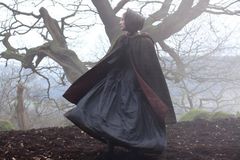 Be patient with Scott Walker and his art will be your reward
May 12, 2018 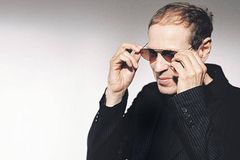