Dissension flowered in the fall literary sweepstakes with Tuesday's announcement of the short list of five books competing for the 2012 Governor-General's Literary Award in fiction, none of which appeared on the just-announced short list of nominees for the 2012 Scotiabank Giller Prize.

The non-coincidence is especially striking in view of a third short list of books competing for the Rogers Writers' Trust Fiction Prize, which shares two nominees with the Governor-General's list but only one with the Giller list. Taken together, the three committees have nominated a total of 12 different books – three short of the maximum possible disagreement.

The divergence of opinion among literary experts contrasts with the solidarity that occurred last year, when three of the five books on the Giller and Governor-General's list were identical, and two books – Giller winner Half-Blood Blues, by Esi Edugyan, and Writer's Trust winner The Sisters Brothers, by Patrick deWitt – appeared on all three lists.

The latest moves in the 2012 race put two new contenders out in front by a nose, by virtue of their appearance on both the Writers' Trust and Governor-General's lists. One is The Purchase by Toronto's Linda Spalding, an intense melodrama set in slave-era Virginia. The other is Siege 13, a short-story collection by Tamas Dobozy of Kitchener, Ont.

The Governor-General's jury alone nominated The Headmaster's Wager by Toronto's Vincent Lam, a former Giller Prize winner. It also singled out Carrie Snyder of Waterloo, Ont., nominated for The Juliet Stories. Robert Hough of Toronto, whose Dr. Brinkley's Tower appeared on the Giller long list but not among the final five, came back to win a spot on the Governor-General's short list.

One potential favourite in the G-G race, Annabel Lyon's The Sweet Girl, was scratched when her publisher, Random House Canada, missed the deadline for submissions. The book will still qualify for the 2013 contest and be entered then, according to a company spokesman.

More diversity appeared on the short list for the Governor-General's award for non-fiction, which shares no titles with the recently announced list of nominees for the Hilary Weston Writers' Trust Prize for Non-Fiction.

Leading the pack is British-based, Saskatchewan-born Ross King, nominated for Leonardo and the Last Supper. A prolific writer who won the award in 2006 for The Judgment of Paris, King subsequently earned several nominations and awards for The Defiant Spirits, about the Group of Seven artists.

After being nominated last year for several awards, including the Charles Taylor Prize for Literary Non-Fiction, Wade Davis's Into the Silence: The Great War, Mallory and the Conquest of Everest returns this year to compete for a Governor-General's award.

CBC reporter and literary newcomer Nahlah Ayed lands on the non-fiction list with A Thousand Farewells: A Reporter's Journey from Refugee Camp to the Arab Spring. Also nominated for the non-fiction award are Carol Bishop-Gwyn for The Pursuit of Perfection: A Life of Celia Franca and Noah Richler for What We Talk About When We Talk About War.

Winners of the awards in seven French and seven English categories each receive $25,000, with a total of $450,000 to be distributed to Canadian writers this year. Results will be announced Nov. 13 at a ceremony in Montreal. 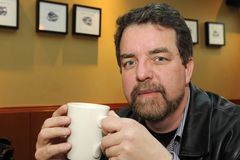 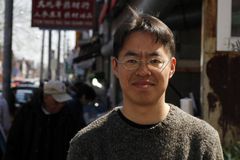 Making it up: Annabel Lyon on the challenge of writing historical fiction
September 21, 2012 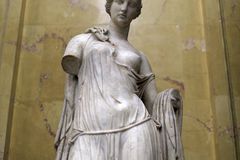