Ewan Morrison is an established British writer with a credit-choked resume and a new book out, Tales from the Mall, that the literary editor of the venerable Guardian newspaper hailed as "a really important step towards a literature of the 21st century."

By his own account, Morrison is also being driven out of business by the ominously feudal economics of 21st-century literature, "pushed into the position where I have to join the digital masses," he says, the cash advances he once received from publishers slashed so deep he is virtually working for free.

"I've been making culture professionally for 20 years, and going back to working on spec again seems to be a very retrograde step," Morrison says. "But it's something a lot of established writers are having to do."

And not only them: From the heights of the literary pantheon to the lowest trenches of hackery, where contributors to digital "content farms" are paid as little as 10 cents for every 1,000 times readers click on their submissions, writers of every stature are experiencing the same pressure. Authors are losing income as sales shift to heavily discounted, royalty-poor and easily pirated ebooks. Journalists are suffering pay cuts and job losses as advertising revenue withers. Floods of amateurs willing to work for nothing are chasing freelance writers out of the trade. And all are scrambling to salvage their livelihoods as the revolutionary doctrine of "free culture" obliterates old definitions of copyright.

The economic trajectory of writing today is "a classic race to the bottom," according to Morrison, who has become a leading voice of the growing counter-revolution – writers fighting fiercely to preserve the traditional ways. "It looks like a lot of fun for the consumer. You get all this stuff for very, very cheap," he says. But the result will be the destruction of vital institutions that have supported "the highest achievements in culture in the past 60 years."

In short, he predicts, "There will be no more professional writers in the future."

Many will cheer, Morrison admits, including the more than one million new authors who have outflanked traditional gatekeepers by "publishing" their work in Amazon's online Kindle store. "All these people I'm sure are very happy to hear they're demolishing the publishing business by creating a multiplicity of cheap choices for the reader," Morrison says. "I beg to differ."

So does bestselling novelist and lawyer Scott Turow, current president of the influential Author's Guild. He has drawn heavy criticism from digital partisans for defending the diminishing rights of "legacy publishers" currently under U.S. Justice Department investigation for allegedly fixing ebook prices.

Predatory price wars initiated by market behemoth Amazon directly devalue the written word, according to Turow. So does the willingness of young writers to work for nothing in the hope of future rewards. "You can't be a professional writer unless you get paid for it," he says.

"The third peril," Turow adds, "is the generalized assault on copyright from the book pirates on one hand and the [free content] people on the other."

Digital self-publishing may work for already established authors, according to Turow, "but it's one more instance of the winner-take-all economy. It doesn't allow young writers to flourish and it is not in my judgment a good thing."

Nor is self-publishing profitable for the majority of authors, according to a recent British survey. It found that half of the writers – many no doubt lured by well-publicized tales of spectacular success achieved by a handful of fellow novices – made less than $500 a year for their efforts.

To Authors Guild members who have embraced digital opportunities and resent the president's defence of the status quo, Turow has a ready answer. "I say, 'I'm really glad publishers are no longer barricading your way to a readership. But that doesn't mean, if you were able to choose tomorrow, you wouldn't rather get paid in advance.' "

The livelihoods of serious writers will continue to depend directly on the health of traditional publishers, "the venture capitalists of the intellectual world," according to Turow.

As if to prove the point, self-publishing stars who have grown rich selling 99-cent novels online, including young-adult author Amanda Hocking and Fifty Shades creator E.L. James, all sign what Morrison calls "a proper publishing deal" as soon as they are able.

"It just goes to show you can't have it both ways," the British author adds. "You can't on the one hand say, 'This is a revolution that's going to sweep away the hierarchies of the publishing houses,' and at the same time say, 'Hey, you big guys, give us a deal.' "

Writers' Union of Canada chair Merilyn Simonds likewise challenges what she sees as the magical thinking of the free-content movement. "Younger generations are so steeped in consumerism I think sometimes they don't understand where that's taking them," she says. "Who benefits from all this free content? Google. They're making enormous profits from free content."

So are entrepreneurs like Arianna Huffington, who built and sold a $315-million business by "aggregating" other writers' work.

By contrast, the average annual income of a Writers' Union member is $11,000, according to Simonds. And the union is currently facing "decades of litigation" over copyright law and collective licensing agreements in an effort to protect those paltry incomes from further erosion.

"Is this the Canada we want?" she asked after a recent Supreme Court decision that extended the rights of educators to photocopy books without compensating writers. "A Canada that has to import its literature because it forced its own creators to work for free until eventually they gave up?"

All the critics admit that the digital revolution has brought tremendous opportunities as well as challenges, and many are working assiduously to exploit those opportunities. Derek Finkle of the Canadian Writers Group, an agency that represents more than 100 non-fiction writers, touts the recent success his clients have achieved online. Paula Todd went straight to Kindle with her recent long article about Karla Homolka, while Russell Smith found online sales with Blindsided, an expanded version of a just-published magazine article.

But when it comes to negotiating typical deals to supply content to conventional media, Finkle adds, old rules apply. Top-tier writers can rarely command more than $1 a word – the same rate their predecessors enjoyed 30 years ago. The cost of housing in Toronto has increased 700 per cent over the same period, Finkle points out – and media executive salaries are hardly stagnating.

"If you're good, how long do you want to go on being paid at rates that are really far beneath what people get paid to put their bum in an office at a media outlet?" he asks.

The answer is that you don't, says Winnipeg writer Jake MacDonald, who has shifted much of his effort from the journalism that once supplied most of his income to writing corporate histories. "It's quick money," he says, and no more dispiriting than writing screenplays that never get produced due to network cutbacks. "But let's face it," he adds. "You're not following in the footsteps of Isaac Bashevis Singer when you're doing that kind of stuff."

"My ecological model is the raccoon – a diversified survivor," MacDonald adds. "I'm always writing, but the survival plan continues to evolve."

"I'm surviving as well as I ever did," MacDonald says, "but in completely different ways."

Yet another pillar of the old regime crumbled last week when one of the world's largest and most recognized book publishers, The Penguin Group, spent $116-million to acquire upstart vanity publisher Author Solutions Inc. , an Indiana-based firm that earns most of its income not by selling books, but by charging amateur authors hefty fees to produce unsellable books.

Whatever else that might mean, one thing is certain: Writers will pay. 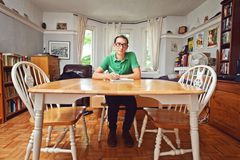 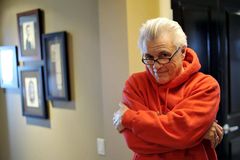 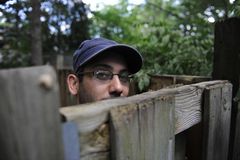