Part autobiography, part cascade of ideas, part critique of the way we live/learn/earn now, Thinking the Twentieth Century packs a tremendous punch. If Tony Judt's formidable intelligence, erudition (he earned his doctorate in social history at 24) and cosmopolitanism (apart from his native English, he knew French, Hebrew, German and Czech) are extraordinary, how can one describe the courage and resourcefulness that allowed him, while stricken with ALS (Lou Gehrig's disease), to compose a memoir ( The Memory Chalet), a passionate defence of the values informing the post-Second World War British welfare state in which he was raised ( Ill Fares the Land) and the volume under review?

Thinking the Twentieth Century is in many ways as difficult a book as Judt was a personage: As critical of Israeli policies as he is of Marxist thought, and excoriating what he terms "the cesspit of Theory," Judt was a formidable champion of unpopular and unfashionable positions. Describing himself as both utterly English and unmistakably the child of East European Jewish immigrants, he saw himself as an eternal outsider, a stance that allowed him to mount a strong critique of the American invasion of Iraq, in diametrical opposition, it should be remembered, to fellow expatriate Christopher Hitchens.

Because ALS rendered Judt physically incapable of writing a projected intellectual and cultural history of 20th-century social thought, he and fellow historian Timothy Snyder (the highly acclaimed Bloodlands) devised a collaborative text structured by a chronological narrative of Judt's development as a historian: from an early fascination with French socialism in theory and practice, to an engagement with Eastern European socio-political experience as seen through the lens of Czechoslovakia, to his emergence as a public intellectual both with the immense success of Postwar, his study of Europe from 1945 to 1989, and through a series of controversial essays in The New York Review of Books.

The various chapters of this narrative are prefaced with accounts of the key influences, personal relationships and academic/intellectual affiliations that shaped Judt's life of the mind and body. They also include discussions with Snyder – who functions as an active and equally learned interlocutor, and no mere interviewer – on subjects such as the epistemological distinctions between liberalism and Marxism and the Americanization of the Holocaust. Sometimes the effect is an exhilarating show of intellectual fireworks; sometimes the text becomes, to the non-specialist reader, an exercise in shoptalk, threatening to swell the number of books Judt himself describes as "written for [one's]friends and the library shelf."

What saves Thinking the Twentieth Century from this fate, making it a book to be read by every thinking person concerned with the calamitous state of the world we share, are the questions Snyder poses in the last portion of the book, especially "what is history for?"

In reply, Judt speaks urgently and incisively about the purpose of knowing history. Citing Condoleezza Rice's justification of the Iraq war by the U.S. occupation of postwar Germany, he observes, "Rigging the past is the oldest form of knowledge control: If you have power over the interpretation of what went before (or can simply lie about it), the present and the future are at your disposal. So it is simple democratic prudence to ensure that the citizenry are historically informed."

It is the task of the historian in any given society, he goes on, "to supply the dimension of knowledge and narrative without which we cannot be a civic whole." The implications for the teaching of history to high-school students and undergraduates are clear: It is a gross civic as well as pedagogical error, Judt observes, to teach our students "a confusing series of competing partial narratives, each one attached to a moral or ethnic perspective" instead of "data-laden history" via a clear, coherent narrative that explains as well as establishes what happened when.

Historians, Judt reminds us, are "also and always citizens, with a responsibility to bring our skills to bear upon the common interest." That interest, he insists, is ill served by the American phobia regarding state intervention: "But even a well-educated citizenry is not sufficient protection against an abusive political economy. There has to be a third actor there, beyond the citizen and the economy, which is the government. And the government has to be legitimate: in that it conforms to people's understanding of the basis on which they choose their rulers, and in that its actions correspond to its words."

Let us hope that voters heading to the polls this November to elect a president of the United States keep Judt's words in heart and mind.

Janice Kulyk Keefer is the author of numerous works of poetry and prose, including Honey and Ashes and The Ladies' Lending Library. 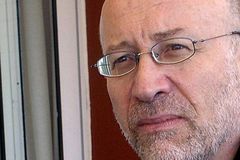