I like the play of language. When I lived in China years ago, I learned enough Mandarin to travel alone, to buy train tickets, to get directions and to enjoy simple conversations with people who invariably asked where I was from, what I was doing in China and didn’t I miss my mother.

Small talk in Canada, what the linguists call “phatic communion,” is usually about the weather. But in China people ask, “Chi le ma?” This means, “Have you eaten?” The conventional answer is a simple “yes” or “not yet.”

The first time I answered this question, I said that I hadn’t eaten but wasn’t hungry as I’d had rice and boiled peanuts for breakfast. It was like telling someone who says “Nice day” that the long-range forecast is rain but prevailing winds could change and weather is an inexact science. In other words, I missed the point. I didn’t yet know how to listen or interpret what I was hearing.

For the past 15 years I have been working on translations of Sumerian poetry and hymns about the goddess Inanna. Sumerian is the oldest written language in the world, and in no other literature have I experienced such uncanny familiarity. Though the culture is 5,000 years old, its stories reveal a core humanity that makes much of it spine-shiveringly recognizable. Inanna’s lover asks her to tell a lie to her mother, to say she is going out with a girlfriend, so that he and Inanna can make love in the moonlight. Priests and musicians cross-dress for their New Year’s festival. In these, and other stories, I feel a contemporary connection with this ancient people.

Cuneiform was written by pressing a stylus into clay and then the clay tablets were baked. The tablets are frequently broken and sometimes measure no more than a few square centimetres. To read cuneiform, a scholar holds the tablet up and looks down into the clay interpreting the play between light and shadow – very different from reading the flat page. Since Sumerian is not linguistically related to any other language, it was first deciphered by comparing it to bilingual Akkadian texts.

Sumerian cuneiform signs are often suggestive and imagistic. The sign for jealousy, for example, is a flame inside a heart. Is this not marvellous, that the feeling of human jealousy has never changed? One of my favourites is the sign for “wisdom,” which is “ear.” One opens one’s ear in order to be wise. A great Sumerian quest poem in which Inanna goes to the underworld to find her immortality opens: Gestug an ni na an gub. This means “She opened her ear/wisdom …”

The desire for wisdom has always – for 5,000 years – meant listening. And the quest for wisdom has always meant sacrificing old ideas for new ones, risking the difficult voyage, risking metaphoric death for rebirth. Wisdom requires that we hold the known in a new way to understand the unknown; in other words, to translate. All of this is in the Sumerian word for “wisdom,” the listening ear. 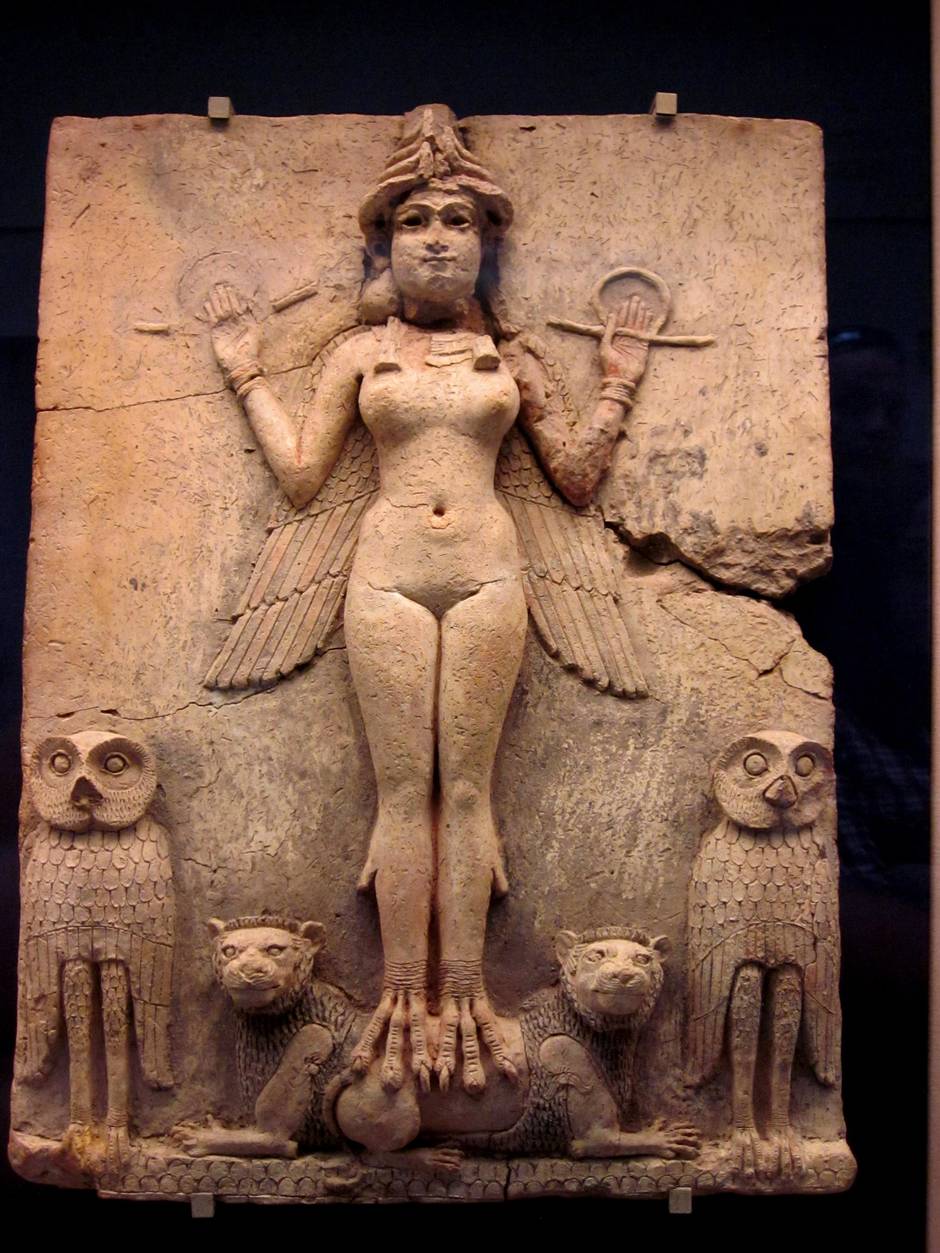 A statue of the Sumerian goddess Inanna.

I like how these built-in metaphors in words shape how we perceive the world. In Ojibway, for example, the word for squirrel is ajiidamoo, which means “upside-down climber.” After I learned that word, I never again looked in the same way at squirrels scrambling around the trees. And my friends in South Africa tell me that the Nguni word ubuntu, which was brought to international consciousness by Archbishop Desmond Tutu during the country’s Truth and Reconciliation Hearings, is common now. I love this word, which describes the interconnectedness of our well-being – something like, “I am well if you are well.” It is an important, complex idea. The best I can do as an English translation is “shared humanity,” which does not completely capture the idea of interdependence.

I asked a number of translator friends from around the world how they would translate ubuntu and discovered that most languages cannot capture this word with a simple equivalent. What does it tell us that so few languages have a clear and simple word for the concept of ubuntu?

I asked Dr. Doug Frayne, a scholar of Sumerian, how a Sumerian would translate the word ubuntu. He wrote, “The only Sumerian word I can think of for what you are talking about is: nam-lu-ulu, where nam is the element that forms abstract nouns and lu-ulu means human. The word thus means ‘humanity.’ The Akkadian equivalent is amelutu(m).”

I looked at Sumerian and Akkadian dictionaries for usages and found that the Akkadian included: “man, people (old and young, male and female), soldier, workman, retainer, slave, also ‘somebody,’ and ‘anybody.’”

In other words, in the oldest recorded languages, the concept of humanity means “all of us.”

Translation from one language to another – across time and geography, race, gender, and culture – may be one of our greatest acts of shared humanity. When we read the stories of Inanna from ancient Sumer, we enlarge our contemporary ideas about love, war, justice and the relationships. We consider how people thought about these things 5,000 years ago. And we experience an uncanny connectedness.

In Canada, as we think about our history, we weave in the values and cultures of our forebears from around the world. We think about the histories of the people who were courageous enough to put their stories on the record in our Canadian Truth and Reconciliation Commission. We are not such a young country any more. We have a history to reflect on if we want to continue to play a humane role in the world.

Our thought, and action, will continue to deepen as we all learn the words for ubuntu, our shared and interdependent humanity, in Syrian, Korean, and Arabic, in Ojibway and Cree and Montagnais and Salish and Inuktitut. To my mind, this is what translation is about. We may discover that these words are more like the Sumerian than we had imagined. They may mean all of us.