Pivot, a long-standing, bi-weekly Toronto reading series, has announced a new approach to the controversial implementation of trigger warnings on literature. The series organizer, poet Jacob McArthur Mooney, has created a simple Web form for appearing writers, allowing them the opportunity to "tactfully identify any content in their reading that might make for a particularly unpleasant experience for a given listener based on some element of that listener's past experience."

The form lists a number of possibly sensitive subjects, including mentions of child abuse, domestic violence, drug and alcohol abuse, mental illness and racial slurs. If an author opts into indicating disturbing content, it won't be announced prior to the reading, but instead listed on the series website.

"I'm very interested in making the series more reflective of the city and more attractive to a diverse audience," Mooney told me when I contacted him via e-mail. "In this example, I think the program we came up with is subtle and directed to survivor support. I think the bad reputation trigger warnings have in some circles is a product of failed empathy."

It's true the idea of putting warnings on literature has become a hotly contested issue over the past year. In April, students at Columbia University requested a trigger warning on the work of Roman poet Ovid, citing vivid depictions of sexual assault. Similar requests popped up at universities across North America, asking for warnings on books such as The Great Gatsby, Mrs Dalloway and much of Shakespeare's catalogue. Students are essentially looking for cues that a work may contain anything that may invoke traumatic experiences.

Some think these warnings represent a softening of our culture under an oppressive tide of political correctness, that they are attempts at placating social-justice activists, or they encourage pathological weakness among burgeoning critical thinkers. Such objections are often followed by a patronizing cry of "life doesn't come with trigger warnings" (yeah, we know) and by the suggestion that students and readers should learn to deal with emotionally fraught issues without being coddled. Some critics have even suggested that trigger warnings are akin to fascism, and only a small step away from book-banning.

Beyond the oft-overlooked fact that students (and event attendees) are essentially paying customers who have the right to make reasonable requests regarding their comfort and safety, the fundamental problem with the debate is that it misunderstands what a trigger is and why a warning may be useful.

The very existence of warnings implicitly suggests a supportive environment, an acknowledgment of people's varied experiences while reading a novel or listening to a poem read aloud. In the case of Pivot, the gesture says the organizers value their audience, and that they want to make the space accessible to as many members of the literary community as possible.

The traumatized don't uniformly descend into clinical panic at the mention of rape or violence – triggers are unique both to the sufferer and to the traumatizing event, involving seemingly innocuous smells, phrases, feelings or objects much more often than explicit descriptions of criminal acts. Secondly, the traumatized are not inherently weak – because of experiences that are no fault of their own, they simply navigate the world without the default feeling of safety that the non-traumatized take for granted.

"Survivors are almost by definition a savvy and tough group of people. They know what triggers them and know how to prepare for it," says Mooney. " What we're offering here is a tool kit, a way for people to check the evening against their own psychological needs."

Anxiety and panic are often responses to a fear of the unknown, and trigger warnings are minor gestures that clarify ensuing content. This doesn't mean that trauma victims will evade a work of literature because it speaks to their own painful experiences, but instead will be better prepared – not surprised by – what's to come. In fact, for many victims of violence, reading literature on the subject can actually be a transformative, healing experience, but one better embarked on with eyes wide open.

As a survivor of sexual assault, I'm not personally triggered by poems or stories written about rape, but I do appreciate being forewarned about what I'll be hearing during a night out at Pivot while drinking a few beers with friends. That's something the traumatized already do among themselves anyway, whether its when cautiously recommending art to each other, reading book blurbs, watching film trailers or scanning spoilers of their favourite television shows. A trigger warning is not going to stop me from going to a reading, but its certainly going to help me get into the right headspace when I do.

Navigating anxiety and the ramifications of trauma is all about setting expectations, and it seems to me that content warnings are the bare minimum we can do in the interest of keeping people emotionally safe. Despite the knee-jerk exclamations of fascism and book-banning, no one is asking writers to edit their work to protect anyone (in fact, Pivot explicitly discourages this).

Suggesting writers voluntarily disclose upsetting content isn't a form of censorship, but rather a responsibility we have to our audiences to do no harm. Freedom of speech and creativity doesn't preclude an artist from being kind in such a minor way, and I'm unsure why there's a reluctance to do so little that can help so many.

"I don't exactly know what my responsibility is to trauma survivors who want to come out to Pivot," Mooney says. "I would think that any small thing I can do to let them take care of themselves is a start." 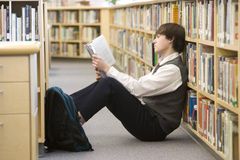 Opinion
Hypersensivity isn’t the only problem with today’s campuses
September 18, 2015 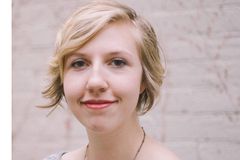