In Las Vegas, there is a man named Apollo Robbins. He is a pickpocket, a very good one, probably the best in the world. You may have seen his stage show, or he might have borrowed your wallet at one of the many corporate entertainment events he does. Or perhaps, like me, you discovered him earlier this year through Adam Green's delightful New Yorker profile. To accompany that piece, the magazine made a video wherein Robbins demonstrates his methods on a suspecting Green, talking his way through a series of dexterous deceptions, until Robbins ends up in possession of the poor writer's watch, wallet and cellphone.

"Unlike magicians," the video's introduction notes, "Robbins will reveal his methods." Seeing how he does it, the argument goes, does not diminish the power of the feat – in fact, it enhances it. The problem with this is that it's not true. On the tape, it remains impressive when Robbins deftly swipes Green's watch. But once you know how it works, much of the power is lost.

It is my sad duty to inform you that this is precisely the problem with Stephen King's disappointing new novel, Doctor Sleep, the sequel to his 1977 masterpiece, The Shining: It takes something mysterious, even magical, and tries to chart it. In doing so, it makes the fantastical mundane and the reader annoyed.

That something is "the shining," the psychic ability displayed by young Danny Torrance in the first book. In Doctor Sleep, it is charted by means of the adult Dan's connection with a new special youngster, a girl named Abra. She shines even brighter than Dan, and she's quite a handful for her parents: Spoons hang menacingly from a ceiling; she makes a throwaway Beatles piano riff echo through the house; a crying fit sort of predicts Sept.11. And, worst of all, she becomes the target of the True Knot, a group of immortals that drive around in RVs, looking like retirees, sucking the life force (which they call steam) from little children who are blessed with the shining. The True Knot is short on steam, they've contracted the measles and they're in danger of extinction.

If that sounds silly, it's because it is. The True Knot is ridiculous, one of the lamest villainous forces in any King novel, including the doll in Duma Key who controls those ghost pirate things. But the real problem is that they serve as a scaffolding on which hang King's worst tendencies as a writer. They are hokey, hazily conceived, unconvincingly motivated and have names so cheesy that reading their story becomes an exercise in managing one's cringe reflex: "Steamhead Steve, Baba the Red, Bent Dick, and Greedy G were playing a desultory game of canasta in the Bounder that Greedy and Dirty Phil shared when the shrieks began." Sure, why not?

As the True Knot tracks Abra, and Abra tracks them, we learn more and more about the shining, which becomes a dull and predictable plot contrivance, a wondrous notion scrubbed of wonder. We don't, however, learn more about these characters as people. That's because Dan Torrance is the only real character in the novel, the only one we can invest meaningfully in, position ourselves against and along with. He's shoehorned awkwardly into the unfolding events, acting as protector and mentor to Abra while working as an orderly in a hospice where he earns his nickname, the book's title, by talking to people while they die. (That entire storyline is unrelated to the rest of the book in any real way, and feels disjointed and unimportant.)

But thank God for Dan, for without him there'd be little to salvage from this mess of a novel. In his devastating backstory, and in the book's explorations of the psychic trauma visited upon Dan by his alcoholic father and the horrors that unfolded at The Shining's Overlook Hotel, King gives us one of his finest creations, and a reminder that, though uneven and excessive, he is, in a certain sense, one of our best writers. Over decades of trying to scare us to death with terrifying clowns and sentient cars, Stephen King somehow became an exceptional chronicler of regular old non-spooky humanity. In combining countless detail-laden descriptions of the transactions of daily life with a deep yearning for a plane beyond our physical realm, he has become expert at pinpointing the ways in which contemporary existence happens at the meeting point of a commerce-stained physical reality and an ever-aspirational metaphysical one.

The best scene in Doctor Sleep – one of the best scenes King has ever written – comes early, when we see an alcoholic Dan hit bottom. It is sheer terror, completely repulsive, yet addictive – the horror from which you cannot look away. For anyone who's ever lusted after a drink after a long day, it is almost unbearable. And for those who haven't, it remains a vision of the worst of the worst, of a life nearly destroyed by dependency, of how bad it could get for any of us, for all of us, at almost any time. Because, as Doctor Sleep's best moments remind us, the scariest thing of all is ourselves.

Jared Bland is the Books Editor at The Globe and Mail.

Book Review
Stephen King takes the terror out of the hotel and onto the highway
May 11, 2018 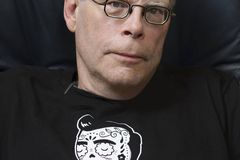 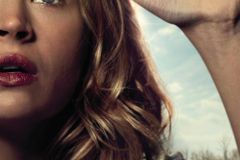 Memo to David Gilmour: Teaching only books by ‘heterosexual guys’ does a huge disservice to your students
May 11, 2018 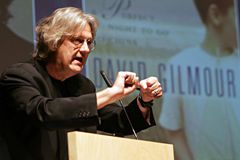