There was a time when, for many Canadian readers, "CanLit" might have conjured prairie landscapes, the immigrant experience or gentle but pithy observations about the Two Solitudes. Themes and subject matter have since expanded, but mention the term today in certain circles, and it's not literature or even the act of writing that springs to mind – unless you count angry missives being lobbed across social media.

Today's CanLit is all about next-level polarization; a bigger-than-the-Gillers grudge match that has blown up into an all-out war – with divisions largely, but not always, along generational lines. It would make a great novel (if it isn't already being written – and it probably is).

This could be called the new Two Solitudes in CanLit, except that they do not exist in isolation; rather they fuel each other in an aggressive and sometimes toxic way.

The most recent flareup – and it can be hard to keep up – involves a Facebook post, UBC Accountable, creative writing programs, cultural appropriation and a whole lot of Twitter warfare.

A summary: Erin Wunker teaches in the English Department at Dalhousie University. She also chairs CWILA, Canadian Women in the Literary Arts. Jonathan Kay is the former editor-in-chief of The Walrus and a social-media lightning rod. In January, Kay was sent a private Facebook post from Wunker's page, in which she recounted issues discussed in her third-year undergraduate Canadian literature class, which included the UBC Accountable letter at the heart of the Steven Galloway controversy from 2016, Joseph Boyden and cultural appropriation, and the "reprehensible 'Appropriation Prize' call." Students' final assignment was writing an op-ed on the state of CanLit. The post is an end-of-term ritual for Wunker – a positive thing to share with her Facebook following about her students.

Kay tweeted out a screen-capture of the post, saying Wunker "uses her literature class 2 explain why she seeks to deny due process to Steven Galloway, plus other political causes" and suggested that Wunker graded her students based on how they reflect her opinions.

This was met with outcry – Kay had not only misinterpreted Wunker's message, but had tweeted out a private post and, some charged, put her in danger by alerting Twitter trolls.

People on Twitter did some detective work and determined who had screen-capped it in the first place – Christian Bok. The Griffin Prize-winning poet became the next target, accused of all manner of things. This went on for days, with Twitter jokes about being Bok-blocked.

"I felt terrible that he was being accused of being a boring and lazy poet; that's boring and lazy thinking," Wunker told The Globe and Mail. "But he knows that he breached my privacy."

Then, a new twist: B.C. author Angie Abdou wrote on Facebook that she in fact had notified Kay about Wunker's post as "part of a conversation about troubles raging in the [CanLit] community and how those issues are making their way into the classroom." But by the time Abdou went back to look for the post to send it to Kay, Wunker had unfriended her. So Abdou asked Bok to screen-cap it. In her confession, Abdou apologized for unintended consequences against Bok and Wunker; she called Wunker "a committed teacher and writer." She then left Facebook and Twitter. (On Thursday, Abdou provided The Globe with a statement. "I made a mistake, and I'm extremely sorry. I did not intend to betray anyone's confidence or to harm the reputations of anyone involved.")

Bok reached out separately to Wunker with an explanation and an apology. He did not want to speak to The Globe without Wunker's approval and says he feels aghast and heartsick at the role he had played and the harm caused to Wunker.

Kay tells The Globe that several people had sent him a screen-cap of Wunker's post. "Her [Facebook] post was a victory lap after she'd ascertained that (most of) her students had assimilated her opinions. It was only when someone pointed out how inappropriate this was that she played the victim and pled privacy – something no one who has used [Facebook] for more than a day or two would take seriously," he wrote in an e-mail.

Kay, you may recall, helped trigger the Cultural Appropriation Prize Twitter fiasco, another terrible chapter in this epic CanLit war. Last year, the Writers' Union of Canada's magazine published an issue dedicated to Indigenous writing. Editor Hal Niedzviecki opened the issue with an essay titled "Winning the Appropriation Prize," in which he declared that he did not believe in cultural appropriation. He encouraged authors to write outside their own experience, rather than encouraging more diversity among the actual writers.

This was deeply upsetting, especially for the contributors. Tuscarora writer Alicia Elliott told The Globe that she felt betrayed and blindsided.

Niedzviecki resigned. On Twitter, Kay came to his defence, writing "the mobbing of Hal Niedzviecki is what we get when we let Identity politics fundamentalists run riot." This was retweeted by former National Post editor-in-chief Ken Whyte, who offered to found that Cultural Appropriation Prize. Others chimed in glibly with donations. More fallout: Kay resigned from The Walrus, explaining that he was getting tired of being taken to task for opinions shared on other platforms, including Twitter.

More recently, Kay published a piece for Quillette, headlined "Canada Has Gone Mad": Indigenous Representation and the Hounding of Angie Abdou." The piece provided his perspective on a different, if related, CanLit scandal: In a recent Quill and Quire essay by Ktunaxa writer Troy Sebastian, Abdou was accused of using her own Q&Q essay to misrepresent Ktunaxa support and approval for her novel In Case I Go, which has Ktunaxa characters. Kay called Sebastian's essay a scathing attack.

Looming large over all of this is the UBC Accountable letter calling for due process for Steven Galloway, who was fired as chair of the University of British Columbia creative writing program after allegations that included sexual assault, harassment and bullying. A retired judge conducted an independent investigation and found on a balance of probabilities that he had not committed the assault, according to Galloway's lawyer. So why was he fired? The letter called for an independent investigation and clarity.

It was signed by many powerful literary types, and continues to generate pushback, often from writers who have a great deal less power on the CanLit scene. I have heard from (often young, often female) writers who feel betrayed, even harmed, by the letter and its signatories. On the other side, some signatories have felt bullied. It has had tremendous emotional consequences and fears of potential career ramifications on both sides.

Abdou and Wunker have been on opposite sides of the UBC Accountable debate; Abdou signed the letter and has been publicly supportive of Galloway and his right to due process; Wunker is co-editing an upcoming book, Refuse: CanLit in Ruins, which will be critical of UBC Accountable and also examine the Appropriation Prize fiasco and what happened to Joseph Boyden. The book deal was announced three days before Kay tweeted Wunker's post. (On Wednesday, publisher Book*hug's Hazel and Jay Millar issued a statement condemning what had transpired and noting the timing: "If the actions of Angie Abdou and Jonathan Kay were in any way a response to this announcement, it only affirms for us that the book is more necessary than ever.")

As for Boyden, credited with writing the UBC Accountable letter, his reputation has also taken a tumble in the aftermath. An APTN report called his Indigenous ancestry into question and what followed was the dismantling of a CanLit superstar. After the controversy broke, his publisher Penguin Random House Canada stood by him, saying it looked forward to publishing his next novel Seven Matches in the fall of 2017. That was pushed to 2018. And now the book – dealing with the residential schools tragedy – has disappeared. It is no longer listed on the Amazon, Indigo or Penguin Random House websites. (Multiple inquiries to PRH as well as Boyden's agent and Boyden himself have gone unanswered.)

The anger had quieted down somewhat – until Margaret Atwood published her "Am I a Bad Feminist?" essay in The Globe, explaining how she had gotten into trouble with her detractors – signing the UBC Accountable letter and then defending her decision. The flames were fanned once again.

On top of this, there has been a recent flurry of social-media activity regarding #MeToo-related sexual misconduct allegations at Concordia's creative writing program, Coach House Books and in CanLit in general.

Of course, discussion is healthy. What literature fan doesn't love a good debate about it? Yet too often this debate has turned into a toxic lit-kicking.

Kay, hearing from people who signed the letter and feel targeted as a result, says he has seen the terrible effect on the people in that world, and he is unrepentant.

"It is bad enough that this current batch of underemployed CanLit malcontents spend their lives trying to libel the successful authors they envy. Now they want to indoctrinate another batch through the colleges. The real crime of people such as Abdou and Boyden and so forth is that they are successful. … It is tall-poppy syndrome with a thin patina of identity politics."

As difficult as the domino of scandals has been, it has also, in a way, been empowering, creating a new sense of community.

"All of these little fires suggest to me that we are in a really important moment of cultural change," Wunker says.

Along with the virtual fist-bumping and side-eye snark, there is a reckoning – emerging, often diverse writers using the democratic power offered by social media to shout their opinions. New voices are being heard, a moment long overdue. But how much energy, talent, time – and how many tears – have been channelled into these ephemeral barbs with their potentially permanent wounds? How much wasted oxygen has been poured onto this dumpster fire?

What could that all be going toward instead? I know what I would rather be reading. 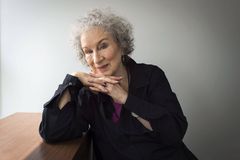 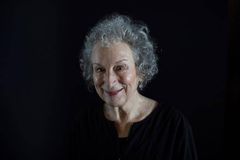