Earlier this month, people in literary circles found themselves debating, with a strange intensity, a series of tweets by a minor U.S. author. The tweets were just a couple of peeved comments about not receiving a small recognition. My writing friends talked about these tweets at the length usually reserved for some kind of prize announcement or sex scandal. Why? Because the question of how much of ourselves, and our less attractive emotions, we should reveal in public is an increasingly pressing question, and not just for high-profile figures.

The meltdown in question belonged to Ayelet Waldman, a novelist whose recent book Love and Treasure had received a glowing review in The New York Times last May. When the newspaper revealed its list of "100 Notable Books of 2014," however – a common books-section feature at this time of year – Waldman's novel was not on it. The author took to Twitter and fumed, not ironically, not self-deprecatingly, but angrily and at length. "Love and Treasure is a [expletive] great novel," she posted. Then, "I never complain about this s–t, but there are MANY books on that notable list that were NOWHERE near as good as mine." The tweets continued – eight of them on the same subject – with Waldman ending on a self-righteous note, promising to donate money from upcoming sales of her novel to a charity that raises money for college scholarships. It wasn't clear how this was meant to punish or expiate the sins of The New York Times.

Derision was quick to follow. To expect that one be on any list of honours, be it the company's employee of the week or the Order of Canada, is human; to admit the expectation out loud indicates an unseemly lack of humility. To protest that one hasn't been praised seems childish. Especially since, as many commentators pointed out, a newspaper's end-of-year roundup list isn't especially significant or meaningful. It doesn't make or break careers. So Waldman was called entitled and spoiled and her announcements called a hissy fit.

Then came a backlash to the backlash. Several writing colleagues of mine posted messages supportive of her venting. We all have a right to vent, they said; leave her alone in her fury. What's wrong with fury? We should admit to our human neuroses; we all have them. One Canadian author said Waldman was in fact showing courage, presumably by expressing the frustration that attends on all artistic lives. A pro-woman solidarity was an undercurrent of this support; it was suggested that the scorn that erupted towards Waldman was particularly vitriolic because she was female. And then Waldman herself, in a subsequent, somewhat embarrassed Facebook post, cemented the assumption by writing, "there have been countless women subjected to infinitely more vicious Internet outpourings."

The laughter that greeted Waldman's protests did not strike me as essentially sexist. A man would have received the same response. That's a red herring, a claim of victimhood to justify a really very privileged rant.

But then I am constitutionally unsympathetic to this kind of let-it-all-out thinking. I'm from a pre-blogging generation, and perhaps my deep WASPiness plays a role in my prejudices too. You can call this male if you like. But then I'm pretty sure my mother and her mother feel exactly the same way.

Or maybe I just fundamentally don't understand Twitter and what it's for. Social media promotes instant expression and instant expression is bound to be emotional, therefore social media promotes emotional expression. If we're cool and current, we're supposed to be fine with that. But some people believe in a different kind of cool. A cool that comes from taciturnity in the face of rejection. This is what we would call dignity.

I know I'm looking more and more like a dinosaur. It seems to be increasingly difficult for authors to resist responding to their meanest critics, no matter how insignificant the trolls. (The story of YA writer Kathleen Hale, who tracked down an amateur reviewer to her very house, then boasted about it, was a recent extreme example.) There's always a yawning empty comment field under every attack, just begging for your quick outraged reply. (Best-selling pop-philosophy author Alain de Botton once wrote on the blog of a New York Times reviewer, "I will hate you till the day I die and wish you nothing but ill will in every career move you make.")

This is something all of us, not just famous artists, have to worry about, in our daily stream-of-consciousness communications. Casual updates about how one feels are always seen to be more entertaining when uncensored. Celebrities are attacking each other over Twitter with such knee-jerk and simple-minded rudeness – and these messages themselves become much-analyzed news stories – that the angry tone begins to seem normal.

Supporters of emotional outbursts praise "honesty." And honesty is certainly useful in the making of fiction. But if we praise the constant personal expression of insecurity, aren't we praising insecurity itself?

A solution to literary writers’ income problem is already here, even if they don’t like it
November 7, 2014 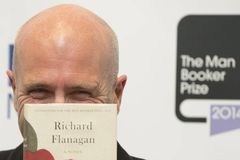 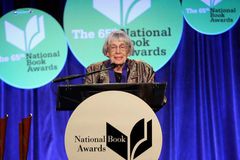 The danger of being a woman in the Canadian literary world
October 17, 2014