The reconstructed face of Richard III, based on the skull recently discovered in Leicester, England, makes the man look innocuous enough, the kind of chap you might happily allow to babysit the nephews. Scotland Yard's Inspector Alan Grant has previously seen in Richard's painted portrait not the face of a baby killer but rather that of a worrier burdened by responsibilities and ill health. Grant would be all over this new representation – if he were a real person.

Grant is, of course, the fictional police inspector who appears in The Daughter of Time, Josephine Tey's 1951 detective novel. Stuck in a hospital bed, the restless Grant is given a postcard of Richard's portrait by a friend who suggests he solve the mystery of what happened to "the Princes in the Tower." Was Richard III, King of England from 1483-85, really the hunchbacked villain portrayed by Shakespeare and did he really do away with his nephews?

This week, as researchers confirmed the scoliotic skeleton in Leicester belonged to Richard III through DNA analysis of a 17th-generation descendent of his sister, the world gawked at the power of contemporary science to play historical detective. The long debate over the character of the man who once owned those bones, however, has always been the stuff of successful fiction rather than hard fact. In his play Richard III, Shakespeare created a diabolical villain so deliciously manipulative every actor wants to play him. Many have suggested the play was merely convenient propaganda for the Tudors who replaced Richard, and Ricardian revisionism dates back as far as the 17th-century, but it was Tey's book that really popularized it. In a gripping whodunit, the ever-perceptive Grant uncovers the bias behind second-hand accounts of Richard's brief reign, finds himself a young American researcher willing to scour the British Museum for fresh evidence and starts to piece together an alternative history. The book spawned a whole genre of historical fiction dedicated to a sympathetic Richard III and is often used in universities to teach students that history is a matter of interpretation.

"I know no book that gives such as clear account of what history is and what its function is in society," says Nikolai Krementsov, a professor of the history of science and technology at the University of Toronto. He assigns the book to his students to show them the difference between primary and secondary sources, and the way historical narratives are shaped into socially convenient myths. "It should be mandatory reading for historians, investigative journalists and policemen."

For the lay reader, Tey created a fascinating alternative version of Richard, although she too, historians note, was picking and choosing facts for her argument that it wasn't in Richard's interest to kill the princes, and she was writing a work of fiction.

"Certain historical novels are so successful they create a received wisdom about a figure; the author's choices are taken as authoritative," observes Carolyn Harris, an instructor at the University of Toronto who studies the British monarchy. "Here, both sides have proved compelling ... This diabolical villain has lasted hundreds of years, but a king who came out on the wrong side of history is also compelling."

Tey's version of a misunderstood underdog was taken up by writers of popular historical fiction who have turned Richard into nothing short of a chivalric hero. One of the best known is Sharon Kay Penman whose 1982 novel The Sunne in Splendour casts Richard as a good king, pinning the murder of the princes on someone else and making them illegitimate into the bargain.

"You are taking up the cause of the underdog, that is always appealing and you are rejecting the official, authorized story," said Rohan Maitzen, an English professor at Dalhousie University in Halifax who has written about the popularity of Ricardian fiction. What really interests her is the reaction to these books, which are often dismissed by academic historians.

"It's primarily historical romance, it's a very gendered genre, written by women for women ... And the reaction to it is gendered. It's dismissed, but it is really just a continuous experiment in 'What if?'"

Few contemporary historians mutter under their breath about lady novelists any more, but scholars do tend to side against the Ricardians, pointing out the king was a leader in a violent age – even if they acknowledge Shakespeare's malevolent hunchback was a dramatic fiction.

"Richard came at the end of a 40-year period of bickering over the crown," says Daniel Woolf, principal of Queen's University and author of A Global History of History. "There had been an awful lot of blood on the floor. If Richard did kill his nephews it would not be surprising ... He was not a nice guy."

The scholars agree that our questions and conclusions about Richard may tell us more about contemporary times than about the past. For example, Maitzen points out that outrage over the murder of the princes, age 9 and 12, may reflect modern notions about children's preciousness in contrast to the attitudes in an age of high infant mortality and young soldiers. It was the Victorians who began to depict the princes in paintings as baby-faced innocents huddling in corners.

Meanwhile, Krementsov recalls that Tey was writing at the beginning of the Cold War, just as the Soviets were denying they had ever signed a pact with Nazi Germany, and the West was busy forgetting it had ever been allied with the Soviets. In that atmosphere, she wrote a definitive account, not of Richard III, but of how history can be manipulated.

The mystery of his personality, many believe, will simply never be solved.

"Even seeing the skeleton, it's so tangible," Maitzen said. "But it can't tell us what kind of person he is." 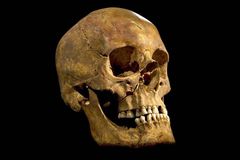 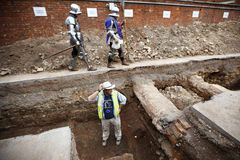 Are those the remains of Richard III? A Canadian’s DNA may tell the tale
September 28, 2012 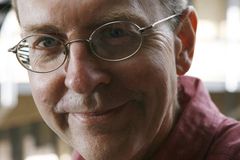