When people hear that I've written a book about the cultural history of the diary of Anne Frank, inevitably someone asks what was the most surprising thing I discovered in the course of my research. At first, I'd say, "I'd never really appreciated the brilliance of Anne Frank's literary gifts." Or I'd say, "I hadn't known that she'd revised her entire diary during her last few months in hiding."

But after a few weeks of speaking to audiences in schools, bookstores and community centres, I found myself replying that, actually, the most surprising thing was what I learned after my book appeared. I'd never imagined that so many readers had maintained such a fiercely personal – passionate, protective, possessive – relationship with the young diarist who died in the Bergen-Belsen concentration camp in 1945.

I suppose I should have expected it. After all, I'd written about the struggle to bring Anne's diary to Broadway – a tortuous battle fuelled by writer Meyer Levin's obsessive fixation on Anne Frank. And, of course, I'd noticed how often Anne Frank has appeared in films, plays, novels and stories, most famously Philip Roth's 1979 The Ghost Writer and its 2007 sequel, Exit, Ghost, novels in which Anne survives the war and reaches the United States, where she becomes the archivist and mistress of a celebrated and reclusive writer.

This season, two new books of fiction again demonstrate our enduring fascination with this gifted victim of the Holocaust. In Shalom Auslander's funny first novel, Hope: A Tragedy, a man named Kugel moves his family to upstate New York in search of a more peaceful existence, only to find that among the unadvertised features of his new home is a tenant hiding in the attic: Anne Frank. Kugel's unwelcome upstairs neighbour has definitely not aged gracefully; in fact, she is a "rancid grotesque" – an evil-smelling, foul-mouthed and unapologetically cranky harridan.

In the title story of Nathan Englander's What We Talk About When We Talk About Anne Frank, a play on Raymond Carver's iconic What We Talk About When We Talk About Love, two couples meet (as they do in the Carver story) for a long, alcohol- and marijuana-fuelled afternoon of friendly banter and lacerating self-revelation. The complexities of their principal subject – Jewish identity – are ultimately reduced to a single question. For what they talk about when they talk about Anne Frank turns out to be a sort of speculative parlour game in which they try to decide: "In the event of an American Holocaust … which of our Christian friends would hide us."

The running joke in the Auslander novel is that Anne Frank is still very much a writer, disturbing the Kugel family with the tapping of her typewriter keys. Not only does she keep a competitive eye on the success of rival authors (she's particularly irked by Elie Wiesel's nod from Oprah), but she worries that her new book cannot possibly outsell her debut memoir. In the Englander story, Anne's diary is less important than what she herself represents, a symbolic significance that Auslander's Anne Frank explains with characteristic bluntness: "I'm the dead girl. I'm Miss Holocaust, 1945. The prize is a crown of thorns and eternal victimhood. Jesus was a Jew, Mr. Kugel, but I'm the Jewish Jesus."

In the years since the publication of Anne's diary in the early 1950s, the meaning of her life and work has been frequently and hotly debated; it has been argued that, because her diary ends before the family was deported to Auschwitz (Anne and her sister, Margot, were eventually transferred to Bergen-Belsen, where they died of typhus in March, 1945), it is not even, strictly speaking, a Holocaust document.

And yet the fact remains that for many, if not most, of Anne's readers, she is a symbol of the Holocaust. Of all the multitudes killed by the Nazis, hers is the name most widely known, the face mostly commonly recognized and remembered. And because her diary deals so movingly and so accessibly with the ordinary drama of adolescence and family life as well as with the extraordinary circumstances of her family's incarceration in the "secret annex" above her father's Amsterdam spice warehouse, her book is, for many students, their first introduction to the horrors of the Holocaust.

As a result, Anne Frank is forever identified, in their minds, with that brutal history. And the courage of the Dutch "helpers" who hid the Frank family for 25 months has become a moral touchstone against which to measure our own consciences, convictions and capacities for self-sacrifice – as happens, to devastating effect, in the Englander story.

Though some have taken exception to the way in which one young girl has been idealized, sanctified, turned into a holy martyr standing in for millions, the fact is that Anne's lasting power over us – and her periodic reappearance as a character in fiction and film – is a testament to her own literary achievement. To read her diary, with its entries addressed to the mythical best friend "Kitty" and its alternately chatty and profoundly reflective tone, is to feel that we have entered into an intimate relationship with another human being: someone we know well and whose loss we mourn. And her death in Bergen-Belsen was so cruel and horrific, so painful for us to consider, it's no wonder that novelists from Roth to Auslander have been moved by the desire to change the ending of her story, to save her life – if only on the page.

Because of a book, her astonishing diary, Anne Frank has created a permanent place for herself in our literature, our culture, and in our hearts. She will always be there, scribbling (or, as Auslander would have it) tapping away in the attic. Like all great writers, she has created a voice that we continue to hear, and she has made her history a part of our own experience.

Francine Prose is the author of Anne Frank: The Book, the Life, the Afterlife, as well as many novels and other works, most recently My New American Life. 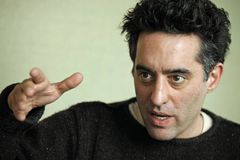 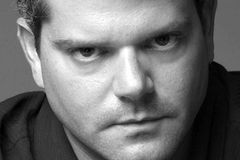 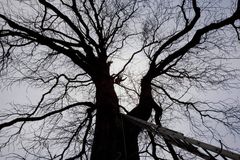