March was all figured out.

I had major back-to-back book events in Arizona that had been in the works for months. Then I was going to stay a few extra days and see Frank Lloyd Wright's Taliesin West. I'm a big Wright fan, and any other time I've been down that way on tours I've never had time to sightsee.

An ill-conceived presidential executive order rooted in racism and ignorance suddenly banned entry to the United States from seven predominantly Muslim countries. There was instant chaos and an overwhelming sense of panic for countless families. People with tremendous medical and technical skills who would have done wondrous work in the U.S. were denied entry. Airports across the U.S. were filled with protests.

Linwood Barclay: 'It would be easy to write the same kind of story year after year'

The President's move was not going to affect my ability to enter the U.S. I was born there. My parents moved to Canada as I was turning four years old. I'm a dual citizen and hold two passports. But the border I had to cross loomed before me like a picket line twice the height of the wall the new President wants to build.

I imagined a situation in which I was crossing into the U.S. at the same time as Iranian filmmaker Asghar Farhadi, who has been nominated for an Oscar but is now blocked from coming to the Academy Awards ceremony in California. What would I say to him as I waltzed through?

At this moment, entering Trump's America feels akin to patronizing a golf course that excludes blacks, a health club that refuses membership to Jews.

I struggled most of the weekend with what to do. I spent a lot of time talking it over with my wife as we watched the news. I have never cancelled an event before. I had made a commitment to people. I had made promises.

And then came the murders at the mosque in Quebec City.

I can't draw a straight line between that tragedy and the executive order, even if early reports indicate the accused is alleged to be a fan of the new President. Who knows how many factors were at play here. But such reckless government decisions can give license to those living on the edge. That same weekend, a mosque in Texas was burned to the ground.

So I pulled out of the Arizona book events and went on Twitter to say that at least while the travel ban is in effect, I will be foregoing U.S. events and invitations.

I felt sick about it. The organizers had gone to a lot of trouble and expense (for which I am reimbursing them). They are good, thoughtful, decent people, dedicated to literacy and free speech and the exchange of ideas. Their reactions to my decision were so full of understanding it broke my heart.

I have no illusions about what the impact of my withdrawal will be. I don't imagine Steve Bannon will say, "Whoa, Barclay's not coming, we better rethink this." As one Twitter follower said to me, "Your call, but we'll get along fine without you." I've no doubt. But this really wasn't about trying to send a message. I just have to be able to look myself in the mirror.

Maybe this decision, and talking about it, does me harm. I really don't know. Some say they won't read any more of my books. One person messaged me the other day and said writers should keep quiet about their opinions, which struck me as amusing. Right, that's why authors decide to do what they do, so they can keep their thoughts to themselves.

A situation may arise where I will simply have to head south of the border. I'll have to compromise my principles, run the risk of feeling like a hypocrite.

But right now, this week, I can't do it.

Linwood Barclay's most recent novel is The Twenty-Three.

Donald Trump’s election ruined the book I was writing
January 19, 2017 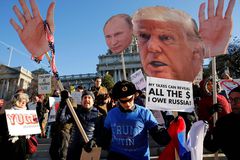 Book Review
Review: Ali A. Rizvi’s The Atheist Muslim is a passionate, timely but, ultimately, muddled plea for reform in Islam
November 25, 2016 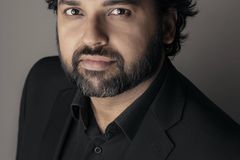 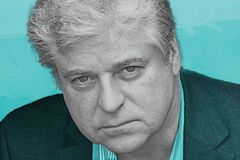