In this week's London Review of Books, a sacred Canadian cow was slaughtered.

LRB staffer Christian Lorentzen authored a caustic takedown of our very own Alice Munro, daughter of Wingham, Ont.; darling of The New Yorker; winner of the Booker, the Giller, the G-G, the Commonwealth Writers Prize, the Trillium, the Marian Engel, the National Book Critics Circle, the W.H. Smith, the Giller (again), the PEN-Malamud, a Knight of the Order of Arts and Letters … Have I made myself clear? She wins a lot of prizes.

And everyone from Jonathan Franzen to Margaret Atwood agrees she's the best thing going. In fact, if you squint at the back of a Canadian $5 bill, you will see that it reads, "This note is legal tender," and then, just beneath that, "Alice Munro is a genius." It's true! As James Wood wrote in the LRB back in 1997, Munro "is such a good writer that nobody bothers any more to judge her goodness … her reputation is like a good address."

In other words, it's a complete consensus – and one I'm not prepared to argue with. I love Alice Munro.

Lorentzen, on the other hand, does not. And while I disagree with his argument, I also think it's a very good thing – not just for the writer himself, who's made a nice little splash by laying into a unanimously lauded literary idol – but for Canada, a country that so anxiously protects its established cultural figures (be they good, bad or mediocre, and too often it's the last) that sometimes the whole place fills with the dull stink of cultural insecurity and makes my patriotic heart sink.

But before I get around to defending Munro's attacker, let's discuss the nature of the attack itself. Dullness – this is Lorentzen's essential criticism of Munro: that her work is depressing, the subjects drab, the events predictable, the prose "sanded to an uncommon smoothness" that one might expect from "evenly planed boards."

He calls her an "epiphany-monger" in her early work; and accuses her, more recently, of heaping on tedious "false leads" and "details for details' sake." Such subtleties, argues Lorentzen, are not a reason to revere Munro but to loathe her. After reading 10 of her story collections in a row, he describes the experience of gradually losing the will to live. "I became sad, like her characters, and like them I got sadder. I grew attuned to the ways life is shabby or grubby, words that come up all the time in her stories … I saw everyone heading towards cancer, or a case of dementia that would rob them of the memories of the little adulteries they'd probably committed and must have spent their whole lives thinking about."

Funny stuff. Also quite nasty. Neither of which are traits that Munro – and Canada's literary establishment as a whole – is known for.

But clever, bitchy takedowns have their place in the world of literature. Think Geoff Dyer's dismissal of Julian Barnes in The New York Times; or David Foster Wallace's brilliant 1997 evisceration of John Updike in The New York Observer, which began with a setup of such magnificent bitchiness, it's still ringing in my ears: "Mailer, Updike, Roth – the Great Male Narcissists who've dominated postwar realist fiction are now in their senescence, and it must seem to them no coincidence that the prospect of their own deaths appears backlit by the approaching millennium and online predictions of the death of the novel as we know it." These ripostes are sensational entertainment (if you like a good literary catfight; and, as it happens, I do).

But they are also culturally important.

Wallace and Dyer aren't merely engaged in mocking their elders; they're also making the case for a whole new style of writing. In Wallace's case, he attacks Updike's masturbatory tendency to construct protagonists that are "essentially all the same guy" – his narrow, knee-jerk foregrounding of the middle-aged white male baby-boomer experience.

In a way, Lorentzen is doing the same thing with Munro. His harshest and most repeated criticisms are of her subject matter, which is, it's true, quite narrow. But, unlike Dyer or Wallace, he is not a brilliant novelist in his own right, and perhaps this is why he kind of misses the point. Munro is a master at pulling universal truths from even the grubbiest, most gothic farm kitchen sinks, and we are right to love her for it.

But just because we love our authors doesn't mean we should be afraid to argue about them. That Canadian critics let Americans and Brits have all the good public ripostes is a disservice to both our cannon and the reading public. The problem is, we're just no good at not-niceness. We're too conciliatory, too subdued, too well-mannered – and not in the arch, seething-just-under-the-surface British way, but honest-to-gosh polite. If we don't have anything nice to say, we generally don't say anything at all.

Because if we did, someone might point a finger and demand, "Who do you think you are?" Which is the title of an Alice Munro collection, by the way. And a very nice one at that. Khaled Hosseini on writing, family and unlikely inspiration
May 21, 2013 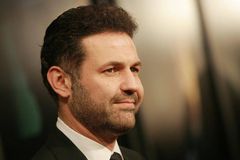