When I was 14, I spent so much time browsing my local library's YA fiction shelves, signing out The Babysitters Club books and Sweet Valley Highs – two series that were as popular with teens then as Hunger Games and Twilight are today. I dreaded what would become of my days once I'd read every book on the shelves that appealed to me: I would run out of books!

Of course, I knew there were books elsewhere in the library – on those other, forbidding shelves where the grown-ups browsed – but they seemed as dull and remote from me as certain items in the drugstore (what were bunions?). It was only when I did finally consume all the books – my favourites sometimes 10 times over – that I was forced to venture across the aisle. It was a journey that felt full of risk; its outcome mysterious and uncertain. The covers of the adult books had no useful drawings. I remember the hardcover I finally chose – its title slightly YA-ish – by Toronto author Susan Swan: The Last of the Golden Girls.

And I can still vividly recall that summer when I began reading "adult fiction," lying on a towel at a public pool in the sun, the book open before me, my entire being deepening a notch. It deepened still more when I read Lolita from my parent's basement; then, from the same dusty box, Gore Vidal's gender-bending Myra Breckinridge, then the (to me, insanely hot) feminist tract Sexual Politics, by Kate Millet – skipping through to the good parts – which introduced to me Henry Miller and D.H. Lawrence. By September, when I entered the public library, the YA books now looked so childish, like they were for someone else; not me.

What surprises me most about YA books is not that adults are reading them in mass numbers (as with Hunger Games appearing on bestseller lists everywhere); it's that they're being marketed primarily to teens. Adults, it seems, are these books' rightful audience; working adults are people who want, and maybe ought, to be diverted from their lives. It makes perfect sense for someone who has been in a repetitive job for decades, or whose home life is a series of responsibilities, to immerse themselves in other lands.

But teenagers – at least the teenagers I knew and know, and the teenager I happened to be – are not so world-weary. They're still trying to figure out this place, this land, and to assimilate all the sensations that come with being a new sort of creature: suddenly not a child. When I started reading fiction like Kafka's Metamorphosis (and who but a teenager is the perfect audience for Gregor's alienation from his body and his family, waking up suddenly a bug?); or Kurt Vonnegut's novels, with their subtle heartbreak and humour; or Dostoevsky's Crime and Punishment, with its haunting amorality and self-torture – I finally felt understood: These writers became my closest friends, able to articulate life and feelings in ways I was needing to, but could not.

What we tend to think of as "real" or "great" literature are just those books whose primary concern is our place in this confusing universe, and what sort of world or society this is, and existence and relationships and our deepest feelings and sex. All of this is conveyed in a style and form that is the most appropriate and best, with sentences that are simple and complex, messy and beautiful and true. Yet these books evoke suspicion – certainly in the mind of a teenager who doesn't know any better – the same exact same way "the nice daughter of someone at work" might evoke suspicion in the mind of a boy whose mother wants to set him up.

Canonized by adults, these great writers are often assumed by teenagers to be the ur-adults: wise (as opposed to seeking); sure (as opposed to desperate and lost); transmitters of the most conservative social values (as opposed to those values' most ardent questioners). Yet the greatest writers are more like teenagers than anyone else – they are people who are obsessed with questioning social structures, consumed with the minutiae of their own emotional, psychological and romantic lives, and the state of their soul. Teenagers shouldn't read "great" literature because it's good for them, but because it's like them. So why isn't it being marketed to them? Why doesn't the publisher of Herman Hesse's Siddartha, for instance, package it for teens, and advertise the book on subways? It just doesn't make sense.

At least, not to me. But when I spoke to writers about this question, Helen DeWitt (author, most recently, of the very playful and dark Lighting Rods – which every teenager should have in her back pocket, though of course it was printed in hardcover – too expensive for teens) suggested that young people should read John Stewart Mill's On the Subjection of Women and Orlando Paterson's Slavery and Social Death, since "any young person today is in the position of women pre-emancipation, perhaps even an unmanumitted slave, and those books would speak to that condition." She continued, with regret, "such books, I think, look too advanced for the YA reader because we regard the intellectual capacity of such readers pretty much the way Victorians saw the intellectual capacity of women: We project onto them as natural the limitations and social constraints we have imposed."

If we adults are, in the eyes of teenagers, untrustworthy, like slave-masters or Victorian men, then we're the worst ones to offer them Georges Bataille's Story of the Eye, or Friederich Nietzsche's Thus Spoke Zarathustra, or Jane Bowles's T wo Serious Ladies, or Paula Fox's Desperate Characters. I certainly can't imagine having accepted these books from the hand of any adult (unless maybe that adult was the owner of a used bookstore). For me, discovering those great books on my own – and thinking that no one had read them ever; that these Sphinxes were speaking directly to me – was part of their power. If you want your kid to read The Outsider by Camus, hide it in your sock drawer.

Maybe it's for the best that Leonard Cohen's Beautiful Losers isn't being displayed in huge piles at the front of chain bookstores. Every teenager knows that your best friend has to be a bit dangerous for you. And that dangerous friend is more likely to be found lurking in some dark place, slouched and all alone – not shiny, with a new boob job, in the centre aisle.

TEEN READERS, ADULT BOOKS: WHAT WRITERS READ WHEN THEY WERE YOUNG

Stephen King's work was – for a young person – transgressive, exciting, forbidden and adult in the best possible way. It wasn't the horror; it was the way characters often sat around drinking beer and listening to Red Sox games, which seemed impossibly cool to me.

The only book I remember that really moved me that wasn't YA or a drug-store paperback was B.F. Skinner's Walden Two, about a commune in the United States. It was my mother's book from the early '70s. It allowed me to imagine a life different from the suburb we had moved to, that I found (predictably) stifling.

Sometimes, teenagers need to read books that speak to their own experiences and sense of place. Other times, they need a sharp encounter with the wholly foreign. A CanLit book that was important to me as a teenager: Robertson Davies's Fifth Business. I grew up the son of working-class Caribbean immigrants in Scarborough, and Davies' novel, about people completely remote from those around me, was thoroughly mesmerizing.

I read a biography of Gertrude Stein and one of Mary Cassatt; I was planning to be a great writer and a great artist, you see, and needed to know how it was done.

My favourite books in high school were probably The Magic Christian by Terry Southern, Tales of the Unexpected by Roald Dahl, Portnoy's Complaint by Philip Roth and Me Talk Pretty One Day by David Sedaris. These are still my favourite books. I don't have a degree in education policy, but my guess is that children would like reading more if they weren't made to read boring books all the time.

When I was about 13 or so, I read Lives of Girls and Women by Alice Munro. My mother gave it to me, and much later Alice Munro signed it for me at a reading. My parents were nothing like Del's but I still felt like that book was somehow expressing everything I was feeling as a proto-adolescent. Sometimes I even felt like Munro was telling my secrets, to everybody, in print. I read and re-read and pored over that book. Though I had read many, many other books that were written for adults, that was the one, I think, that made me an adult reader.

Two books that "blew my mind" in seventh grade: Richard Wright's Black Boy, and Charlotte Brontë's Jane Eyre. Both taught me that identity germinated from ordeal, punishment, abjection. I was moved by the plights of the first-person narrators – and by their wily, self-reliant, imaginative rebellion against the experiences of what Giorgio Agamben has called "desubjectification" – the horror of being turned into a naught, a cipher. 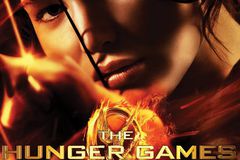 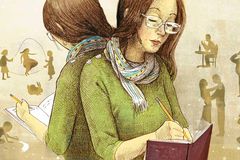 J.K. Rowling's sorcerer apprentices: How literary magic is entrancing the masses
September 30, 2011
Follow us on Twitter @globebooks Opens in a new window
Report an error Editorial code of conduct
Due to technical reasons, we have temporarily removed commenting from our articles. We hope to have this fixed soon. Thank you for your patience. If you are looking to give feedback on our new site, please send it along to feedback@globeandmail.com. If you want to write a letter to the editor, please forward to letters@globeandmail.com.
Comments