Markus Dohle, the CEO of the newly merged Penguin Random House, looks like a cross between Aaron Eckhart and Jon Hamm. Which is also to say that he looks like a politician, a fitting resemblance as he commences his latest campaign, travelling the world to the many offices of Penguin and Random House as part of an effort toward, as he says, "transparency and connection and communication" within the new company. He is the most powerful publishing figure on the planet, but for now all he wants to do is talk. Talk to his people, to answer their questions about an uncertain new era. And talk to you, his reader.

Known as an operations specialist, the German-born Dohle was put in charge of Random House's U.S. operations in 2008, prompting much fretting over whether a bean counter in charge would mean a diminishment of the romantic ideals that the business still cherishes. As Gawker snarked at the time, since he had "no obvious emotional attachment to high-minded writing per se, Dohle should be the ruthless numbers man [his predecessor] always fancied himself but could never actually become."

The company he now heads, whose merger was finalized on Canada Day, has almost 250 separate publishing imprints, spanning five continents, many of which act as almost independent companies. It employs more than 10,000 people. It will publish 15,000 books each year. And it will all add up to revenue of $3.9-billion, controlling 25 per cent of the American trade-book market, and an even higher portion in Canada. To say it is the biggest publishing company in the world is somehow to undersell it, like pointing out that the Beatles had a few fans, or that pizza is sort of tasty. Its existence is a likely necessary response to an extremely volatile publishing landscape, and probably the first of other such large-scale consolidations to come.

Until recently, I worked as an editor at a mid-sized independent publishing house, witnessing first hand the state of normalized panic that has come to define so much of the industry. The rapidly changing market presents a number of complicated realities, but the basic outline of it is this: There are fewer bookstores, and will continue to be fewer bookstores; Amazon is dominant, and will likely continue to be dominant; bricks-and-mortar retail in Canada is overwhelmingly controlled by Indigo, a chain that, to protect its own business, has become increasingly forceful in adjusting the terms of the business it conducts with publishers in favour of its own interests; and literary coverage in newspapers and magazines, previously one of the primary ways consumers learned about new books, is in decline. Also, people are buying fewer books. And the "digital revolution," which was to change everything and refresh drying revenue streams, has essentially plateaued here in Canada, stalled out at somewhere between 12 and 15 per cent of the market. Things, to put it mildly, are challenging.

The merger of Penguin and Random House is, on all levels, a response to the challenges facing the industry more broadly. Dohle insists that it is "a very pro-active move. This is not a consolidation, a synergy or a reactive move. It's not defensive. It's top-line revenue-growth-oriented, both domestically and worldwide." And in many ways that is true – both Penguin and Random House are successful companies on their own, and likely to be even more so together.

Their union is a move that anticipates a further erosion of retail stability for books, and recognizes that, in order to continue to thrive, publishers will need to create an entirely new model of communicating with readers. That outreach, Dohle believes, will be central to their potential success; he cites a desire to find better ways of reaching readers as "one of the key rationales for the merger." It's also one of the few ways in which the average reader will ever feel the effect of the merger that's caused such a storm within the industry's fragile ecosystem.

In other words, you can expect to hear from them. Brad Martin, the company's Canadian head, acknowledges that they intend to be much more direct with their customers, and that they hope to build meaningful relationships – meaningful beyond the parameters of what makes a company like Amazon so successful.

"I'm optimistic that we can have more loyalty than Amazon," he says. "Loyalty in terms of the personalities of our authors. You can be loyal to Amazon because you can get a new tennis racquet in 24 hours, free freight. But you're not being loyal to them on a more visceral level."

"Amazon," Dohle says, "is a huge transaction house. When we talk reach, we don't necessarily talk transactions. We talk buzz, making people aware of great reads in a really targeted way." How will they do that? Together, he argues, the companies "can crack the code of discoverability in a world of fewer bookstores, to come closer to the end consumer, to keep readers more interested in reading and provide them with the best reads."

Some of this is happening already, through programs like HarperCollins's Savvy Reader portal, which allows readers to participate in a 50-book pledge reading program and gives them venues in which to discuss their reactions. It's a subtle, non-exclusionary way for Harper to talk about their books with consumers directly, without making readers feel excessively targeted by the marketing. Programs such as it are being embraced industry-wide as a way forward, perhaps the way forward, with more being possible than ever before thanks to evolving social media. Penguin Random House believes that their superior resources and size will allow them to reach readers more directly and effectively than anyone else.

And they'll need that advantage if they're to succeed in their surprising broader mission, the shape of which becomes clear gradually, in between long runs of Dohle's eloquent but practised corporate speak. (He twice tells me that we are "drowning in information yet thirsty for knowledge," as though he just came across the sort of inspirational calendar on which those words would normally be printed.)

"Our societal assignment," he says, "is even bigger than making Penguin Random House a success."

As though the successful operation of the largest publishing house in the world weren't enough of a challenge, Markus Dohle has taken it upon himself to save the world, or at least the literary portion of it, as well. "I think Penguin Random House can have a hugely positive impact on our future society," he says, with a genial absence of humility.

In a sense, this is nothing more than a new iteration of the romanticism that's always been at the core of publishing, and a surprisingly soulful thing to hear from the man everyone feared would have no motivation beyond the bottom line. It is the belief that good can be done, change can be made, difference can be delivered, book by book by book. It also seems of a piece with their hunger to reach you, the reader. They don't just want to publish the books you love; they want to be the trusted friend who recommends them. They want to hang out, get to know your tastes, maybe gossip a bit. And then they'll suggest just the right thing for you to buy. It's smart strategy: If you think you can change the world through books, what better way to ensure you remain central to that change than by directly influencing which books people read?

It is also the grandest possible scaling of those old romantic principles, a sort of globalized corporate narcissism. But if there has to be a mega-publisher – and the coming years will likely bring more – we should hope that it keeps at its core a pale flicker of that old flame. Ultimately, Dohle seems a devoted follower of what we might call Spider-Manic philosophy – with great power comes great responsibility – perhaps to a messianic extreme. Those of us who love books must hope that his mission remains his motivation.

Simon and Schuster gets green light to publish Canadian books domestically
May 29, 2013 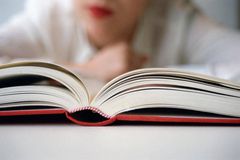 What does Penguin’s chairman see in the Random House merger? More ‘firepower’
November 12, 2012 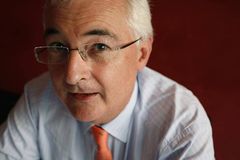 How will the Random House-Penguin merger affect Canadian publishing?
October 29, 2012 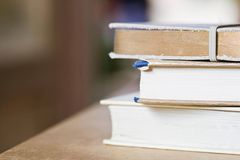 The truth about publishing: It's full of hotties
June 23, 2010
Follow Jared Bland on Twitter @jaredbland
Report an error Editorial code of conduct
Due to technical reasons, we have temporarily removed commenting from our articles. We hope to have this fixed soon. Thank you for your patience. If you are looking to give feedback on our new site, please send it along to feedback@globeandmail.com. If you want to write a letter to the editor, please forward to letters@globeandmail.com.
Comments