A thriller succeeds when it keeps us on the edge of our seat. Literature succeeds when it shows – and lets us feel – humanity where we least expect it. My favourite Elmore Leonard book, Killshot, is not widely regarded as his best thriller, but it has humanity in spades.

At its centre is a blue-collar couple written so real, you forget there's a writer manipulating them. (Since most writers are, if we're honest, ivory-tower types, this alone sets him apart.) But he goes one better: even the criminals are sympathetic. Blackbird, a killer for hire (who we meet in Toronto's own legendary dive, the Waverley Hotel) daydreams about his Ojibway grandmother, his childhood and a life outside of crime, but he's not a character waiting for redemption – that would be too easy. He's basically a jerk. His end, when it comes, feels deserved and terrible at the same time.

Killshot, like so many other of his novels, was turned into a movie. As fun as some of the film versions are, they rob the audience of immersion in Leonard's incredible prose. To guide the absolute beginner, and as an homage to Leonard, who died this week, fan Jack Kirchhoff offers a list of his Top 10 reads, below. – Lisan Jutras

Picking the 10 "best" Elmore Leonard novels is a mug's game, but I'm willing to share my own personal top 10, if you bear in mind that I haven't read all of Leonard's books.

The Moonshine War (1969): Set in rural Kentucky, which seems to be a sort of alternative literary home for Leonard. Son Martin falls afoul of city folk who want to steal his illegally distilled booze. This action-packed Prohibition-era thriller is alive with Leonard's characteristic complex plotting, humour and smart, authentic-sounding dialogue.

Swag (1976): Frank Ryan and Ernest (Stick) Stickley have a nice little business in small-time armed robbery, until they break the "rules" that have served them so well. Funny but somehow serious, with a rapid-fire plot and dramatic tension that ratchets up right to the last page, Swag is classic Elmore Leonard.

Cat Chaser (1982): A retired U.S. soldier searches for the Dominican woman who saved his life, has an affair with the wife of a sadistic strongman, and hatches a plan to rip off his lover's husband.

Stick (1983): Stick Stickley, back from Swag, is determined to go straight after being released from prison, but he inadvertently gets mixed up in a drug deal that turns into a disaster, and must then deal with the dealer.

LaBrava (1983): Former federal agent Joe LaBrava gets tangled up with a movie actress with whom he was moonstruck when he was 12, then finds out she is being hassled by two thugs. The 1984 Edgar Award winner.

Freaky Deaky (1988): Detroit cop Chris Mankowski, former star of the bomb squad, becomes entangled with one-time revolutionaries who turn to bomb-making for profit – and revenge. This cops-and-bombers tale is chockablock with urban grit, wealthy sleaze and film-world glitz, and – of course – superb dialogue and taut storytelling.

Get Shorty (1990): Florida loan shark Chili Palmer chases a debt all the way to Hollywood, where he pitches a movie based on his runaway debtor. The satire is pointed and the humour is hilarious in this lively, colourful portrait of the Sunshine State's criminal underworld meeting the sordid world of filmmaking.

Out of Sight (1998): Gentleman thief Jack Foley is breaking out of prison in Florida when he runs into shotgun-toting federal marshal Karen Sisco. There's a lot of chemistry between them, but Jack needs to get to Detroit for a big score, and Sisco is, after all, an officer of the law.

A Coyote's in the House (2004): This one is uncharacteristic in that it's a children's novel, in which Antwan, an urban L.A. coyote, and Buddy, an elderly film-staür dog, meet, make friends and, eventually, conspire to trade places. But it's also characteristic in its sharp dialogue, intelligent humour and tight storytelling. A kids' book that is eminently suitable for adults.

Raylan (2012): Due to his propensity for shooting bad guys, U.S. Marshal Raylan Givens is punished by being assigned to the rural mining community of Harlan County, in eastern Kentucky, where he grew up. There he crosses paths with the drug-dealing Crowe brothers, who are expanding into the body-parts business. – Jack Kirchhoff 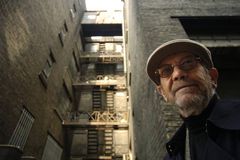 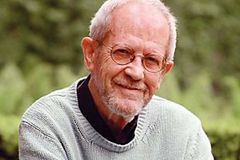