"Here's how the game works, you guys," Jian Ghomeshi says before describing the rules of the reality-TV-style CBC Canada Reads "debate" to the champions of the five books involved. Four days, four debates. In the end, one book "survives" to embrace one year of excellent sales. The debaters are not writers. They are attractive, smart personalities.

Writers spend years researching, writing and editing each book. Our work is vocational and, as with most vocations, it pays poorly. A recent Writers' Union of Canada report said we earned an average of less than $12,000 a year for our writing. We mostly work at other jobs, though I would argue that there is no Canadian writer who doesn't wish to live solely from writing.

Canada Reads provides one way for that to happen. A book that makes it to the final round will see a new life in terms of reviews and attention. Pulling one's book from such a process – while not impossible – would be a hard call. Every writer wants her book read and admired, not to mention bought, and every publisher wishes to see its investment succeed. So, where is my complaint?

When Canada Reads first aired, in 2002, a number of authors were panelists. They submitted five books, from which one was chosen to be theirs to defend. To some extent, these two details mitigated the lowbrow aspects of the central concept. It was more debate than game. The author panelists lent credence to the conversation, and books were discussed in depth.

In the past two years, the system the CBC has used to select books has become increasingly bread and circuses.

Last year, Canada Reads instigated an online public recommendation system. Writers who were savvy with self-promotion flogged their work, pleading, in some cases, for votes. Scrolling along the Canada Reads Web page was what I came to refer to as "the Twitter feed of desperation." I felt sick about it. It was wrong that writers should have to beg. It belittled the book in which they had so invested themselves; it also created an atmosphere of unpleasant competition in a very small community. Writing is about conversation, and that conversation lags and dies when the topic becomes as mundane as "which book is best?" How does this book work or not work is a conversation. My book is better than yours because it sold more copies is not. Try it at a cocktail party. Guaranteed conversation stopper.

In Canada Reads, strategic voting has supplanted investigation, so that no real substantive inquiry into how the books work is necessary. The debaters and the host can operate on the superficial landscape of whether a book is Canadian enough, or whether they "like" the characters. A writer would never argue a story on this level. Likeability doesn't really interest us. Being Canadian enough doesn't enter our heads.

Controversy means attention, and attention for the broadcaster is important. But this type of attention (I wanted X to win!) does nothing to develop a healthy national space for writers. It brands certain books as best, against the reality of the many books the public will never hear of since their authors or publishers were not as successful at promoting them.

It isn't difficult to see why this might be bad for readers too. Reading and writing are connected pursuits, private, intellectual and emotional. Readers need to be trained to read properly. I know that sounds snotty. I don't mean it to. I simply mean that there is a meaning to the way a book is put together, and that meaning is important to why the book was put together the way it was. It might be important that the protagonist is unlikeable. It might be imperative that a book challenges what you think a Canadian experience might look like. Books change us, but not if we don't read and think deeply.

This year, Canada Reads decided to bring attention to non-fiction titles, problematizing their "game" further. I'm sure the CBC wasn't expecting accusations – toward the authors – of terrorism and lying, but they didn't surprise me. Such attacks mean only more attention. It doesn't matter to the CBC which book is best because this format seeks only to promote itself. And in this endeavour, the CBC is bottom-feeding on culture, a type of consumption that is extremely damaging to the future success of writing and reading in this country.

Kathryn Kuitenbrouwer has recent short fiction in Granta Magazine and The Walrus. Follow her on Twitter @KKuitenbrouwer. 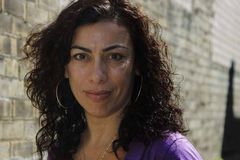 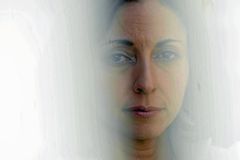 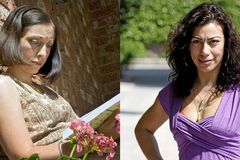 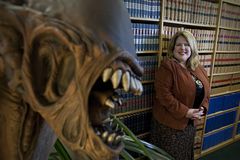