Last week Ross King did California. This week it was Miami, St. Louis and Houston. Next week is Boston, Washington and Philadelphia. And in the midst of it all, without missing a step, this past week King collected a Governor General's Literary Award – his second – for Leonardo and the Last Supper, the book he is currently promoting to eager buyers throughout the English-speaking world.

No Canadian writer before him has so thoroughly mastered the business of selling high-toned non-fiction to a mass audience, but King makes it seem easy. His ascent appears to have been as smooth as his prose, beginning in a two-room schoolhouse in rural Saskatchewan and elevating him to the position he enjoys today as a world-leading explicator of art history.

Universally well-reviewed, Leonardo is King's third portrait of Renaissance genius, following books on Brunelleschi and Michelangelo. He won his first GG award for The Judgment of Paris: The Revolutionary Decade That Gave the World Impressionism, described by the New York Times in a now-typical commendation as "a tour de force of complex narrative." Four years later King turned his attention to his native country with Defiant Spirits: The Modernist Revolution of the Group of Seven.

With every new book, King takes the same approach, sifting through familiar stories of great artists to find overlooked gems of information and context, polishing them to a fine lustre and stringing them into bright garlands as artful as the subjects he treats.

But to hear the author describe it, his ascent has been anything but smooth, more a series of accidents, "one detour after another," than the deliberate master plan to dominate popular art history. He spent 14 years studying English literature, beginning at the University of Regina and ending with a postdoctoral fellowship at University College, London, preparing for an academic career that never happened. He then turned to novels, drawing on his expertise in 17th- and 18th-century literature. He married an Englishwoman, becoming an accidental immigrant to her country, where he still lives. But it was while planning a novel on the Renaissance architect Filippo Brunelleschi that King undertook what he calls "my major career detour" – moving from fiction into non-fiction and becoming an art historian.

The more he learned about Brunelleschi and his times, King says, the more amazing the true story seemed. "So I thought, this doesn't need fictionalizing," he says. "In some ways it would do a disservice to Brunelleschi if I wrote the story as a novel." The sources were rich with information. "And I realized I could assemble all of that and do a novelistic style of history."

End of detour. The rest is art-history history, a long series of complicated, award-winning yarns suffused, he says, with "plot, character, action, atmosphere, description – all the things novelists are interested in."

Unlike many practitioners of what is sometimes called "creative non-fiction," however, King insists on the "non" part. "I want to write it like it's a novel, but I'm not interested in making things up," he says. At the risk of driving away readers, he makes free use of footnotes, "because I like to emphasize the fact that I'm not making this up and this is actually a true story."

"I'm not a creative non-fiction writer at all," King insists. "The creativity for me – if it's there at all – is simply in the way I tell the story, the way I order it."

The story is also generally well known to readers before they even begin – universally so in the case of Leonardo. Even King's most obscure subject, the Group of Seven, is beyond familiar to Canadian readers. But as King has made a career of demonstrating, familiarity breeds incomprehension. What everybody knows about these famous artists is often untrue. "The stories become interesting when you part the curtains of myth," according to King.

"I'm suspicious of myths," he adds, "so what I try to do is show that the real story can be more interesting, and that the myths hide things and sometimes do a disservice to the painters themselves." It is precisely the familiar story, because of its familiarity, that must be "interrogated or attacked or looked at very closely – scrutinized through the lens of context and the historical record."

The trick is bringing it alive and making it accessible. "Bertolt Brecht had this sign above his desk saying, 'Even I have to understand it,'" King jokes. "That's my philosophy as well." The phrase hangs in his own mind as he tackles such arcana as Renaissance engineering, painting techniques and the endlessly convoluted politics of 15th-century Italy.

It can all seem easy, and maybe it is.

"Difficult work is what my grandfather did, which was clearing a plot of land on the Prairies during the Laurier administration," King says. "Travelling around eating at nice restaurants, talking to people and having them clap afterward is not a difficult way to make a living. I don't complain." 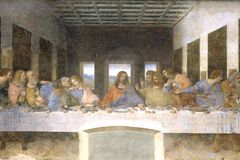 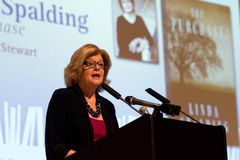