For Lawrence Hill, a frequent guest at Writers at Woody Point, it's partly about the whales that parade by in Bonne Bay. For Michael Winter, it's about swimming in his birthday suit in the sea or under a waterfall, once at dawn with a musician with whom he had been singing and dancing all night. For Michael Ondaatje, it's a "wild and swirling event" that breaks down the barriers between performers and the audience.

Don't come to Writers at Woody Point expecting panel discussions of literary topics, or advice for would-be writers on finding a publisher, or a cloistered atmosphere in which to treasure the written word. That's not what makes this festival, celebrating its 10th anniversary this year, special.

For a few days each year in August, the boundaries between nature and humanity, between words and music, between writers and readers seem more fluid. It's partly the festival's proximity to some of the world's most spectacular scenery, at the edge of Gros Morne National Park. It also owes much to the unpretentious intimacy that Newfoundland inspires: Strangers travelling to readings on the ferry that links Norris Point with Woody Point become instant friends, and writers don't keep their usual distance from their fans.

Now that it has a decade behind it, the festival's success seems inevitable, but at the start it seemed almost risibly improbable. Woody Point is a dot tucked between a nook and a cranny on a fjord on Newfoundland's west coast. Formerly a bustling commercial and fishing centre, it was a backwater with 400 residents when Ontario sportswriter Stephen Brunt bought a summer place there at the turn of the millennium. In 2002, he came home one night from a meeting about the local heritage theatre and said to his wife, "I've just had a really good idea, and I think I'm going to be very sorry I did."

The idea was to use the theatre for a festival of writers and music. Brunt had attended very few literary festivals, but he had a few firm convictions. "It's summer," he says, "I'm not dragging people in and making them go to church. You will be entertained." He wanted an atmosphere more like a Newfoundland "kitchen party" than holier-than-thou literary chat and panel discussions. The festival would concentrate on writers reading from their work and there would be music at every event.

The conception was painless, the birth a little more challenging. Faced with realizing a literary festival in a remote place, with no funding and no experience, Brunt had a combination of savvy intuition and beginner's luck. He enlisted another CFA (Come From Away), Toronto journalist and producer Alison Gzowski, as artistic director. "You have that sensitivity when you're a CFA," she says, "and you don't want to act like Miss Toronto." The majority of writers and musicians at the festival, they decided, would be Newfoundlanders.

Gzowski invited Shelagh Rogers, now of CBC Radio's The Next Chapter, to host the festival. Irish writer Bernard MacLaverty was asked to read, as well as Lisa Moore, Michael Crummey, Bernice Morgan and Gordon Pinsent, among others. Pinsent was an enormous hit, his presence reassuring skeptical Newfoundlanders that their own talent would be honoured.

Pinsent also starred in one of the festival's founding myths, the mystery of Shelagh Rogers's travelling black underpants. She had been swimming off a boat in her underwear, which she describes as "your grandmother's black bloomers." When she got dressed, she squeezed them out and forgot them on the boat. They first resurfaced as a flag on a car aerial; she retrieved them and then forgot them again, at a church breakfast. That night onstage, after announcing that her undies were missing, Rogers gave an eloquent introduction to Pinsent, whom she reveres. It was a hot night, and he had an elegant black pouf in his jacket pocket. He pulled it out to mop his brow, and the pouf grew and grew. It became clear, to general hilarity, that he was mopping his brow with the lost undies, and a legend was born.

A decade later, the same unpredictable, rambunctious spirit marks Writers at Woody Point. When Hill is asked what makes it, as he says, one of the world's "most riotously entertaining literary festivals," you can see him ticking the answers off on his fingers. Aside from the whales, they include: "Every pair of literary readings sandwiches a musical act. So it's words and notes, every evening. Second, the writers and musicians hang out. Eat together. Dance together. Come to cheer each other on, during performances. Third, some of the best hiking in Canada. Fourth, Stephen Brunt and his co-conspirators make us all feel like part of a boisterous, adventurous literary family."

Writers at most literary festivals socialize mostly with the other writers when not onstage. That is not the case at Woody Point, where writers and musicians drink and dance with audience members and locals each night at the Legion and other bars. Last year, the sometimes reclusive Ondaatje danced at the Legion until 3 a.m. on the Saturday night, leaving one Newfoundlander with her first hangover and the star-struck memory of having danced with Michael Ondaatje.

Rogers has hosted every year, becoming, in Brunt's words, "the glue" that holds it all together. Other traditions have accrued – the presence of the most recent Giller winner, an innovative co-production with Parks Canada of a guided literary-musical walk in the woods, and an onstage interview conducted by Rogers, an improvisation she calls "sculpting something out of the air."

The 2013 festival, held from Aug. 13 to 18, is the biggest and most ambitious to date. The musicians include Joel Plaskett, fiddler Kelly Russell, singer Pamela Morgan, the semi-classical Duo Gelato and the classical Gros Morne Summer Music. Will Ferguson, Cathy Marie Buchanan, Wayson Choy, Michael Winter and Greg Malone will read, among others. Parks Canada will guide two literary-musical walks, one on the Tablelands Trail and the other on the Lomond River. And the whole town and its guests are welcome at the wrap-up party at the Legion on Sunday night.

Perhaps at the Legion, if not before, Brunt will remember his long-ago comment to his wife, that he had a very good idea and he was going to regret it. Well, he got it half right. 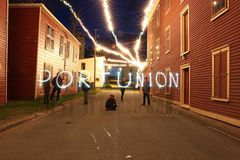 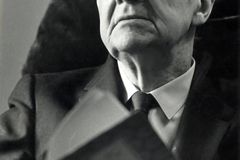 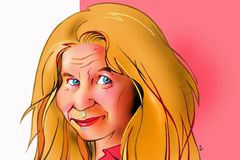