At one point in the conversation, Alexander Stille refers to his extended family memoir, The Force of Things, as "an intimate history of the 20th century." A few minutes later, after he's crisscrossed war-ravaged Europe with several generations of his ancestors from the Jewish refugee side, ending up in the chaotic Greenwich Village brownstone where his Russian-born, Italian-raised, pyjama-clad father writes authoritative columns for Milan's Corriere della Sera, it turns into "a clandestine autobiography."

Then his mother comes into his story, the aspirational daughter of Midwest WASPs who took up with an exiled strain of the Bauhaus movement and gravitated toward the kind of brilliant displaced European who was better at making sense of postwar America in art than in life. At this point, as he describes this powerful woman's powerlessness in her unhappy marriage, The Force of Things becomes "the neglected story of women before feminism" – in which Stille aims to "reconstruct the texture of private life in early to mid-century America."

Clearly his conception of intimate history is sprawling. The universal and the particular are never far apart in this palpably humane new memoir of the cross-cultural complications produced by the migrant century.

And almost as clearly, there will be a certain slipperiness in his clandestine revelations; it's a memoir of perfectly matched and equally mismatched parents in which the author is rarely seen. Nothing is fixed, the people you encounter are never quite as they present themselves, all certainties and identities are subject to the whim of history – the force of things that turned the 20th century upside-down and brought Alexander Stille into being.

The 56-year-old New York journalist and professor at Columbia University has grappled with those forces in his own work, notably in books about Italy's more self-destructive tendencies – Excellent Cadavers, a study of the Mafia, and The Sack of Rome, which comes with a says-it-all subtitle that itself sounds like a clandestine autobiography: How a Beautiful European Country with a Fabled History and a Storied Identity Was Taken Over by a Man Named Silvio Berlusconi.

Identities, in Alexander Stille's many worlds, are always subject to alteration and appropriation. His Byelorussian dentist grandfather covered up his background and found a fraudulent way to make himself a pioneer of the Italian nationalism movement through a conniving patient who was the mistress of the Fascist poet laureate, Gabriele d'Annunzio.

His father didn't learn he was Jewish until he was 12 years old, having assumed as he wrote Christmas letters to the baby Jesus that he was a full-fledged Italian Catholic. But then, naturally enough in wartime Italy, his almost accidental Jewishness became the defining element in his life. Though he went to school with Mussolini's sons and goose-stepped in the blackshirt youth corps that welcomed Hitler to Rome, he was still sent packing.

"He was angry when he discovered he was Jewish," says Stille. "And then ashamed at being angry. And then 20 years later when he's courting my mother, he lies to her about being Jewish. He feels a need to hide that side of himself to win approval."

Double lives make for fascinating memoirs, but the psychological cost is huge. Stille grew up on the front lines of a marital war, where his father constantly taunted his mother for being a know-nothing provincial American. His mother belittled her husband in turn by mocking his shabby, poor-relation refugee side.

"When you are ashamed of where you come from and choose to hide parts of your past, it eats away at you," Stille says. "That was the toxic part of my parents' marriage: They were drawn together because of their differences, and yet in some weird way, each made the other feel badly about where they came from."

It's been left to their son to make some sense of these paradoxes, and while he expertly finds the humour and tenderness and sense of the absurd that can mollify all that history-aided dysfunction, he's still left to sort out his own place in the story.

It's not simply that his father, a legendary exponent of American mores for Italian readers who could come across as a bit of a schlump in his newspaper-strewn New York habitat, never taught his children his native language and never took them to his homeland. Alexander Stille made up for that eventually, going to live in Italy as an adult and discovering a more complete version of his absent father by consorting with the ghosts of his past.

No, there's something more fundamental about his identity that only a book-length memoir can begin to sort out: his family name. His father, known to his readers as Ugo Stille, began life as Mikhail Kamenetski. Stille, the German word for silence, was a joking pseudonym that he and a young friend adopted to cover their tracks as dissident writers in the Mussolini era. The friend died in the Italian resistance movement, but the name stayed.

And now it perfectly fits the clandestine half-Jewish, half-Italian autobiographer. "It's a name with a lot of meaning invested in it," Stille says. "Just inheriting a name passed down through sheer accident of birth is almost banal. Yes, it started out as an act of camouflage. But things that are artificial become real at a certain point, once they acquire a history." 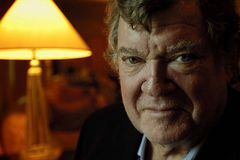 Opinion
Berlusconi's winning streak runs out as Italy rules its PM is no longer above the law
October 8, 2009
A tangled political web
May 1, 2004
Follow us on Twitter @globebooks Opens in a new window
Report an error Editorial code of conduct
Due to technical reasons, we have temporarily removed commenting from our articles. We hope to have this fixed soon. Thank you for your patience. If you are looking to give feedback on our new site, please send it along to feedback@globeandmail.com. If you want to write a letter to the editor, please forward to letters@globeandmail.com.
Comments