The problem with contemporary poetry is poets. The poems are lovely – dense, funny, sensuous, interesting. The poets are an unhappy people, riven by grievance, whose primary occupation seems to be the sanctimonious denouncing and shaming of other poets. Read poetry by all means, but take my word for it: Stay away from poets.

Never, as a corollary, listen to poets trying to explain what their poetry is. As a recent collection of interviews with poets – What the Poets Are Doing: Canadian Poets in Conversation (Nightwood Editions, 2018) – showed, a lot of Canadian poets are still content to speak mostly with each other in the jargon of the postmodernist English department or in the highly abstract language of poetry itself. That was a book destined only for other poets.

Every now and then someone who loves poetry tries to ride to its defence in everyday language, as an educator, to try to demonstrate that poetry is not nearly as terrible as its practitioners are. This is what Adam Sol has done in his collection of essays How a Poem Moves, a series of 35 close readings, each of a single poem, explaining how each poem troubles, amuses or mystifies him. These essays were originally published on a blog. The chapters have titles such as “How a poem invites us to praise” or “How a poem changes as we read.” The point is not so much to help students with their essays on each individual poem, but to make an argument about poetry as a whole: that the goal of reading it is not to find a message but to take pleasure in its ambiguities, its inconsistencies, its puzzles, to sit with mystification and enjoy it. One of Sol’s key techniques is to admit, after citing an eerie and cryptic line, “I don’t know what it means” or “I can’t be sure what this is referring to.” After every one of these comes a “but”: but I enjoy being thrown down this trail of mystery and uncertainty, or into this particularly atmospheric reverie. And listen, he is constantly saying, to how it sounds!

Sol is a poet himself – author of four collections, one of which won the Trillium Prize – and an academic with a PhD. He was a judge for the Griffin Prize in 2016. (And, full disclosure, I have had a beer or two with him. I also know socially many of the poets he discusses here.) But his audience is decidedly not poets or academics: He is speaking to an imagined outsider, someone intelligent and literate who is frustrated by puzzlement when reading the fragmentary, allusive and downright nonsensical lines that make up so much contemporary verse. Sol speaks like a genial teacher standing before a somewhat impatient class – he always seems aware the bell is about to ring and they are all going to rise en masse with their backpacks.

This assumption is probably accurate – and his affability is certainly a relief after years of reading poets talking about languaging their bodies and inscribing erasure – but sometimes his folksy tone can veer just toward the edge of condescending. When he writes, “There’s a whole world of great poems out there to explore,” one may feel, comfortably or uncomfortably, that one has been relegated to the beginner’s class. Admittedly I am a literary insider and so in no position to really judge what an average reader actually thinks like, but I suspect that few people who are genuinely completely uninterested in poetry will have picked up this book in the first place.

Biker poetry is an antidote to literary arrogance

This is not to suggest that Sol picks easy poems to dissect. Quite the opposite. He has a true passion for the mysterious and confusing, and has selected here a wide variety of U.S. and Canadian poets, from the imagistic (Yusef Komunyakaa’s crystalline Yellowjackets, about a horse stalled in a field) to the experimental (Shannon Maguire’s [The most visible ants are], whose bony language Sol admits “might seem decidedly ‘unpoetic’”). The last six chapters are about poets who were nominated for the Griffin Prize. Part of the huge pleasure of this book is in discovering these poets who are not, let’s face it, on the front page of every newspaper’s books section. I found myself unexpectedly moved by some of these discoveries – Deborah Digges’s lines “the perfect squares of sod covering / the new graves like / doors into the earth / my arms / full of flowers” haunted me for days, and I found my eyes filling with sudden tears after finishing Don Paterson’s poem about putting an old dog down (“And love was surely what her eyes conceded / as her stare grew hard, and one bright aerial / quit making its report back to the centre”). Of the more experimental poets consider Madhur Anand, whose poem Especially in a Time is assembled from phrases from a scientific research paper. (“Elytral lengths, slope of the regression, / and mid-latitude precipitation / unravel the anomalies.”)

Sol is particularly sensitive to the value of the as-yet-undefined, since giving voice to the contradictory is poetry’s principal strength. He observes, for example, “We need a word in our language for pre-nostalgia, the awareness that a moment we are experiencing is special, fleeting, destined to cause us sweet pain when recalled later.”

But his greatest skill is in underlining the potency of aural effects: He is always on the lookout for alliteration, assonance and consonance, for hidden rhymes and barely-there metres. He can spot a glancing reference to villanelle or sonnet structure even when it is buried. He readily admits multiple meanings (he points out, for example, that Liz Howard’s title A Wake may refer to a ship’s trail, a memorial gathering or the word “awake”). Whenever he reads an actual meaning into a poem – and he sometimes goes quite far with his eisegesis, imagining explanations for very cryptic poems by Damian Rogers, Amber McMillan and Joy Harjo, for example – he is careful to phrase it as a personal association rather than as an authoritative answer: This, he says, is what “the jury-rig of the undiminished memory” suggests to me.

And he manages to do all this without denouncing anyone, without referring to any Twitter war or perceived exclusion. This is truly a welcoming book – at once an educational snapshot of the contemporary literary scene and a useful example of how to teach for educators themselves. 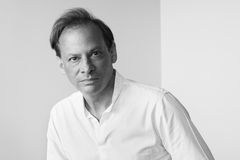 Opinion
Globe Book Club: Why book clubs are for spending time with friends, not authors
Subscriber content
May 6, 2019 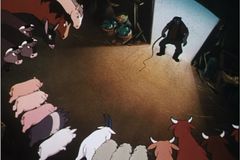