It’s no secret that the modern world is stressful and unhealthy, nor that that stress and ill health is unevenly distributed. But COVID-19 has brought this reality into sharp focus. So, the timing could not be better for a new book, Hardwired: How Our Instincts to Be Healthy are Making Us Sick. In it, Alberta physician Louis Hugo Francescutti and Ontario social scientist Robert S. Barrett delve into pre-existing conditions in the social world that have made us vulnerable – and why our evolutionary hardwiring is part of the problem.

Francescutti, a professor and past president of the Canadian Medical Association, and Barrett, a pilot, former elite athlete and behavioural and group dynamics specialist, apply their unique experiences to making the case that there’s an evolutionary mismatch between our programming and our hectic modern lives. The Globe and Mail sat down for a Zoom chat with the authors, to hear about the perils of social media, screen time and stress.

Let’s begin with the state of modern health. Where are we at?

Francescutti: We’re living in pretty good times. But that’s only if you’ve got a job. That’s only if you’re educated. That’s only if you’ve got good social contacts. That’s only if you’re literate. That’s only if you’ve got a couple dollars in the bank. If you don’t, then it’s not going so well. I’ve got biases, as an emergency physician in an inner-city hospital. I see the worst of the worst. But when you take a look at what’s happening from a societal perspective, as a whole, we’re not living as long as we used to. A lot of these chronic diseases are a result of lifestyle choices. And we believe a lot of it has to do with how we’re hard-wired … Somebody has got to explain why there’s a 35 per cent rise in suicides amongst our young people. Somebody’s got to explain why the World Health Organization was correct when they said that by 2020, depression was going to be the leading cause of disability worldwide. And somebody’s got to explain the obesity epidemic that we’re facing, as well as the opioid crisis. Yeah, some people are doing well. But a lot of people are not. And what COVID has done is really brought out the disparities between the haves and have-nots.

Why is it important to draw on both social sciences and medicine to understand what’s going on with modern health?

Barrett: Our social world is changing so rapidly. We all inherently feel that stress and anxiety is complicating our lives. That’s a big part of the story – that friction point between our evolutionary hardwiring and our rapidly changing social world.

Francescutti: We’ve been wired for millions of years in a certain way, to be driven by dopamine. You’d get dopamine rewards every time you found water or found a morsel of food or had sex. That’s what we are used to …[Now] just walk into a grocery store and take a look at the choice we have. We almost have too much choice. Humans are wired for a different century. Humans that have got their social determinants of health in place and have a strong, supportive environment seem to thrive in this world. But for the average Joe and Jane out there, they are so busy struggling, and trying to make either a mortgage payment or a rent payment, and keep a job, that they fall victim to instincts they think are going to make them healthy, but actually make them sick.

Instinctively, we know a lot of this, but the details in the book are surprising. The opening chapter, for instance, argues that “a hospital is the most dangerous place on earth.”

Francescutti: None of us in health care go to work every morning and say, “Let’s see who I can harm today.” But what ends up happening is that we become very complacent in these complex systems. We rely too much on technology. We rely on protocols that we’ve used in the past that have served us. We really don’t think that we’re the ones that are going to be making that mistake. I can tell you, on an eight-hour shift, I probably see four or five near-misses … The error rate in medicine today is quite alarming. The reason that’s the first chapter is that we want to get people shocked into not wanting to go to a hospital. And the only way you can do that is by making sure you’re healthy.

You write about childhood brain development. What do we know about the impact of screen time?

Barrett: The age of children when they are exposed to flashy screens is a very important part of development – they can get stuck in a fight-or-flight response. There’s all sorts of chemical processes and neurological processes. To simplify it, getting stuck in a fight-or-flight response by looking at screens on a continuous basis means they tend to be more emotional. That’s the amygdala part of the brain that controls our emotional state and our reactivity. So, some of these kids end up being more reactive, more emotional, less able to regulate themselves. And if the stress is significant enough, there’s some fascinating research on lifelong implications of childhood stress.

Social media is explored at length. The pandemic has, of course, increased usage. Why is that dangerous?

Barrett: Social media is the medium of our time. It is the ultimate drug, so to speak, for our hardwiring. Every time we look at a cellphone, we get a dopamine hit. We also get an oxytocin rise. We call that the cuddle hormone – that’s the feel-good hormone, between a mother and a newborn baby … So, we have this brain chemistry that goes wild on social media … It’s highly addictive, we know, not only because of the brain chemistry but because of how it plays into our ancient evolutionary drives for being part of groups … 95 per cent of us look at our screens before bed. Not only does that affect our sleep in a negative way, but then we have this fear of missing out. Teens are particularly susceptible to this because of the way their brains at the adolescent age are completely geared towards peer acceptance. We know that teens will often wake up in the night – their brains will wake them up so they can look at their social media account and see what’s going on. 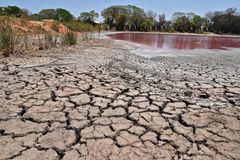 One teacher’s quixotic quest to transform how kids learn
October 19, 2020 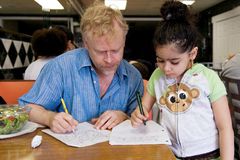 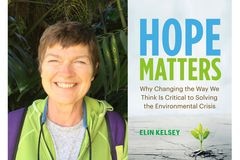