On an October Sunday, a group of investors filed into the Emerald Ballroom at Vancouver’s Fairmont Pacific Rim Hotel, where they were offered champagne and mimosas, a spread of delicacies and the promise of entertainment.

In a makeshift green room down the hall, the talent – five of the six authors shortlisted for the 2019 Scotiabank Giller Prize – brunched in luxe privacy. (Michael Crummey, who is shortlisted for The Innocents, wasn’t able to attend). There were pastries, eggs Benedict and fresh berries. When one of the writers commented on the high quality of the blueberries and joked that an entire bowl would be nice, a bowl full of berries materialized, to their surprise. “We ate them all,” says David Bezmozgis, nominated this year for his short story collection Immigrant City. “We don’t waste food.”

Writers of fiction toil away largely in solitude and often in obscurity. Beyond giving them a shot at the $100,000 prize, a spot on the Scotiabank Giller Prize shortlist thrusts these authors into a whirlwind of publicity and touring that at times feels more rock star than literary: fancy hotels, fans at every stop, the odd limo, backstage bowls of the finest berries.

The tour, also, more importantly, offers access to audiences in stops across the country – and beyond – leading to increased exposure for the artists, book sales and new publishing deals. This is what can happen when a major financial institution makes a commitment to bankroll culture. “Publishers on their own couldn’t manage this,” says Ian Williams, shortlisted for his debut novel, Reproduction.

When Jack Rabinovitch dreamed up the Giller Prize, his objective was to make it a national award that put the spotlight on Canadian literature. The glitzy prize gala in Toronto is invitation-only, but a public reading series has emerged from it. Between the Pages, originally a single night in Toronto, has expanded to events in six cities this year, including New York, as well as two stops at high schools and two “Ultimate Book Club” brunch events for top-tier banking clients of financial companies acquired by Scotiabank (full disclosure: I moderated the Pacific Rim event).

While access to readers is the main objective, Scotiabank Giller Prize executive director Elana Rabinovitch (Jack’s daughter; he died in 2017) points out that it also benefits the authors themselves, and not just professionally. “They get to bond with each other, so it feels more like a family than people vying for competition,” she says, adding that it also gives them something to focus on between the shortlist announcement and the gala. “So they’re not just sitting on shpilkes and waiting and waiting.”

The cost of the tour is “considerable,” says Rabinovitch, who was unable to supply actual figures. But it’s covered, for the most part, by Scotiabank – over and above the prize money (which is considerable: in addition to the $100,000 for the winner, each of the five other shortlisted authors receives $10,000). Air Canada became a sponsor this year, supplying flights, along with passes to the first-class lounges.

Before Air Canada came on board, publishers were asked to cover flight costs if they were able. For independent publishers, that can be a hardship. When Michelle Winters’s novel I Am a Truck was shortlisted in 2017, it meant a scramble for its not-for-profit publisher. Invisible Publishing head Leigh Nash had to apply for a credit card to cover the travel, and also had to order an urgent print run – 8,000 additional copies, compared with the original print run of 800.

If being shortlisted caused some short-term stress, the outlay of cash paid off in every way – in book sales (Scotiabank alone bought about 1,700 copies, which helped finance Invisible’s sudden expenses). And also in exposure both for Winters, who signed with a U.K. agent after the London event, and for Invisible Publishing, which has seen a steep increase in submissions and is now eligible for additional grants. “It feels like our Cinderella story, in a way,” Nash sats.

While we’re on fairy tales, the international exposure was also life-changing for tiny QC Fiction’s Eric Dupont, shortlisted last year for Songs for the Cold of Heart (translated from French by Peter McCambridge). After the Between the Pages stop in New York, Dupont got a publishing deal with HarperCollins U.S.; the book comes out in February (with the book’s original title, The American Fiancée). It is very rare for a Québécois author who writes in French to be picked up by a U.S. publisher, Dupont says.

For the authors, it is a very busy fall with a glorious and gruelling mishmash of commitments, some made long ago – a teaching job, a book tour – some popping up because of the Giller shortlist.

Alix Ohlin, shortlisted this year for Dual Citizens, is chair of the Creative Writing program at Vancouver’s University of British Columbia; Bezmozgis is program co-ordinator of the Creative Writing program at Humber College in Toronto. Megan Gail Coles, who is shortlisted for her debut novel Small Game Hunting at the Local Coward Gun Club, is doing her doctorate at Concordia in Montreal. Williams moved heaven and earth to get back to UBC for his Wednesday Introduction to Poetry, a lecture class with 170 students from a variety of disciplines, including science and engineering. “This might be the only poetry exposure they get in four years of university,” says Williams, who at times landed in Vancouver the day of the class, drove to the university to teach it, and flew back out that night.

Then there are family commitments.

Steven Price, shortlisted for his novel Lampedusa, was at LaGuardia at 4 a.m. on October 31 to board the first of the flights that would get him home for Halloween. He made it to his house in Victoria just in time to take his children, aged 4 and 8, trick-or-treating. The next morning, Price was on a flight back east to Toronto for book festival events. “I was literally home for ten hours,” says Price, whose wife, Esi Edugyan, has won the Giller twice, including last year. “These are nice problems to have,” Price adds about the demanding schedule. “There’s no worse feeling than publishing a book and feeling like there’s nobody out there that wants to hear about it. Having been in that situation many, many times … I’m still very aware of how lucky that is.”

Coles’s favourite part of the tour were the visits to two inner-city schools, in Winnipeg and Ottawa. This is a new initiative by First Book Canada – an organization that supplies books and other educational resources for students from low-income families – and may expand next year owing to its success. “Speaking to students about how I came to become a writer and how I came to be sitting in front of them in the hopes that maybe someone in the room also has a similar aspiration and needs to hear it said is … very rewarding,” Coles says.

The Giller allows the shortlisted authors to experience extravagances unusual in the life of most writers. Williams’s room at Toronto’s Four Seasons Hotel was so fancy that after checking in very late one night, he couldn’t find the toilet. “I went into the bathroom and thought: I know it’s in here somewhere; there’s got to be a toilet.” (It was behind a glass partition.)

The tour has another, perhaps unintended, consequence, changing the dynamic of the actual award night. At the Giller gala on Nov. 18, they’ll be back together, a glitzy reunion of people who are more friends than competitors. “You’ve gotten to know one another as people, as friends,” says Bezmozgis, who has been shortlisted for the Giller twice previously, before the experience included such an extensive tour. He prefers it this way. “Other times if you’re on the shortlist, you show up on the day they’re announcing it and you don’t really don’t know the people. In my case, I’ve always lost, so you lose and you walk away and it’s kind of an empty little feeling from the moment that you don’t hear your name called.” (Bezmozgis has also been shortlisted twice for the Governor-General’s Award and has won other prizes, including the Toronto Book Award.)

“But I think in this instance, there will be five of us who will be losing together and we all know each other … It’s kind of a communal experience in a way that it normally isn’t when you’re on a shortlist. I think we’ll be happy no matter who wins.” 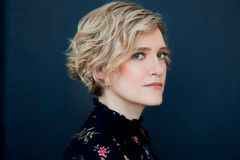 Book Review
Maude Barlow’s Whose Water Is It Anyway? Taking Water Protection Into Public Hands teaches us there is hope amid the global environmental crisis Subscriber content
November 13, 2019 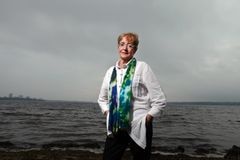 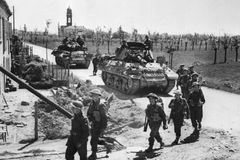