It used to be that every few years, readers could expect a collection such as Luminous Ink: Writers on Writing in Canada (Cormorant Books, 256 pages, $29.95), though I wonder if that will continue. The issue isn’t quality. Among my favourite essays here are David Chariandy’s reminiscences of the late Austin Clarke; Heather O’Neill’s Portrait of the Artist as a Young Corpse; Eden Robinson’s essay on “interpreting a Haisla world through English words”; and Michael Ondaatje writing on influence. Instead, the issue is the rift that opened in Canadian writing in the wake of the “UBC Accountable” letter nearly two years ago. For example, of those writers I just mentioned, Michael Ondaatje remains a silent signatory of the letter. In their introduction, editors Tessa McWatt, Rabindranath Maharaj and Dionne Brand allude to the issues that have so consumed the writing community in Canada since the Galloway case at UBC, but – has no one else noticed that pachyderm in the corner?

Lynn Crosbie is a Canadian writer whose work doesn’t fit the CanLit mould. I was trying to work out why that is, because one of Crosbie’s primary themes is the monstrous, and CanLit loves monsters! The quality I arrived on was decadence. The latest of Crosbie’s decadent monsters is a washed-up film star named Parnell Wilde who once starred in a Clockwork Orange–like film. Crosbie’s new novel, Chicken (House of Anansi, 347 pages, $22.95), opens after Parnell’s descent from the A-list down to appearing in a chicken suit for a commercial, when an online auteur makes him her project, bringing out the best, and worst, in him.

Where Crosbie’s Parnell is all indulgence, Jen Currin’s characters are often abstainers of one form or another. Or they try. They want to give up booze, they want to give up their former lover, they want to give up being angry. Desire is a difficult thing to excise, though, which is likely why a Zen Buddhist retreat is a recurring setting in the stories of Hider/Seeker (Anvil Press, 224 pages, $20). The Zen direction to focus on one’s breath only highlights these characters’ perpetual cycle of hiding/seeking, but then there is often a shift in perspective. The hider turns out to be the seeker and vice versa.

As much as I appreciate the occasional tome, I’ve recently noticed myself gravitating towards the opposite reading experience: Books that are short bursts of energy, that waste no words and punch above their weight.

I was immediately jealous when I first encountered Tilted Axis Press, since the British publisher’s books, with their alluring illustrated covers, were unavailable in Canada. Founded by Deborah Smith (more widely known as the translator of Korean author Han Kang), Tilted Axis aims to introduce English readers to the full vibrancy of international literature. One of Tilted Axis’s first books now available here, Sangeeta Bandyopadhyay’s Panty (130 pages, $14.99), is a great example of both the press’s intent and how a small book can pack a whopper. Translated from Bengali by Arunava Sinha, Panty’s surreal story is of a woman recently arrived in Calcutta, India, who discovers a pair of leopard-print panties in her apartment and, trying them on, has visions of their former wearer. Moody, disquieting and brimming with sexuality, Bandyopadhyay’s novella is unlike anything else I’ve read from India.

On the non-fiction side, Naomi Klein’s Battle for Paradise: Puerto Rico Takes on the Disaster Capitalists (Haymarket Books, 88 pages, $14.95) could have been an added chapter to her 2007 book The Shock Doctrine, where she introduced the concept of disaster capitalism. But such an addendum would not have carried the same urgency as the human crisis in Puerto Rico deserves. Instead, this standalone book of Klein’s reportage from her recent visit to the island, where the U.S. territory seemed at a crossroads – self-sufficiency versus playground to blockchain billionaires – can easily be read in an afternoon.

From the Caribbean to the Pacific. Rahna Reiko Rizzuto’s latest, Shadow Child (Grand Central, 352 pages, $34), spans the U.S. internment of Japanese-Americans to Hawaii in the years after it became a U.S. state. At the centre of this novel about trauma and identity is a family secret that, until it is released, has devastating effects on the next generation.

Three novels on time travel that’ll help you make sense of your own mortality
October 8, 2018 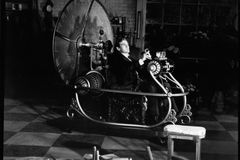 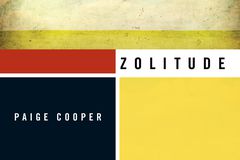 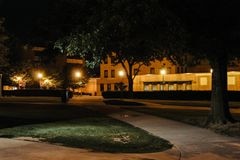