Brian Stelter knows critics accuse Fox News of bending the truth in order to maintain its staunch support of and closeness to President Donald Trump. As CNN media reporter and host of “Reliable Sources,” he’s often one of them.

He wasn’t prepared to hear the extent of concerns about the network’s direction by people who work there.

It was one of the reasons he wrote “Hoax: Donald Trump, Fox News, and the Dangerous Distortion of Truth,” which will be released Tuesday. The book shot from No. 340 to No. 1 on Amazon’s bestseller’s list following Stelter’s appearance with Rachel Maddow on MSNBC Friday.

Several people at Fox privately expressed worry to him about the growing power of prime-time opinion hosts Tucker Carlson, Sean Hannity and Laura Ingraham at the expense of Fox’s news operation, he said.

“There is a real resistance inside Fox News,” Stelter told The Associated Press. “Nobody there would use that term. But there are many people there who are uncomfortable with Sean Hannity’s lies and Tucker Carlson’s xenophobia. It’s just that they are powerless, or feel powerless, and the prime-time stars have all the power. There are Trump true believers at Fox, but there are many others who are concerned about the damage being done, and don’t feel that they can speak out publicly.”

After being presented with details of the book and phone conversations Thursday and Saturday, a Fox News representative said the network was declining comment.

While Stelter relies on insider accounts for some juicy details – including that Hannity has privately expressed doubts about Trump despite being his biggest on-air fan – much of the disturbing content in “Hoax” didn’t require any special access. He reported what has been said on the air and how it echoed or was echoed by Trump’s Twitter feed.

Stelter is particularly scathing about the response to the coronavirus epidemic: how it was minimized by both Fox and the president, how the drug hydroxychloroquine was pushed even as studies showed it wasn’t effective against the virus, and the early cheerleading for reopening society.

“It’s readily apparent that Fox failed its viewers at key moments during the pandemic,” he wrote.

Fox News is a money machine, and although outlets like One America News Network, NewsMax and Sinclair Broadcasting have tried, none have made a serious dent in Fox’s dominance with conservative viewers and Trump fans. New Fox CEO Suzanne Scott has been praised for her financial stewardship.

Yet, Stelter’s account gives a sense that, from an editorial standpoint, there’s no one really in control – that Hannity, Carlson, Ingraham and the “Fox & Friends” morning team can essentially do what they want. The three prime-time hosts have personally advised Trump on policy, something that would be unthinkable at other news organizations.

Stelter was surprised at internal longing for Roger Ailes, the former chief executive who was fired for sexual misconduct in 2016 and died less than a year later. No one questioned that Ailes was in charge.

“When Ailes was forced out and when he died, the channel was still being produced for an audience of one – but now it’s Donald Trump,” he said.

Stelter said concern about the network’s direction was a factor in the decisions of at least a dozen people who have left Fox News in the past four years, even if some haven’t said so publicly.

Shepard Smith broke a contract to leave early weeks after a public tiff with Carlson. Megyn Kelly was stung by Bill O’Reilly’s questioning of the “loyalty” of people like her who had made public accusations against Ailes; the loud booing she received from the audience at a Trump rally in 2016 made the consequences of questioning him clear.

Catherine Herridge, a respected Washington reporter who left for CBS, told colleagues that Fox management was “afraid of the news,” Stelter wrote. Political reporter Carl Cameron has been public about his discontent. The book discusses the exits of several others, including Jenna Lee, Abby Huntsman, Conor Powell, Clayton Morris and Ellison Barber.

Sean Graf, a researcher who started at Fox in 2016 and left earlier this year, told Stelter that “Fox’s editorial voice, and disregard for the facts, is rejected by many of those within the organization.”

As a frequent critic of Fox and employee of rival CNN, Stelter is unpopular with many conservatives, said Tim Graham, director of media analysis at the conservative watchdog Media Research Center. They are likely to regard his book with suspicion, he said.

Graham also noted the reliance on accounts from people who are not named, saying, “I do not trust anonymous sources when the author is hostile to the subject.”

But Stelter said that there is such a fear within Fox about speaking to the press – a culture that dates to Ailes and is reinforced by nondisclosure agreements – that even some people who hadn’t worked there for many years didn’t want to be identified.

“I’m just as skeptical about anonymous sources as anybody else,” he said, “but there was no other way to tell a story inside Fox News.”

While he works for CNN now, Stelter said he’s been covering Fox since starting a cable news blog as a college student through his years at The New York Times. He considers the book an extension of that reporting.

He brushes off potential attacks.

“Tucker Carlson has called me a eunuch and Sean Hannity has called me Humpty-Dumpty,” he said. “So I don’t know what else they could possibly say about me.” 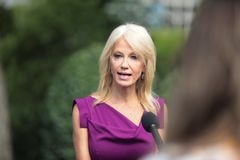 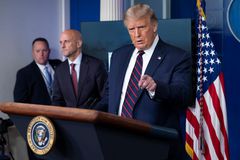 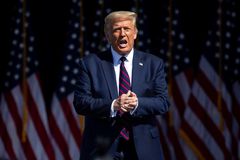