Author Shazia Hafiz Ramji worried something was wrong when her publisher asked if she could give her a call. It was, in fact, good news: Ramji’s debut poetry collection, Port of Being, had been shortlisted for a BC Book Prize.

“I was very surprised. I thought it was a mistake,” Ramji recalls. “I hadn’t even thought about it. I didn’t think it would happen for me.”

But then she received a generic e-mail about tickets for the gala prize ceremony, which she was invited to purchase – at $130 apiece. For Ramji, who is still an MFA student at UBC’s creative-writing program, this was beyond her budget. Ramji, who does some freelance writing, editing and teaching, took her predicament to Twitter.

“This is a little embarrassing, but could someone please hire me this month for a small job … so I can buy a ticket to @bcbookprizes gala and celebrate my shortlisted book?” she tweeted.

Charging authors admission for a prize ceremony where they’re nominated is not common practice – even for provincial prizes that might not be as flush as some of the big national awards. The Quebec Writers’ Federation and Alberta Literary Awards, for instance, supply complimentary tickets to nominated authors for their galas; in Ontario, the Trillium Book Award ceremony is by invitation only, and nominated authors are invited at no cost.

Among the responses Ramji received to her Twitter post was an apology from the BC Book Prizes’ new executive director, Sean Cranbury, and a promise to make the prizes accessible.

“We will not accept this as acceptable going forward into 2020 and beyond,” Cranbury tweeted from the organization’s account. “Change is coming.”

Cranbury was announced as the new executive director in January, replacing the retiring Bryan Pike and his company Rebus Creative, the organization that ran the prizes for years. (Rebus was also replaced recently as organizer of the Word Vancouver festival; Ramji resigned from the Word board last year over concerns about the organization’s finances under Rebus.)

“If we’re moving toward being an organization that is more accessible and more inclusive, then one of the first things we have to do is lower the barrier of entry to the events that we create,” Cranbury said in a subsequent interview, when asked about the ticket situation. “We hear the objections loud and clear and we’re going to change it. We just couldn’t change it for this year. By the time we came on board, the wheels were already in motion.”

The proposed changes Cranbury shared in that interview go far beyond the cost of a ticket.

The official name of the organization is the West Coast Book Prize Society and Cranbury plans to include Yukon more fully, beginning with the name. This spring, he will officially announce a change to the BC and Yukon Book Prizes.

Cranbury envisions more year-round activity, stretching out the promotion platform for nominated authors and their books. He is proposing to the board that as of next year, the shortlist be revealed at an event in the spring, with the winners announced in early October, before the Scotiabank Giller Prize and Governor-General’s Literary Awards, feeding into major writers’ festivals and the lucrative holiday season.

“More money, more prizes, and we just want to do a better job of marketing and promoting the writers,” says Cranbury. “Hopefully that will ultimately result in more recognition for the writers and publishers and more book sales. The bottom line is selling more books.”

As for Ramji, she will be attending the BC Book Prizes gala on May 11 in Vancouver. Her publisher, Invisible Publishing, is paying for her ticket.

She is hoping for more change – transparency, for instance, when it comes to who sits on the prize juries. But she feels good about the direction the organization is taking under Cranbury, whom she has known for a decade.

“I feel very hopeful … because of Sean and the changes he’s capable of making and that he’s already making.”

Bill Gaston’s memoir Just Let Me Look at You: On Fatherhood leads nominations for BC Book Prizes
Subscriber content
March 20, 2019 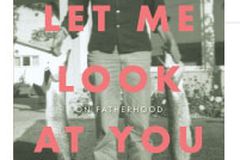 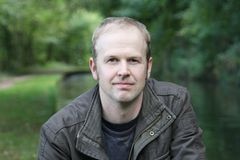 Dionne Brand, Eve Joseph and Sarah Tolmie shortlisted for Griffin Poetry Prize
April 9, 2019
Follow Marsha Lederman on Twitter @marshalederman
Report an error Editorial code of conduct
Due to technical reasons, we have temporarily removed commenting from our articles. We hope to have this fixed soon. Thank you for your patience. If you are looking to give feedback on our new site, please send it along to feedback@globeandmail.com. If you want to write a letter to the editor, please forward to letters@globeandmail.com.
Comments