I’m originally from Cleveland, Ohio, but I’ve spent the past couple years exploring Canada while researching my new book, Parking The Moose.

But long before I managed to con my publisher into giving me a travel budget, much of what I’d already learned about Canada was through its rock music.

I can still remember the first time I consciously listened to Canadian rock music. I was just a kid sitting on the floor of my childhood bedroom in suburban Cleveland one summer night when I tuned into one of the local rock radio stations to hear a live concert by what the DJ referred to as a “hot band called Loverboy.” And while, sure, even my young ears could tell they didn’t have quite the majesty of my favourite band Led Zeppelin, my rock needs at the time were pretty simple.

I was even more thrilled when the DJ mentioned that these Loverboy fellows were from Canada. You see, my grandfather was from Canada – Clinton, Ont., to be exact. And while he pretty much wouldn’t shut up about the place and how much better it was than the United States, he had somehow neglected to ever mention that they also made rock music there. To be fair, I had already heard plenty of Canadian rock music without realizing it, as Neil Young and Bachman-Turner Overdrive, among others, were FM radio staples in Cleveland. But hearing this Loverboy concert on the radio that night was the first time I thought, “Wow – Canada rocks too! Awesome!”

It didn’t take long, however, before my listening habits changed and – with all due respect to Mike Reno and the entire Loverboy organization past and present – I came to demand more when it came to getting my rock fix, Canadian and otherwise.

Somewhere around this time, my dad agreed to get cable TV in the house and we suddenly had MTV, which gave me the opportunity to see not one, but two Canadian progressive rock trios what felt like every five minutes in the form of Rush and Triumph. With both bands, I marvelled that just three dudes could deliver that amount of thunder. And while, sure, we had power trios in the United States, what were the chances that two of the mightiest in the world had arisen from the northern shores of Lake Ontario? By the time I discovered British Columbian punk rock trios D.O.A. and Nomeansno, Ottawan metal trio Exciter and Toronto hard rock trios Danko Jones, I was convinced that Canadian bands with more than three members were just cheating. And the fact that Canada seemed to yield so many power trios per capita served as evidence to me that they were a feisty and resourceful people.

It is at this point that I imagine at least a couple readers might be thinking, “But, Dave, what about Toronto’s Broken Social Scene? There are so many people in that band I bet some of them haven’t even met yet. There goes your whole theory, I guess!” But the important thing to remember here is that Broken Social Scene was formed by just two people, Kevin Drew and Brendan Canning, which arguably make them the feistiest, most resourceful and, ultimately, most Canadian power trio of them all.

Moving on, I, of course, can’t discuss Canadian rock music without my mind drifting to Randy Bachman. It’s hard enough to achieve even a modicum of success with one rock band, so when Randy decided to just up and walk away from The Guess Who to form Bachman-Turner Overdrive and, in effect, let the world know that it had, in fact, not seen anything yet, I have to imagine his friends and family all tried to talk him out of it. “Don’t do it, Randy!” they probably told him at some hastily arranged Canadian rock intervention. “Look what happened to McCartney with Wings!” But they couldn’t have been more wrong. It’s been said that lightning never strikes the same place twice, but it sure as hell did when it came to Bachman.

Bachman musings aside, however, my knowledge and exposure to Canadian music really exploded when I spent two years travelling the country and, in the process, went beyond personal Canadian favourites like Voivod, the Sadies, Cauldron, David Myles and Sloan. For example, I learned that comedian Scott Thompson was also the singer of one of the best-named bands of all-time, Mouth Congress.

During a visit to Halifax a couple years ago, I happened upon a great band from Ottawa called New Swears. There are four guys in the band, but they play with such ferocity you’d swear they were indeed a Canadian power trio. And the fact that at least one of their music videos features a bloody pond hockey fight makes them sound even better to my ears. Rock music and hockey – why is it only Canadian bands that seem to realize how well these two things go together?

Despite the endless Canadian musical thrills and insight into Canada provided to me by all of the above, none of it quite compares to what I discovered while aimlessly wandering through an antiques mall one wintery day in Calgary last year. There, nestled among all the usual old coffee mugs and ash trays, was a vinyl album from 1979 titled Lafleur! that featured, of course, none other than Montreal Canadiens hockey legend Guy Lafleur. The jacket copy was all in French, so I had no idea what was on that record. Still, at the time, it was fun to think that during his tenure as one of the greatest forwards the National Hockey League has ever seen, Guy found time for a side gig as a recording artist.

“Now there is a man without limits,” I thought as I stared at the album cover for a moment before setting it back down again and continuing on my way.

On the face of it, I suppose the Lafleur! album could be interpreted simply as an attempt to cash in on the popularity of disco, a desire to improve one’s hockey skills and Guy in one totally weird fell swoop. However, once you’ve listened to this album, as I have roughly 47 times now, you will no doubt agree that it is nothing short of a Dadaist masterpiece that future civilizations will almost certainly cite as not only one of the crowning artistic achievements of the 20th century, but also a bit of hard evidence that every once in a while, humanity gets it right.

Guy’s glorious album serves as just one more example of incredible Canadian rock music resilience (assuming I may be so bold as to include French-Canadian disco that will also help you improve your face-off technique in that broad definition). After all, Guy is just one guy, two short of a power trio any way you look at it. Still, somehow, while also helping the Canadiens win five Stanley Cups and earning himself the Art Ross Trophy three times as the NHL’s leading scorer while he was at it, Guy somehow managed to crank out an entire album unlike anything I ever heard before or am likely to ever hear in the future. Let’s see Steven Tyler try that.

I guess what I’m trying to say is that from the Guy album that I apparently won’t shut up about to the glorious indie pop of the New Pornographers, from the unstoppable French-Canadian art metal of the mighty Voivod to the Django Reinhardt-influenced acoustic guitar assault of Newfoundland’s Duane Andrews, from the infectious Nova Scotian hip-hop of Classified to – yes- the distinctly Canadian anthems of the Tragically Hip, a group I have waited until now to mention if only to drive at least some portion of all who read this completely insane, Canada has come to rock you, me, and everyone else on the planet. Would it have killed at least a few of the artists I just mentioned to wear hockey jerseys while doing it? No. But whatever – other than that you have no complaints from me. 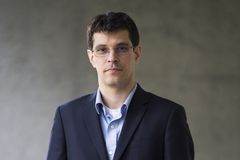 With the death of Sonny Mehta, the book world has lost its giant Subscriber content
January 1, 2020 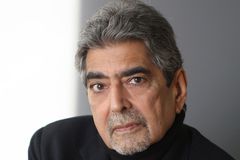 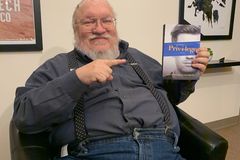