Last year, the renowned Israeli author and peace activist David Grossman was awarded the Man Booker International Prize for his novel, A Horse Walks Into A Bar – a compact, savagely funny and moving book about the last performance of an Israeli stand-up comedian. The story that inspired the book – about a teenage boy at an army preparatory camp who’s told that one of his parents has died, but not which one – had haunted him for more than two decades. “I thought the people who did this must have been so cruel, but it was a very specific kind of cruelty,” Grossman said in a phone interview with The Globe. “The most cunning kind of cruelty is indifference.”

In the intervening years, each time Grossman finished a book, he tried and failed to write this story until he realized that it needed to be told by a stand-up comedian, who, under the guise of jokes, smuggles in the more tragic elements of his life.

Once you realized this was going to be about a stand-up comedian, where did all the jokes come from?

I think you know as a writer that when you are writing about a topic, the world becomes like a hermetic system of this topic. And I when I started writing about a comedian, suddenly I noticed how often people told me jokes. There is something fascinating about the idea of the joke. Because if we met on the corner of Jaffa Street and King George Street in Jerusalem, I will not stop you and start singing you an aria, but I will tell you, ‘Listen, David, a Jew, a Christian and a Muslim were on a plane and suddenly the pilot comes on and says the engine is broken and we have only one parachute.’ Now it’s totally far-fetched, absurd and surreal information that you have no connection to, and yet immediately you know that I’m going to tell you something that is imaginary, about people you don’t know, but that in the end you will have the pleasure of laughing. It’s really one of the most unique creations of mankind, the joke.

The thing with jokes is that there has to be a commonality, enough frames of reference for people to understand that something is funny. And in reading the book, I had the impression that it was a very Israeli book. As compared to a very Jewish book. I’m drawing the distinction between Israel and the Jewish diaspora. There are many references that Israeli Jews will get that North American Jews will not. In this way, I thought the book was very much of its time – when there’s a role reversal between Israeli Jews and the diaspora, where that role of the senior partner and the junior partner has changed. Were you conscious of this when you wrote it?

When I wrote it, I had no intention to deal with the relationship between Israelis and world Jewry. I wrote a story about an Israeli comedian. But I feel also that it’s a very Israeli book because it gives people outside of Israel a way to look at Israel today, if they care. They can see the process Israel is undergoing: the process of vulgarity, of becoming more vulgar and rude and violent. Of course there is a difference between Israeli humour and the Jewish, Yiddish humour, which is more delicate and sophisticated – a self-ironic kind of humour, while the Israeli humour is much more straightforward. Superficial in a way. It’s like a punch in the stomach.

In thinking about Yiddish humour compared to Israeli humour, Jews are traditionally known to be funny, though I don’t know if Jews were funny in the Bible.

No, the Bible is not funny. I cannot even think of one joke in the Bible.

I wonder if it isn’t a question of exile. I’m not the first to say that humour is a coping mechanism. Jews became funny because of their marginality. Is it possible to be funny when you’re no longer marginal? You have a great line in the book that the lefties’ biggest problem is that they don’t know how to laugh, even when they’re alone – which they usually are. Which is very funny. But then what about the people on the right? Hitler wasn’t funny.

Stalin and the Bolsheviks weren’t funny.

And Putin is not funny.

The left was where you were supposed to be funny and transgressive, where there were no taboos, but it seems like the left you’re talking about isn’t funny either. The right isn’t funny, the left isn’t funny –

So, who is funny?

Yeah, who is funny?

Regarding laughter here in Israel, maybe because we are fed up with ourselves, because our situation has become such a routine and all the arguments have been consumed and exhausted, on both sides, that we are in a dangerous situation where despair is no longer an incentive to act but it’s the last stop before apathy. And even when there are jokes about the situation, and there is a brilliant satire show called Eretz Nehederet (A Wonderful Country), and another called Gav Ha’Uma (The Back of the Nation) – it’s from a quotation, a reference to stabbing a knife into the back of the nation – both of them are quite, not all, but quite leftist. And so many times my wife and I are watching it, because we need to watch it, we want to find some relief, but after 10 minutes we look at each other and say, ‘Yes, but reality is funnier. Or not even funnier, but more extreme than what they dare to say.’ And maybe when the reality is so absurd it’s really hard to be funny about it.

If you don’t mind, I’ll read what I wrote when I got to the end of your book. It pertains to your protagonist, Dovaleh G. This is what I wrote: “I’m not sure if to mourn a person, or a country, or a generation or a state of being in the world. Dovaleh is a specific man and at the same time a representative of something more, something that is being extinguished or is flickering out and what is replacing it is not as good. There’s a sense of nostalgia or worse …” Am I reading more into the book than you intended?

How did the character personified by Dovaleh G, the novel’s protagonist, make you feel about the future of Israelis and Jews around the world? Because the connection to Yiddish, as a shorthand for this more delicate way of being, is coming to an end. Is it something you think about?

Very much I think about it. I travel a lot. I meet a lot of Jews all over the world. And I feel the worry. I feel different processes. On the one hand the more vigorous and belligerent tendency and the feeling that we are the eternal victims so we should be stronger and stronger. And on the other hand the worry for the character, for the nature of Israel and for the processes we are undergoing.We are a culture of nuances, because we have a verbal tradition and a verbal heritage, because we have a language that counts back 3,500 years, and it developed the ability for nuances, for delicacies. And I feel that now, because of the air of violence in which Israel is immersed, we have become more and more thick, less and less distinctive, less and less sensitive. But if you occupy another people for more than 50 years, deeply, in yourself, you start to believe that they are different kinds of human beings, existentially. And if the Palestinians are losing for so many years and if they are unable to change the situation in any way, and if they comply with our occupation, well, maybe it says something existentially about them as human beings? This is the most dangerous point from which deterioration is almost inevitable. And our future and the way we shall be and the character of us as a society and as a nation will be defined mostly by what will happen in the coming years regarding our relationship with our neighbours. There are such heavy consequences of living in violence, of having no hope for peace, of preparing every moment for the next war. And if this is the way you live your life, if every moment can be the moment before the eruption of a new war, inevitably you start to believe that war is the right order of things. This is what reality is made of – war, animosity, suspicion, hatred. You cannot live like this for so many years without being changed and even distorted in your character, in the range of your hopes and what you allow yourself to wish for and hope for.

David Bezmozgis, a writer and filmmaker, is the director of the Humber School for Writers.

David Grossman will be in conversation with Michael Enright on April 12, 6:30 p.m., at Glenn Gould Studio in Toronto as part of the Dorothy Shoichet Lecture Series presented by the Koffler Centre of the Arts. For tickets and more information, go to kofflerarts.org. 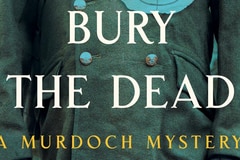 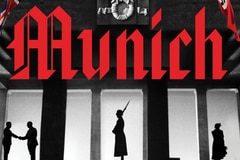 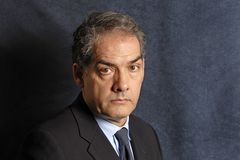