Brad Wheeler
Published May 14, 2021 Updated May 18, 2021
Comments
Text Size
Please log in to listen to this story. Also available in French and Mandarin. Log In Create Free Account

The current COVID-19 calamity and the institutional response to it is the dominant narrative in our lives at the moment. So much so that many books written before 2020 might seem a bit incomplete.

For instance, the shortlisted books for this year’s Donner Prize (an annual $50,000 award that recognizes excellence in public policy writing by Canadians) were conceived well before masks and mouthfuls such as “AstraZeneca” were on the tips of everyone’s tongues.

With that in mind, four of the nominated five authors (all except Maurice Cusson, whose Sécurité, liberté et criminalité examines the balance between physical security of the person and the rights of the individual) have provided The Globe and Mail with a pandemic-era postscript to their shortlisted books.

The winner of this year’s prize will be revealed during a virtual event on May 19.

One of the major objectives of my book was to draw attention to the enormous role played by the quality of public administration in the success of liberal democratic societies. The COVID-19 pandemic has brought attention to this issue, leading to enormous interest in what’s being called “state capacity.”

Basically, every country on Earth got handed the same problem, and more or less the same set of challenges. What we have seen is enormous variation in the capacity of different societies to manage that problem and respond to the challenges. A lot of that variation rests in how effective government institutions are, and how successful they have been at securing the co-operation of the populace. The whole thing is a gold mine for comparative political science research.

If I were to write a postscript to my book, I would re-emphasize one of the major points, which is that most people have certain expectations about what problems the state is expected to solve, and a great deal of their attitude toward the public sector is determined by how well they see the government doing that job. Democracy is important, but it is not the only thing that matters to perceptions of public legitimacy.

My son is an undergraduate student at the University of British Columbia. Like many of his peers, he has seen his classes move online – and so have their exams.

Students in his program were recently required to consent to a remote exam invigilation software platform manufactured by a company called Proctorio. As with most tech companies, work-from-home measures and social isolation have been a boon to Proctorio: More than 2.5 million exams were proctored by the company in April, 2020, alone. Other companies in this space are enjoying similar surges in demand.

Once installed on a student’s device, applications such as Proctorio can monitor students’ keystrokes, capture and record anything on their screens, track their web browsing and even turn on cameras and microphones to record students’ faces, their surroundings and ambient sounds for evidence of cheating. Proctorio’s proprietary algorithms flag what it detects as “suspicious behaviour” to faculty or teaching assistants for follow-up.

My son said using Proctorio made him feel “creeped out” and uncomfortable. Who can blame him?

Some argue that this COVID-19-era innovation cycle will pass once there is a vaccine. But the more we embrace and habituate to these new applications, the deeper their tentacles reach into our everyday lives and the harder it will be to walk it all back.

Unlike many other industrial sectors, the tech platforms have emerged from the pandemic stronger, and are already positioning themselves as indispensable to public health. It’s time to hold them, and all of us, to account for it.

In the year before the pandemic, when I was putting the finishing touches on The Age of Fentanyl, there were signs that overdose deaths were falling across North America. I hoped that things were finally turning around. It’s hard to know exactly how and why the pandemic led to a dramatic reversal of those positive trends, but it’s now clear that opioid deaths, particularly from fentanyl, are up across the continent by as much as 74 per cent.

In March of 2020 I wrote in an editorial: “It’s too soon to tell if government, the media, researchers and the public have the stamina to keep fighting fentanyl day after day for years to come, but I have a feeling that after COVID-19 has burned through every country on earth like a forest fire we will wake up and realize that fentanyl is still with us.”

The last year has borne out my fear, but has also shown me what is possible when a public-health threat is confronted head on. We have witnessed the power of government to write new laws, shape behaviour, spend money and support industry to rapidly develop and implement new technologies. We have learned, once again, the importance of fostering a resilient public-health and primary care system.

The opioid epidemic has festered in society for much longer than COVID-19 and so will be more complicated to fix. But we know that when faced with a crisis, we can draw on deep reserves of resilience, ingenuity and grit. If we use even a fraction of our capabilities to confront the opioid epidemic, then there will be, once again, reason for hope.

I started writing the book years ago and the key message when I started is the same today. Enough climate-concerned citizens (thankfully it does not need to be a majority of the population) must identify climate-sincere politicians, strategically elect them and keep them in power at least two terms so that they can enact regulations and carbon pricing that cause significant energy switching to cleanly and sustainably produced electricity, hydrogen and bioenergy in sectors such as electricity, buildings, transportation and light industry.

If we look at how the Swedes reduced buildings emissions 100 per cent in the 1990s, how Ontarians reduced electricity emissions 90 per cent in the 2000s and how Norwegians are reducing vehicle emissions 75 per cent this decade, the lesson is always the same: ”Don’t be distracted and stay the course.” 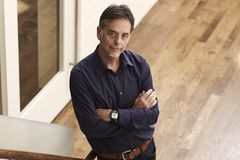 Stack your reading list with this guide to all the books nominated for major Canadian prizes
Subscriber content
December 7, 2020 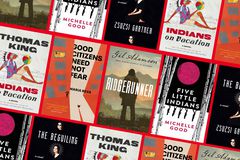 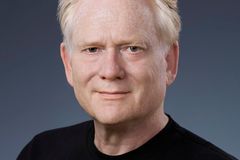