Ducks, Newburyport by U.S. author Lucy Ellmann is no average novel. For one, the 1,020-page book weighs 2.7 pounds – that’s the average weight of the adult mallard that graces its cover. To print and bind the novel requires three times the amount of paper and a spine that’s also three times the size of most novels. In Canada, it costs $15 to mail a single copy of the book to a reviewer. And all of this doesn’t include the increased time to copy edit such a huge work.

It’s also a big ask of a reader, since the novel is written in a single breathtaking sentence. It is, in short, a daunting prospect for a publisher. But, a 15-year-old house in Windsor, Ont., was undeterred. When Biblioasis publisher Dan Wells read the manuscript in the spring of 2018, he knew he had to take the risk. “I got an e-mail from Eloise Millar at Britain’s Galley Beggar Press about a manuscript she said had taken the top of her head off,“ Wells said. He and his team read the manuscript, and “immediately fell in love.”

An Ohio housewife’s stream-of-consciousness monologue about life, motherhood and Trump’s America, Ellmann’s eighth book is receiving rave reviews in the British, Irish and North American press. It is currently shortlisted for the U.K.’s prestigious Booker Prize. But it might not have been published at all.

Ellmann’s long-time publisher, Bloomsbury, passed on the manuscript. Her agent ultimately sold U.K. rights to London’s tiny Galley Beggar Press, which also published Eimear McBride’s stream-of-consciousness novel, A Girl is Half-formed Thing – which won the U.K.'s Women’s Prize for Fiction – after a long list of publishers turned it down. Galley Beggar shared the manuscript with Wells, but as an independent Canadian press unknown to Ellmann’s agent, Biblioasis courted the novel for six months before finally striking the deal to acquire it.

Signing a project such as this is a major undertaking for a publisher. With an initial print run in the 1,000 to 2,000 range common for independent presses, Wells says his unit cost would have been as high as $8 or $9 (the cover price for Ducks is $28.95). “I have seen the list of publishers who rejected this book in the U.S., and it involves every single multinational and most of the best independents,” Wells says. “And I have it on pretty good authority that most of the better independents were as excited about it as we were, they just couldn’t get it past their [finance and marketing] teams.”

For Wells, the costs didn’t matter. “This seems foolish to say, but I didn’t actually examine what the costs of this book would be to us because if we took our commitment to literature and being the best publishers we can be seriously, there was no way we could say no,” he says.

Biblioasis began life as a bookstore in 1998 and its publishing program started later as a part-time after-hours operation. The publisher now has nine full-time and several part-time staff, and a publishing program of 25 to 30 books each year. The house publishes both Canadian and international titles, and Wells says that for non-Canadian books – such as Ellmann’s – the majority of sales have always been south of the border.

To build early word of mouth for Ducks, Biblioasis turned to its trusted relationships within the industry, particularly in the U.S. In January, 2019, he and his team “pitched [Ducks] very, very hard” to the American Booksellers Association.

It paid off. Review quotes from U.S. booksellers fill the first two pages of the finished book, and those same booksellers made it an “Indie Next List” pick, which, Wells says, was a crucial piece of the puzzle that allowed him to make the leap to the 3,000 to 4,000 initial print run, and would enable him to break even.

In the end, thanks to the book’s inclusion on the Booker Prize longlist in July, he was able to increase that first print run to 7,500 – a number he says seemed “impossibly huge” and gave him sleepless nights. Then, after the Sept. 3 shortlist announcement, he ordered another 10,000, which will hit stores in Canada and the U.S. next week. The book is now a Canadian bestseller.

Booker Prize awareness among Canadian readers is comparable with awareness of the Scotiabank Giller Prize, according to a survey by BookNet Canada. Sales for 2017 Booker winner Lincoln in the Bardo by George Saunders increased 846 per cent after his win, according to BookNet Canada’s national sales-tracking service, SalesData. At Type Books in Toronto, manager Kyle Buckley says the book is selling “very well,” thanks to staff hand-selling and general media attention. “Even before the [Booker] shortlist, it was a book that got talked about,” he says. At Munro’s Books in Victoria, customers have been buying because of the Booker Prize nomination, bookseller Marianne Kelly says.

In the weeks before Ducks was released, when the Booker shortlist had yet to be announced and Wells’s gamble on an initial print run of 7,500 was still a gamble, the Biblioasis team stumbled across a 19th-century phrase on Twitter. It means to go forward with an action, despite the likelihood of impending disaster. “I think it gives the spirit of the risk taking that is historically a part of independent publishing,” Wells says. “So, I think we’ve decided to use that for our 15th anniversary as a sort of slogan.” The phrase? “To chance the ducks.” 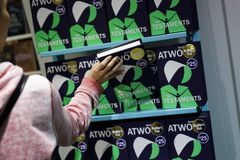 Book Review
Steven Price’s Lampedusa is an evocative biographical novel on the writer of the bestselling Italian book The Leopard
Subscriber content
September 10, 2019 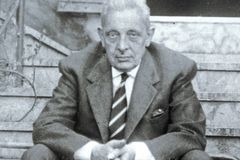