“The Canadian publishing industry, like everything, is one that reproduces itself,” says Leanne Betasamosake Simpson on the phone. “So if you have a lot of ‘successful’ writers who are white men, unless there’s an active intervention, they will produce a next generation of white male writers.” Simpson, a celebrated Michi Saagiig Nishnaabeg author, scholar and musician, is speaking about her involvement with Rising Stars, a newly announced mentorship program from the Writers’ Trust of Canada that is part of that intervention.

Rising Stars tasked five established Canadian authors (David Chariandy, Charlotte Gray, Taras Grescoe and David Adams Richards as well as Simpson) with finding a writer they would not only mentor but who would also receive $5,000 in cash. The program is the newest in a growing field of mentorships run by high-profile Canadian literary organizations who are trying to ensure that the country’s diverse talent is able to open doors that were once closed to them.

Simpson’s own career received a major boost in 2014 when she was selected by Thomas King as the inaugural recipient of the $10,000 RBC Taylor Prize Emerging Writer Award, a mentorship with King that Simpson credits as being “invaluable” for providing “a level of recognition in the Canadian writing scene and publishing industry that I did not have before.” The Taylor Prize added the mentorship program in 2017 in response to what prize founder and chair Noreen Taylor describes as the finalists’ annual bonding over “their early years and how difficult it was for them to find an agent.”

Toronto-based Diaspora Dialogues has been running a successful mentorship program since 2005 and now offers four: one Toronto-based, one in Winnipeg and two national. Diaspora Dialogues program manager Zalika Reid-Benta credits the program’s careful pairing of mentees and mentors with its success: “I just think that when writers feel understood and have a close working relationship with their mentors, it produces great work,” she says. Reid-Benta speaks from experience. She is one of three Diaspora Dialogues alumni, along with Becky Blake (who was also a 2019 Taylor Prize mentee) and Derek Mascarenhas, releasing a debut this spring.

And while it’s not a mentorship, in March, the Canada Council for the Arts launched a two-year pilot to reduce barriers to grants for emerging artists: the New/Early-Career Artist profile. In the case of writers, no prior publishing credits are necessary to qualify for this new profile. Aimed exclusively at those who have never previously received Canada Council funding and with an eye on artists who have arrived from overseas or are crossing over from other disciplines, it considers artistic experience both beyond formal institutions and outside Canada.

Carolyn Warren, director-general of arts-granting programs at the Canada Council, describes the uptake from the writing community thus far as “really quite significant.” Out of 184 applications received from artists in all disciplines in the few weeks after the pilot was launched, more than 40 per cent were from writers.

The Writers’ Trust itself already has two long-standing programs aimed at emerging writers – the RBC Bronwen Wallace Award (est. 1994), for which a winner will be announced May 28 – and the Writers’ Trust/McClelland & Stewart Journey Prize (est. 1989) – with the former facilitating introductions to publishing-industry professionals, though without an author-mentorship component.

“There’s a long-standing tradition of mentorships in the writing community,” says Writers’ Trust program director James Davies. But in an industry that “privileges access and connection,” building a career is about overcoming barriers to entry as much as about providing support to finish a manuscript: “things like creative-writing programs and the cost of entry to them – the feeling of networking and online personas being a heavy component of developing a writing career.”

Alongside the one-on-one creative relationship with an established author, the Writers’ Trust, Taylor Prize and Diaspora Dialogues mentorships all make introductions to publishing professionals, facilitate professional development workshops on everything from social-media skills to business management, and foster a continuing community between alumni.

“Getting writers who are established but who come from communities outside of that established canon of writing is really important,” Simpson says. “Our communities are really, really rich with writers.”

Where she is now: Elliot’s first book, A Mind Spread Out on the Ground, based on her 2017 National Magazine Award-winning essay of the same name, was released in March by Doubleday Canada to wide acclaim.

Where she is now: Pick’s internationally acclaimed books include the novels Far to Go, Strangers with the Same Dream, and The Sweet Edge; a memoir, Between Gods; and two collections of poetry, Question and Answer and The Dream World.

Where he is now: Reid had already published two works of non-fiction when he won the Taylor Emerging Writer Award. Since then he has published two novels – I’m Thinking of Ending Things (2016) and Foe (2018) with Simon & Schuster Canada. I’m Thinking of Ending Things was acquired by Netflix and is being directed by Adaptation’s Charlie Kaufman. The movie rights to Foe were bought by Anonymous Content who produced Spotlight and True Detective.

Where he is now: Ruthnum published a non-fiction book, Curry: Reading, Eating and Race, in 2017, and, under the pseudonym Nathan Ripley, wrote two thrillers, Find You in the Dark and Your Life Is Mine (which will publish in June) with Simon & Schuster Canada.

Where she is now: Simpson published several books before receiving the Taylor Prize nod, but she says the prize opened doors to publishers with better distribution, and to a U.S. press for her academic work. In 2017, she released As We Have Always Done (University of Minnesota Press) and This Accident of Being Lost (House of Anansi), which was a finalist for both the Rogers Writers’ Trust Fiction Prize and the Trillium Book Award.

Where she is now: Thanh has credited winning the Journey Prize with landing her an agent and a book deal (for a collection of stories). Her debut novel, Mysterious Fragrance of the Yellow Mountains, won the Rogers Writers’ Trust Fiction Prize in 2016. Her memoir, Mistakes to Run With, published earlier this year, quickly became a Canadian bestseller.

Rebecca Salazar for Your Public Body 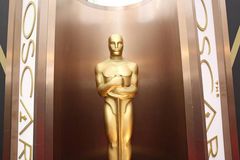 10 emerging writers each receive $50,000 prize, the Whiting Award
March 6, 2015
Foundation announces emerging writers awards
September 17, 2003
Follow us on Twitter @globebooks Opens in a new window
Report an error Editorial code of conduct
Due to technical reasons, we have temporarily removed commenting from our articles. We hope to have this fixed soon. Thank you for your patience. If you are looking to give feedback on our new site, please send it along to feedback@globeandmail.com. If you want to write a letter to the editor, please forward to letters@globeandmail.com.
Comments