Joe FriesenPostsecondary Education Reporter
Published May 3, 2020 Updated May 6, 2020
For Subscribers

Erik Larson was having a drink with one of his daughters when, breaking a personal rule never to discuss a current project, he told her he was working on a book about Winston Churchill.

“She looked like she was deeply troubled,” Larson recalled. “Dad, how can you write about Churchill, who’s been written about so much? How can you possibly say anything new?”

But there was something about the story he couldn’t resist. Churchill, when the story begins in May, 1940, had finally achieved his life’s ambition. He was prime minister, but he faced impossibly grave circumstances. The Nazis were advancing across Europe, France was weeks from surrender and the United States still reluctant to join the fight.

Larson is a fan of novelist Kurt Vonnegut, who liked to describe stories by how they would appear on a graph. Imagine the protagonist’s fortune from bad to good on the vertical axis and time from beginning to end on the horizontal axis. Churchill fit a classic Vonnegut form: man falls in hole. The story is how he gets out.

Larson’s latest book, The Splendid and the Vile: A Saga of Churchill, Family, and Defiance During the Blitz, is an account of the crucial year that Britain withstood the Blitz and staved off invasion, thanks in no small part to Churchill’s extraordinary leadership.

Larson, who is tall and lean and wears a Fitbit on his wrist, is the physical opposite of his hard-drinking, cigar-smoking, egg-shaped subject. Before the lockdown in March, he sat for an interview in the lobby of a downtown Toronto hotel.

Larson is a former newspaper and magazine writer who took up book writing full-time.

He has often chosen as his subject little-known or forgotten episodes of the past and enjoyed tremendous commercial success as a regular on bestseller lists. The Splendid and the Vile, by contrast, aims to bring fresh perspective to a familiar story.

“I had to make a strategic decision early on to not try to read everything ever done about Churchill. I would have been reading for a decade, and at the end of the decade more books would have come out,” Larson said. “That helped me retain the freshness of what I was trying to do.”

Larson limited his reading to a dozen key books and then plunged into the primary sources, visiting archives at Oxford, Cambridge and the Palace of Westminster, as well as the British National Archives. He selected a few important figures in Churchill’s orbit through whom he could tell the story of that year, including John Colville, Churchill’s assistant private secretary, Lord Beaverbrook, the Canadian newspaper baron brought in to spur industry to the war effort, the enigmatic scientific adviser Frederick Lindemann and Mary Churchill, the prime minister’s daughter. Larson got rare access to Mary’s diaries through the family, who appreciated what they described as Larson’s respectful portrayal of Churchill in one of his earlier books, Dead Wake, about the sinking of the Lusitania.

It’s through those diaries, and resources such as the Mass Observation Archive, that Larson charts a course through a fascinating period, intermingling the vileness of war with life’s irrepressible splendour.

“You can write a war book and have it just be about war, but that wasn't the way it was,” Larson said. Despite the relentless bombing and the pervading fear of what was to come, those in Churchill’s circle still drank and danced and fell in and out of love.

“They lived full lives and that’s what I was really trying to capture: How did they cope?”

Larson lives in New York. He typically writes early in the morning, a habit he picked up when his daughters were young, beginning around 5 a.m., sometimes in the middle of a sentence left unfinished the day before. He writes at least a page a day, 364 days a year, taking a break only at Christmas.

But in the course of his research, Larson couldn’t help but compare himself to Churchill, who would routinely work long into the night and thrived on little sleep. Larson said he found himself wanting at every turn.

He thought his appreciation for Churchill might diminish in writing the book. But, if anything, it was the opposite.

“Often, the more you know about people, the less you care for them. That’s been my experience with the main characters in a lot of my books, that I didn’t really like them in the end. But that didn’t happen. I really liked Churchill. I came to like him actually better than I had expected. For the simple reason that I had not realized the extent to which Churchill was a lot of fun,” Larson said. “He could be inconsiderate, rude, capricious, but he could also be very warm and fun.”

Souvankham Thammavongsa on crafting her debut fiction collection How to Pronounce Knife
Subscriber content
May 4, 2020 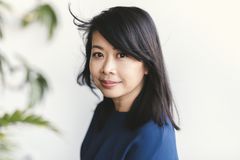 A look behind the writing of Katrina Onstad’s novel Stay Where I Can See You
Subscriber content
May 4, 2020 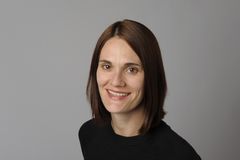