Baraka Books has good reason to celebrate today. Less than a decade after its founding – and just two years after the launch of its dedicated fiction imprint, QC Fiction – the Quebec-based English-language publisher has landed a book on the short list for the Scotiabank Giller Prize. Eric Dupont’s Songs for the Cold of Heart, translated from French by QC Fiction editor Peter McCambridge, becomes one of five titles in contention for the prestigious prize, which awards $100,000 to the winner and $10,000 to each nominee (to be split 70-30 where a book has both an author and a translator).

Published originally as La fiancée américaine, Dupont’s novel has already sold more than 60,000 copies in Quebec. That number is about to enjoy a significant boost, however. According to sales numbers provided by BookNet Canada, sales for Giller-shortlisted books increased an average of 433 per cent in 2017 – the so-called “Giller Effect” in action.

Dupont’s century-spanning magical realist yarn has drawn comparisons to the work of John Irving and Gabriel Garcia Marquez. It sits on a short list that is notable for new-to-the-Giller faces and experimentation with the novel form. Acclaimed autobiographical novelist Sheila Heti makes the list for the first time for Motherhood, in which the protagonist (and author) examines what it means to be an artist and what it might mean to be – or to choose not to be – a mother.

Thea Lim is shortlisted for her debut, An Ocean of Minutes, which combines a dystopian future with nostalgia for the past to tell a love story that – in its examination of citizenship, bureaucracy and migration – feels firmly rooted in our present.

The remaining two nominees are not only making their second appearance on the Giller short list, but are making it for the second time together. Patrick deWitt and Esi Edugyan swept the board of major fall fiction prizes in 2011, with Edugyan ultimately taking that year’s Giller and deWitt winning both the Rogers Writers’ Trust Fiction Prize and the Governor-General’s Literary Award. Edugyan is once again on the short list for this year’s Writers’ Trust fiction prize, which was announced last week. The short lists for the Governor-General’s Literary Awards will be announced Oct. 3.

Inspired by a true story, Edugyan’s Washington Black is the sometimes magical realist coming-of-age story of a gifted boy who grows from field slave to free man of art, science and the world, while deWitt’s French Exit is a laugh-out-loud mother-and-son comedy – or rather tragedy – of manners.

The Giller is arguably one of the most internationally recognized stamps of approval bestowed upon Canadian fiction, but this year’s nominees may not be in need of the help. All are already internationally published, reviewed and successful, though probably none would be averse to receiving the $100,000 winner’s purse and accompanying boost in sales: 1,402 per cent for 2017 winner Michael Redhill.

If Edugyan wins, she would be only the third writer to win the Giller twice – joining M.G. Vassanji and Alice Munro – and the first to win for back-to-back books. Of course, in 2011 Edugyan and de Witt were nominated for the Canadian fiction-prize trifecta and won all three between them. Perhaps they will each diversify their trophy collection this year. Edugyan is also shortlisted for the U.K.’s Man Booker Prize.

Thea Lim would be only the second debut novelist (after Sean Michaels) to win, though other debut authors have won for story collections. The prize, which is celebrating its 25th anniversary, has yet to be won by a book in translation.

The Giller announced a long list of 12 titles last month. Among those longlisted but absent from the short list are two short story collections (Paige Cooper’s debut Zolitude and Lisa Moore’s Something for Everyone), Emma Hooper’s second novel Our Homesick Songs, as well as debut efforts by Indigenous authors Tanya Tagaq (Split Tooth) and Joshua Whitehead (Jonny Appleseed). Quebec’s Kim Thúy and Rawi Hage are also out, though prize season is still very much alive for both. Hage is on the short list for the Rogers Writers’ Trust Fiction Prize and Thúy is one of only three writers in contention for the New Academy Prize in Literature, which will be awarded this year in place of the Nobel Prize in Literature.

The Giller Prize short list was selected by a jury composed of Kamal Al-Solaylee, Maxine Bailey, John Freeman, Philip Hensher, and past nominee Heather O’Neill, who read 104 titles submitted by publishers across the country. Finalists will now embark on a cross-Canada tour, as well as appearances in London and New York. The winner will be announced at the Scotiabank Giller Prize gala on Nov. 19. 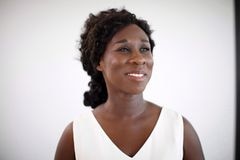