Jonathan Safran Foer is the author of the novels Everything Is Illuminated, Extremely Loud & Incredibly Close, Here I Am, and the nonfiction book Eating Animals. His new book We Are The Weather is a collection of essays about the climate crisis.

Not a Good Story

You probably think you know the name of that first woman who refused to move to the back of the bus, but you probably don’t. (I didn’t until recently.) And that isn’t a coincidence or an accident. To some extent, the triumph of the civil rights movement required forgetting Claudette Colvin.

The chief threat to human life – the overlapping emergencies of ever-stronger superstorms and rising seas, more severe droughts and declining water supplies, increasingly large ocean dead zones, massive noxious-insect outbreaks, and the daily disappearance of forests and species – is, for most people, not a good story. When the planetary crisis matters to us at all, it has the quality of a war being fought over there. We are aware of the existential stakes and the urgency, but even when we know that a war for our survival is raging, we don’t feel immersed in it. That distance between awareness and feeling can make it very difficult for even thoughtful and politically engaged people – people who want to act – to act.

When the bombers are overhead, as they were in wartime London, it goes without saying that you will turn off all your lights. When the bombing is off the coast, it doesn’t go without saying, even if the ultimate danger is just as great. And when the bombing is across an ocean, it can be hard to believe in the bombing at all, even though you know it is happening. If we don’t act until we feel the crisis that we rather curiously call “environmental” – as if the destruction of our planet were merely a context – everyone will be committed to solving a problem that can no longer be solved.

Compounding the over there quality of the planetary crisis is a fatigue of the imagination. It is exhausting to contemplate the complexity and scale of the threats we face. We know climate change has something to do with pollution, something to do with carbon, ocean temperatures, rainforests, ice caps … but most of us would find it difficult to explain how our individual and collective behaviour is boosting hurricane winds by almost thirty miles per hour or contributing to a polar vortex that makes Chicago colder than Antarctica. And we find it hard to remember how much the world has already changed: we don’t balk at proposals like the construction of a ten-mile-long seawall around Manhattan, we accept increased insurance premiums, and extreme weather – forest fires encroaching on metropolises, annual “thousand-year floods,” record deaths from record heat waves – is now just weather.

In addition to it not being an easy story to tell, the planetary crisis hasn’t proved to be a good story. It not only fails to convert us, it fails to interest us. To captivate and to transform are the most fundamental ambitions of activism and art, which is why climate change, as subject matter, fares so poorly in both realms. Revealingly, the fate of our planet occupies an even smaller place in literature than it does in the broader cultural conversation, despite most writers considering themselves especially sensitive to the underrepresented truths of the world. Perhaps that’s because writers are also especially sensitive to what kinds of stories “work.” The narratives that persist in our culture – folktales, religious texts, myths, certain passages of history – have unified plots, sensational action between clear villains and heroes, and moral conclusions. Hence the instinct to present climate change – when it is presented at all – as a dramatic, apocalyptic event in the future (rather than a variable, incremental process occurring over time), and to paint the fossil fuel industry as the embodiment of destruction (rather than one of several forces that require our attention). The planetary crisis – abstract and eclectic as it is, slow as it is, and lacking in iconic figures and moments – seems impossible to describe in a way that is both truthful and enthralling.

Claudette Colvin was the first woman to be arrested for refusing to change bus seats in Montgomery. Rosa Parks, whose name most of us know, didn’t come along for another nine months. And when it was Parks’s moment to resist bus segregation, she was not, as the story goes, simply an exhausted seamstress returning home at the end of a long day. She was a civil rights activist (the secretary of her local NAACP chapter) who had attended social justice workshops, lunched with influential lawyers, and participated in strategizing the movement’s tactics. Parks was forty-two, married, and from a respected family. Colvin was fifteen, pregnant with the child of an older, married man, and from a poor family. Civil rights leaders – including Parks herself – regarded Colvin’s biography as too imperfect, and her character too volatile, for her to be the hero of the emerging movement. It wouldn’t make a sufficiently good story.

Would Christianity have spread if instead of being crucified on a cross, Jesus had been drowned in a bath? Would Anne Frank’s diary be so widely read if she had been a middle-aged man hidden behind a cupboard, rather than a hauntingly beautiful girl behind a bookcase? To what extent was the course of history influenced by Lincoln’s stovepipe hat, Gandhi’s loincloth, Hitler’s mustache, Van Gogh’s ear, Martin Luther King’s cadence, the fact that the Twin Towers were the two most easily drawn buildings on the planet?

The story of Rosa Parks is both a true episode from history and a fable created to make history. Like the iconic photographs of the soldiers raising the flag at Iwo Jima, the couple kissing in Robert Doisneau’s Le baiser de l’hôtel de ville, and the milkman moving through the rubble of bombed-out London, the photo of Rosa Parks on the bus was staged. It is a sympathetic journalist, not an aggravated segregationist, seated behind her. And as she later acknowledged, what happened wasn’t quite as simple – as memorable – as a tired woman being told to move from the front of the bus to the back. But she embodied the most inspiring version of events because she understood the power of narrative. Parks was brave for being the hero of her story, but heroic for being one of its authors.

History not only makes a good story in retrospect; good stories become history. With regard to the fate of our planet – which is also the fate of our species – that is a profound problem. As the marine biologist and filmmaker Randy Olson put it, “Climate is quite possibly the most boring subject the science world has ever had to present to the public.” Most attempts to narrativize the crisis are either science fiction or dismissed as science fiction. There are very few versions of the climate change story that kindergartners could re-create, and there is no version that would move their parents to tears. It seems fundamentally impossible to pull the catastrophe from over there in our contemplations to right here in our hearts. As Amitav Ghosh wrote in The Great Derangement, “The climate crisis is also a crisis of culture, and thus of the imagination.” I would call it a crisis of belief.

This is what rape culture looks like: An excerpt from Robyn Doolittle’s new book, Had it Coming
September 21, 2019 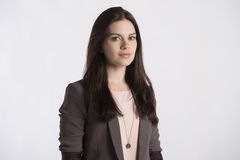 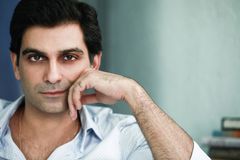 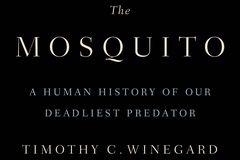