In Via Books, discover a new city through the literature that tells its story.

Like Ireland at the beginning of the last century and Quebec during the 1860s and between the referendums, Taiwan is having a literary moment.

My first clue came when I stopped by Taipei’s Eslite Bookstore at about midnight on a recent Tuesday and found the five-storey, 24-hour shop just off Ren’ai Road packed. And this was not an Indigo-style hybrid shop; no yoga mattresses here. Just novels, poetry, Taiwanese manga or manhua by artists such as Chen Jian and Chang Sheng, and the mostly twentysomethings who were absorbed in what I came to see over a couple more visits and some reading as that rarest of things: justified national pride.

The shelves are lined with some of the most exciting writing being (slowly) translated into English right now. Notes of a Crocodile, for instance, by Qiu Miaojin was published in English last year (translated by Minneapolis native Bonnie Huie). Filled with a dark energy and endearingly petulant, with more than a hint of John Hughes about them, these stories of a queer teenaged woman in 1980s and 1990s Taipei have become classics in the Asian country that’s the closest to legalizing same-sex marriage. Shih Chiung-Yu’s strongly feminist Wedding in Autumn and Other Stories is another enlightening read, published in English in May, engagingly translated by Darryl Sterk.

Then there’s Remains of Life, which first hit the Eslite shelves in Chinese in 1999 when it swept the Taiwanese literary awards. It was published in English a few months ago. Written in about a dozen sentences and a single paragraph spread over 323 pages and translated over an arduous decade by Michael Berry, this major work could be a daunting read, but as with Joyce and Beckett, or Eric Plamondon and Robert Lepage, author Wu He’s difficulty is superficial, like eating crickets for the first time, or olives.

The book is about the Indigenous Seediq people, one of whom, Mona Rudao, led a revolt against the Japanese occupation of Taiwan in 1930, killing 130 Japanese soldiers and officials.

One of the most deeply rooted points of intellectual, emotional and physical conflict between Indigenous people the world over and those who later occupied their lands is the idea that Indigenous people are savages and those who have colonized them are civilized. These are words that appear again and again in Remains of Life, sometimes in quotation marks, sometimes not. Comparisons between longhouses and cathedrals, oral and written histories, and divergent approaches to justice are challenging enough to the settler brain. But Wu He goes further. The Seediq, along with most of Taiwan’s Indigenous people, have strong traditions of headhunting, which is right up there with cannibalism as the Western definition of primitive savagery. By making no excuses for the Seediq hunters, Wu He is biting off more than most writers could chew and then chews it in ways I would not have thought possible.

It’s a remarkable work, and though there are inherent problems with the literary representation of Indigenous people by non-Indigenous writers, Wu He has proved himself a valuable ally.

Since his book came out, the Taiwan mint has put Mona Rudao, Seediq headhunter, on the New Taiwan $20 coin and he is now generally considered a Taiwanese hero of the first order, one of the fathers of the modern nation. In the past 20 years, official recognition has increased from a handful of tribes to 16 distinct cultures, accounting for more than half a million people.

Wu He is by no means responsible for all this – Indigenous activists, politicians and the dozens of Indigenous writers included in anthologies such as Indigenous Writers of Taiwan and the massive Anthology of Taiwan Indigenous Literature have done more – but this book got the mainstream onside.

Though mainland China remains a quasher of voices, there is increasing reason to pay attention to alternative sinophone cultures abroad. Taipei is a city of alleyways and unexpected charisma. Go, and visit Eslite’s 24-hour spot. Similar to Hodges Figgis on Dublin’s Nassau Street in the 1920s, or J. & O. Crémazie in Quebec City’s Quartier du Palais during French Canada’s first literary fluorescence, it’s where it’s all going on, and where, some day, you’ll wish you’d been.

Bert Archer will be talking to Wu He and Michael Berry on stage at the Toronto International Festival of Authors on Oct. 23 at 6 p.m. at Harbourfront Centre; festivalofauthors.ca.

There will be no Nobel Prize in Literature this year. Should we even care?
Subscriber content
October 10, 2018 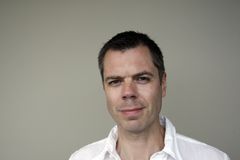 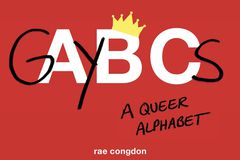 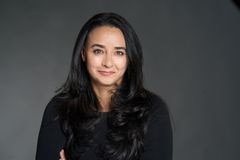