One part of the music industry that didn’t shut down this year was the publishing of books on music and musicians, including everything from a Mariah Carey tell-some (but not all) to an erudite exploration of German composer Richard Wagner’s impact on the modern world. What follows is a list of memorable music books that hit the right note in 2020.

150 Glimpses of The Beatles, Craig Brown (Farrar, Straus and Giroux)

This contextualized chronicle of John, Paul, George and Ringo is colourfully told, with unpredictable tales like the one about an Ontario woman who quick-scissored a lock of hair from one of the mopped-topped musicians.

A more poetic title for this doggedly researched oral history of Leonard Cohen’s early years would be The Birth of a Ladies Man. The first entry in a three-volume series follows the poet-songwriter from his boyhood in Montreal to his first international tour in 1970. Anecdotes abound – when asked why he was so skinny, a young Cohen replied: “You’d be thin too if you lived on seaweed and amphetamines.”

Levon: From Down in the Delta to the Birth of The Band and Beyond, Sandra B. Tooze (Division)

Few rock biographies begin in the cotton fields of Turkey Scratch, Ark., but then, the Southerner Levon Helm lived a life unlike most. B.C. author Sandra Tooze, who interviewed Helm for her 1996 book Muddy Waters: The Mojo Man, tells the story of the late drummer of The Band, who had the best seat in the house for the birth of roots rock.

The chapter titles read like Dr. Johnny Fever’s playlist: Dream On, Surrender and, invariably, Rock and Roll All Nite, the KISS anthem and manifesto for a generation raised on the arena rock of the late 1970s and ’80s. Former Spin magazine editor-in-chief Doug Brod weaves mini-biographies of KISS, Cheap Trick, Aerosmith and the more obscure Starz into a glittering backstage history of the “party everyday” people.

Wagnerism: Art and Politics in the Shadow of Music, Alex Ross (Farrar, Straus and Giroux)

When it comes to hearing music in a comprehensive way, few are better at cocking an ear than Alex Ross. A dozen years after the release of The Rest Is Noise: Listening to the Twentieth Century, The New Yorker’s classical critic returns with a 360-degree account of composer Richard Wagner’s influence on technology, culture, politics and modern music.

Guess the year: Michael Jackson burns his scalp filming a Pepsi commercial and wins eight Grammy Awards. Marvin Gaye is shot to death by his father. Prince releases Purple Rain and solves a previously uncontemplated mystery involving crying doves. MuchMusic begins broadcasting, and the first annual MTV Video Music Awards are held. Bruce Springsteen’s Born in the U.S.A. is designated as the first CD ever made in the United States. Give up? Here’s another clue: Van Halen released 1984, named for a remarkably pivotal year that nearly four decades later is explained in this book from music journalist Michaelangelo Matos.

This one should appeal to the fans of Toronto critic Carl Wilson’s bite-size 2007 book about Celine Dion, Let’s Talk About Love: A Journey To The End Of Taste. Fans of Enya, the polarizing Irish superstar whose New Age-y music, like Dion’s melodramatic pop, provokes strong pro-and-con opinions, should have their curiosity piqued as well. With his first book, the erudite composer-musician and Feist associate Chilly Gonzales explores matters of musical taste.

This Isn’t Happening: Radiohead’s Kid A and the Beginning of the 21st Century, Steven Hyden (Hachette)

Steven Hyden’s book on cult-favourites Radiohead kicks off dramatically: “It begins one night in November of 1997, backstage at NEC Arena in Birmingham, England. In Radiohead lore, it is known as the Night of Thom Yorke’s Fateful Mental Breakdown. But in actual fact, there are two mental breakdowns...” Classic-rock aficionado Hyden explores Radiohead’s turn-of-the-century Kid A, which by album title alone promises the start of something. The explanation as to why the album matters is a deep dive, with the book’s best moments coming when the author surfaces for air.

The new title from the author of 2004′s Right To Rock: The Black Rock Coalition and the Cultural Politics of Race re-envisions rock ‘n’ roll history and sheds light on the cultural impact and musical magic of pioneering female African-American musicians LaVern Baker, Betty Davis, Tina Turner, Merry Clayton, Labelle, the Shirelles and Big Mama Thornton. Those who know about the Hound Dog-singing Thornton will want to read this book – and those who don’t know about her really need to read it.

We know Mariah Carey can hit the high notes, but what about the lows? A highly crafted self-portrait from the pop star touches on her abusive marriage to Tommy Mottola, her 2001 “breakdown,” her ongoing feud with fellow superstar Jennifer Lopez and her disastrous ringing-in of 2017. “I was a lot of things in that fleeting moment in the cold, but I knew one thing I certainly was not,” she writes about her notorious televised New Year’s Eve performance in Times Square. “I was not broken. All debacles are not created equal, dahhhhling.” All divas are not created equally, either.

All I Ever Wanted: A Rock ‘N’ Roll Memoir, Karen Valentine (University of Texas)

Sometimes they were the no-go’s. Bassist Karen Valentine of The Go-Go’s gives an autobiographical account of the all-women rock band that endured ups, downs and full-on crashes. Is she candid? Let’s just say that Valentine, having not written the lyrics to the band’s hit single Our Lips Are Sealed, is not bound to any non-disclosure agreements.

An offbeat memoir from the producer, music educator and former Blue Rodeo keyboardist randomly collects previously published blog entries to charismatic effect. Wiseman uses musical moments and thoughts as a tool – with an emphasis on life lessons, not instructions in chords, keys and melodies.

Some musical instruments resonate more than others. The handmade guitars of African-American luthier Freeman Vines are made from reclaimed wood – including some from a black walnut tree once used for a lynching. “Working with that wood was a spiritual thing,” Vines told National Public Radio. “Not good, not bad and not ugly. But just strange.” His book featuring the guitars and related stories is accompanied by an album of deep country blues.

Self-recorded music has come a long way since Alexander Graham Bell’s Mary Had a Little Lamb mixtape from the 1880s. Just how far? A well-illustrated offering from art-book publisher Prestel, co-authored by musician Spencer Tweedy, looks at the people who capture their own sounds and explains how and why they do it.

How to Write One Song: Loving the Things We Create and How They Love Us Back, Jeff Tweedy (Dutton)

Written by Spencer Tweedy’s father, Wilco frontman Jeff Tweedy, this instructional 158-pager begins with the opening: “Songs are mysterious ... the best thing I can think to say after I finish one I’m happy with is, ‘How’d I do that?’” That might not make Tweedy the best person to write a how-to book on songwriting, but rest assured, the man behind the genius line, “I am an American aquarium drinker, I assassin down the avenue,” is more than up to the task.

Ten streamed concerts, from Gordon Lightfoot, Barenaked Ladies and more, available from the comfort and joy of your living room
December 16, 2020 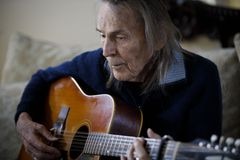 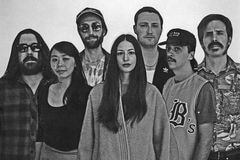 Opinion
Spotify’s list of your top songs of the year shines a light on the real you
Subscriber content
December 19, 2020 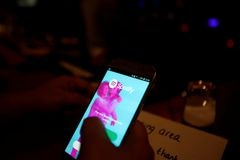