The Girls Are All So Nice Here, Laurie Elizabeth Flynn (Simon & Schuster, 320 pages)

We know, practically from the opening pages of this terrific novel, that it’s not about “nice” girls. We also know that the protagonist, Ambrosia Wellington, is a woman with secrets. Happily married, living in Astoria, N.Y., with a job as a PR representative, she’s not the Broadway star she hoped to be in college, but she’s got a good life. So when the invitation to her 10-year college reunion at Wesleyan College arrives, she ignores it. Then another invitation comes: “We need to talk about what we did that night.” This one she can’t ignore – because her whole life is devoted to forgetting that night.

The note is the clue that propels the story, which switches between the reunion at Wesleyan today and the events of years before. We meet the “real” Amb, fresh from New Jersey and out to please her new college mates. Her roommate, Flora, is a typical Wesleyan girl, upper-class, pretty, “nice” in a sweet, uncomplicated way. Amb instantly despises her. Then she’s drawn to Sloane Sullivan – or “Sully” – smart, powerful and in search of acolytes. Amb moves into Sully’s clique, riding high on sex, drugs and a desire for more of everything.

Back in the current day, Amb meets up with Sully after a decade of silence and discovers that she too received one of the cryptic notes. Soon the two realize that whoever contacted them doesn’t want to talk – but does wants revenge for what happened, which could very well put Amb’s carefully constructed life in jeopardy.

This is a terrific novel by London, Ont.-based Flynn, the author of five previous novels for young adults.

Donna Leon is one of those authors who never fails me. The combination of Commissario Guido Brunetti, Venice and plots cobbled from the arcana that is Italian politics is near perfection. There are now more than 30 Brunetti novels, and while Transient Desires isn’t one of Leon’s best books, it’s far from her worst.

The star of this novel is Venice itself. Leon lavishes attention to walks, canals, piazzas – and, as always, food. The details of putting sugar in espresso (or not) and sips of wine may be filler for a light plot, but it’s great filler – especially when it’s describing a real café that can be located by the adventurous tourist who eschews San Marco and heads for the side streets.

Into the city, we have Brunetti on a solved case. Two injured young American women are unceremoniously dumped at a hospital wharf – one is suffering from a broken arm, the other has serious head injuries and facial damage. The hospital surveillance camera identifies the men who left the girls there, and Brunetti quickly finds them. They claim it was a terrible accident and they brought the girls there to get help, but Brunetti thinks there’s more to it – and, as usual, there is.

The plot leads to a vicious criminal gang trafficking young girls from Asia, Africa and the Middle East. The women believe they are going abroad to be au pairs, but are in fact destined for sexual slavery. From here, we know Brunetti and his team are going to break the gang, but not without personal and psychological toll. Once again, Leon takes us into the back canals of La Serenissima for a tale of greed where “enough” is translated as “just a little bit more.”

Poor Queen Elizabeth II – she certainly needs a respite. Not to be, however, because we’re all out of royal entertainment. I’ve seen The Queen a dozen times and binged The Crown twice. So along comes S.J. Bennett (a scholar of Italian literature and strategic consultant before becoming an author) with Her Majesty as a detective.

I confess that I approached this book with skepticism. I prefer fictional detectives not based on reality and struggle when the likes of Jane Austen or King Edward VII go sleuthing. But Bennett’s story captured me early. The scene is Windsor Castle – which really is a bit of St. Mary Mead – and the occasion is a “dine and sleep” for assorted souls who gather for breakfast the day after. There is lavish discussion of the event and the decor and it’s as good as another season of The Crown. Then comes the body – conveniently stashed in a cupboard. No muss, and a really nice royal cozy begins.

The dead man is a musician from the night before. The palace intimates say suicide, but MI5 says foul play – and the clues all lead to someone. The Queen, however, disagrees. Enter Rozie Oshodi, assistant secretary, ex-military, proud British-Nigerian. It is Rozie who will do the dirty work, but HMQ gives the orders.

Naturally, the crime is solved – and we know Rozie will return because this book is the first in a series. The Queen herself sounds a lot like Helen Mirren, and the sets match the television ones we know so well, but no one will care. I read it in one afternoon – and I’ll probably gobble the next one, too.

I love well-done historical works and I can’t resist medical crime novels, so this book, set in Edinburgh in 1849, is a perfect pairing and I found it irresistible from the outset. This is the second novel by Parry featuring investigators Will Raven and Sarah Fisher, and it’s even better than the first.

The story is set at the dawn of the modern age in medicine. There are rumours that hand-washing will improve surgical outcomes and a marvellous new chemical – chloroform – is at hand, which will put patients to sleep and make surgery quick and painless. Dr. James Simpson, a pioneer of this new drug, is encouraging his staff and students to use it.

But during a rash of deaths across Edinburgh, patients begin to die quickly and the doctors treating them find that none of their cures have any effect. What seems to tie the deaths together is possible poisoning by chloroform. Could Dr. Simpson, a man committed to relieving pain, be a killer?

Will Raven, Simpson’s student and protégé, knows that there must be another explanation and intends to find it – in the process saving Simpson’s reputation and salvaging the use of chloroform. Sarah Fisher, maid of all work, joins him in the search for answers.

This is a gripping medical mystery set at a time when things were still somewhat medieval, but on the cusp of a new era. The recreation of historical Edinburgh, slums and all, is notable – but what really drives the novel is the insight into the medical profession and the hospitals of the time.

It’s difficult to believe that this excellent police procedural is a first novel, but London lawyer Nadine Matheson obviously has plenty of inside knowledge. Her central character, Inspector Anjelica Henley is a brilliant creation: Smart, strong, intelligent – and capable of making really bad decisions in times of stress. She’s recovering from a near-death injury and her husband wants her to find another job. Her family and community don’t believe Black people should support the police, much less join them, but all Anjelica wants is to get back to work at the Serial Crimes Unit of Scotland Yard.

On her first day back, she’s confronted with a grisly case. Dismembered body parts are found by the river and it appears to be two women, the parts arranged in a pattern. Henley knows that pattern – because the man who created it almost killed her. But Peter Olivier is in prison and has been for two years, so it seems a copycat is taking over – which means that Henley will have to meet with Olivier once again. But the killer in prison is furious that anyone could steal his MO. Suddenly, Henley is confronted with the possibility that Olivier may find the killer before she does.

Matheson plays out this novel slowly, with plenty of twists and excellent procedural elements, but Henley, Olivier and the secondary characters are really what kept me reading. Like P.D. James’s wonderful descriptions of dishwashers with ship tattoos in Innocent Blood, it’s the small things in Matheson’s work that add up to the unforgettable. Definitely a new writer to watch. 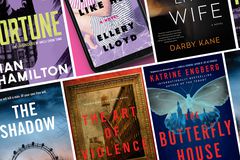 No shortage of thrillers to whisk you away this winter
February 3, 2021 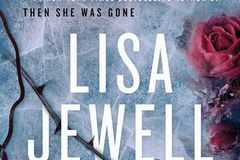 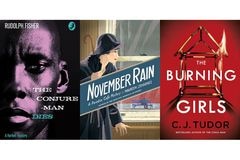