Cult literature has been making a comeback in recent years, with numerous Canadian authors tackling the topic. Now, as the pandemic increases isolation and uncertainty, the draw of cults – with their seductive promises of community and connection and meaning – proves ever-more intriguing for readers. Here, a crop of new titles examine how cultish tendencies permeate our current culture, from exercise crazes to conspiracy theories and corporate hucksterism.

Cultish: The Language of Fanaticism

In 1969, at the age of 14, Amanda Montell’s father was forced to join a Socialist commune near San Francisco called Synanon, a drug rehab community that morphed into a cult. Hearing the stories as a child sparked Montell’s “perverse craving for cult campfire tales” – as well as her sharp skepticism of anything that flirted with these tendencies. This wildly compelling outing is the result. It sees the Los Angeles writer delve into how language does the heavy lifting for extremist movements – cultivating an insider ethos with elaborate jargon, establishing a Manichean order of good and evil, shutting down critical thought and alienating participants from family, friends and mainstream culture. Drawing on illuminating interviews with former members of fringe movements, Montell moves on to observe how these patterns appear, albeit in far more benign forms, in everything from fitness crazes such as CrossFit and SoulCycle to Silicon Valley startups and digital New Age circles. Absolutely fascinating.

Don’t Call It a Cult: The Shocking Story of Keith Raniere and the Women of NXIVM

With a CBC podcast series on NXIVM in circulation, memoirs out by former members such as Sarah Edmondson and the trials of accused leaders making news, one would think there’d be nothing new to learn about the Albany, N.Y., sex trafficking ring that posed as an executive coaching outfit – luring in scores of Vancouver actors. But one would be wrong. Lotusland reporter Sarah Berman, a former senior editor at Vice, scored an instant national bestseller with Don’t Call It a Cult, and with good reason. The gritty book is thoroughly researched and reported – and riveting from start to finish.

The Storm Is Upon Us – How QAnon Became a Movement, Cult, and Conspiracy Theory of Everything

Reporter Mike Rothschild has been on the QAnon beat since long before the HBO docuseries made headlines, tracking the rise of the popular conspiracy theory throughout the Trump era for outlets such as The Washington Post, The New York Times, NPR and the BBC. In The Storm Is Upon Us, Rothschild does a deep-dive into the phenomenon, essentially a complex mythology about “an unknown figure claiming to be a military intelligence officer who posts purposefully vague and cryptic messages on imageboards about an upcoming great purge of the deep state” – and meditates on why the ideology has become so appealing to followers during COVID-19, culminating in the Jan. 6 riot in the capitol. “Q has no coherent plan, no grand design, and no operational structure,” Rothschild reflects. “QAnon is a cultish movement that’s not quite a cult, a movement with prophetic elements that’s not quite a religion.”

The Cult of We: WeWork, Adam Neumann, and the Great Startup Delusion

The word “grifter” has become maddeningly ubiquitous on Twitter in 2021 – but in the case of WeWork founder and chief executive Adam Neumann it undoubtedly fits the bill. The grandiose former baby clothes salesman convinced the world that WeWork, an office space provider, was the height of Silicon Valley disruption, swindling investors and Wall Street elite alike, and walking away rich. Here, two reporters for The Wall Street Journal tell the inside story and the lessons corporate America can draw from it.

RedHanded: An Exploration of Criminals, Cannibals, Cults, and What Makes a Killer Tick

This debut outing from RedHanded podcast hosts Suruthi Bala and Hannah Maguire will appeal to true crime enthusiasts. The hit British duo won fans over with their obsessive interest in all things ghastly and ghoulish, after meeting at a vegan Thanksgiving party four years ago and starting a podcast. Here, in this chatty tome, they take the conversation a step further, asking what creates the violent mindset behind the crimes they cover, and what role gender, poverty, politics and culture play. 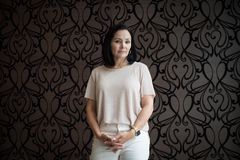 Life in a cult: Sarah Edmondson unveils her experience with NXIVM
September 16, 2019 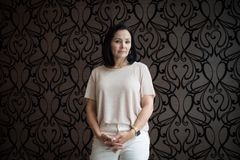