In a Pod of One’s Own, Caitlin Thompson is your go-to guide and curator of the best shows from the world of podcasts.

One of the best things about writing a recommendations column is that while steering you toward things you need to hear, I can also address the gender imbalance in audio/media/the universe by highlighting shows made and hosted by women. Few other subject matters have been the source of such consternation about a gender gap than in science, technology, engineering and math (known as STEM), and luckily for all of us, some of the best podcasts about science happen to be created and hosted by women.

What I love about these shows is that none are your standard-issue chat show (though one does involve two guests chatting in front of a microphone) and they rely on the best audio conventions – storytelling, thoughtful formatting, sound design and in one innovative case, future history – to lure listeners into grappling with particularly complex subject matter.

People use podcasts as entertainment, a way to stay up to date on the news unfolding around us, but we also use on-demand audio to feed our brains. In a world where our educations don’t end after school, our commutes and other daily routines have also transformed into times when we absorb dense information. And what better way to learn about the world (and universe) around us than by perusing these mostly female science shows and finding one for your life?

This show is a masterpiece – it’s totally unlike any show in any category you’ve likely ever encountered, incorporating elements of theatre, sound design, audience participation and reported news to paint pictures of “possible [or not so possible] future scenario[s].” Host and creator Rose Eveleth, a science journalist, tackles topics as wide-ranging as “the existence of artificial wombs, to what would happen if space pirates dragged a second moon to Earth.” It’s a rollicking good time and simultaneously manages to baffle, entertain and educate. My favorite episodes is After Life, about what would happen if we sterilized the Earth.

In my first column, I promised my recommendations would range around the world and this Australian show hosted by Wendy Zukerman – now brought to us from the fine folks at Gimlet – checks off many categories for me. It’s funny, insightful and it applies the scientific method to conventional wisdom, fact checking “our firmly held beliefs and replacing them with science.” A recent fave is How Science Made Morons, about the unreliability of scientific studies.

Latin for “the things we don’t see,” this show concerns all of the undetectable minutiae that affect the human experience, our world vis-à-vis our brains. This juggernaut from NPR was created by Alix Spiegel and Lulu Miller (who also initially co-hosted) and it’s now hosted by Spiegel and Hanna Rosin. In each episode, they reveal a rich world that combines beautiful sound design, philosophical musings and shoe-leather reporting. Start with How to Become Batman, a story about a blind man who developed his own language to “restore” sight.

For those of us who like our learnings in bite-sized pieces, Scientific American has just the show. In only one minute (if we’re honest, it’s often a little longer than a minute, but still), a rotating cast of science journalists tackle a wide variety of scientific and semi-scientific topics, breaking them down for the layperson, from lightning strikes on Jupiter to the chemicals behind bad breath. Sample the episode about how our genetic diversity owes itself to ancient clan wars.

And at last, the most conventionally formatted, but least conventionally produced and executed astrophysics show there is: the beloved StarTalk Radio. Host Neil deGrasse Tyson, who runs the Hayden Planetarium in New York and has one of the best radio voices in history – weaves space and pop-culture together to great effect in this beloved, long-running series. I’m obsessed with dark matter and I want you to be too – there’s an episode dedicated to it called Cosmic Query.

Caitlin Thompson is a journalist who loves audio and print—she hosts tennis podcasts The Racquet Magazine Podcast and The Main Draw, and is the co-founder of the literary quarterly tennis magazine Racquet. Follow her on Twitter @caitlin_thomps.

Five film podcasts for the majority of us
September 4, 2018 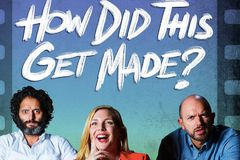 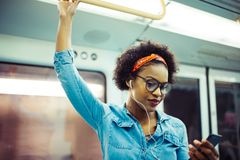 What makes a great podcast? Here are five classics you should hear right now
June 29, 2018 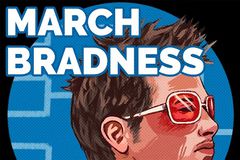