There are certain things that can only occur when you are the child of a famous person, and one of those is walking into a hotel lobby to be confronted by a giant portrait of your father taking up the entire wall by the elevator bank.

And, yes, Lisa Brennan-Jobs did feel confronted by the giant black and white photograph of Steve Jobs mounted as a piece of art in the lobby of the Soho Metropolitan in Toronto. For one thing, it captured him in an expression she didn’t particularly love, one he’d typically wear as he was about to say something critical. And given that she happened to be in town to promote her memoir, Small Fry, about life with this Great Man of Tech, it was a bit much. Disconcerting, certainly, spooky even.

You might also think that Brennan-Jobs is weirded out by this odd coincidence because of a fraught, acrimonious relationship with the Apple co-founder. After all, she is the daughter he rejected, an unplanned child of his early 20s whom he initially denied fathering. What followed, eventually, was a relationship full of mixed signals, awkward attempts at closeness and inexplicable rebuffs.

If you believe most of the media buzz around Small Fry, you might assume this book is entirely about that fraught relationship and Jobs’s flaws. While Brennan-Jobs makes no attempt to gloss over some of his failings as a parent (he could be hypercritical, moody, unpredictable), she is hardly trying to topple a saint from his pedestal. The way she sees it, thanks to Walter Isaacson’s authorized biography, titled Steve Jobs, and the film adaptation that followed, “that ground has already been covered.”

As Brennan-Jobs talks about the themes of her book, she speaks in great blocks of words, an intense woman whose brain, one gets the sense, is always going, going, going. At 40, she is warm, but she is not unguarded. She shows off pictures of her five-month-old with the lack of circumspection of someone unused to a public/private life, but at the same time, she is navigating the attention from her first book with the sangfroid of a person who has grown up on the edges of celebrity. It is, in short, a funny juxtaposition that has always characterized her life.

That juxtaposition is maybe the most central theme of Small Fry. At first glance, the book may seem like a tell-all from the daughter of the famed Steve Jobs. But, as she describes it, what she’s written is, in large part, a girl’s coming-of-age tale. “This is a family story,” she says. “Not a celebrity memoir.” Still, Brennan-Jobs certainly isn’t shying away from Jobs’s role in her life. At its core, the book explores what it meant to grow up with (and sometimes apart from) him. But, she says, it’s also about Northern California before it was Silicon Valley and about her mother’s struggle to find creative fulfilment, told against the backdrop of dealing with a father who wasn’t a part of her early life and trying to build a relationship on that uncertain foundation.

As with her relationship with her dad, the writing of Small Fry wasn’t exactly straightforward. “It can be very distracting that my father is famous,” she says, sitting in the hotel’s café, just out of sight of the elder Jobs’s screen-printed gaze. "I tried desperately not to write about this, but I’m a writer and I understand my life through my work. The famous person in the midst is a … complication.”

And, in fact, Small Fry, as one, frankly, might expect, is not the work of a celebrity kid who only got a book deal because she had a good story to sell. Brennan-Jobs, who holds a master of fine arts, is a talented writer, whose lovely, languid prose makes this memoir feel almost like a work of fiction, its pace thoughtful, considered. She has a knack for staying just this side of ham-fisted with her metaphors, of giving her reader space to interpret a detail as significantly as they’d like. She’s also a vivid scene painter, capable of drawing pictures with her words, such as one of a box of cherries she encounters on the counter of her father’s otherwise sterile mansion, which she describes as “shiny and black as beetles.”

That this book is as good as it is, however, is hard won. Brennan-Jobs describes herself as “doing a dance of procrastination, dread and mortification” around this memoir since her late 20s, although she only began in earnest about seven years ago, around the time her father died. It was both something she desperately didn’t want to do but also knew she needed to achieve.

“It felt like this was a dam that had to break before I got to write other things,” says Brennan-Jobs, who now lives in Brooklyn, N.Y., with her husband and son. “The consequence of not writing this book is that I don’t get to have my own life. That’s a dramatic thing to say, but people have been writing about me for a long time. Not as the main dish, but as a strange appetizer. If I was going to have my own full life, as the main dish of my own life, I had to figure out what things meant without them being told to me.”

That figuring-out process, she notes, was a long, hard slog. The first five years of writing (and the decade of processing and self-discovery before that) were miserable. She was writing, but the sentences, as she describes them, were “flat.” She began to dread that not only would she get lots of attention for this book, but it would be negative because it was terribly written.

But then, somewhere in the writing, and the maturing, and the living, there came a shift.

“I probably had deeply internalized my own illegitimacy, to the point where I didn’t even feel legitimate to myself,” she says, speaking slowly for once. “And finally when I got through some of that, then I didn’t have to punish myself for writing horrible sentences.”

For Brennan-Jobs, writing this book ultimately proved a healing experience. Rather than a painful sifting over of old hurts, it became a valuable tool, a source of “hard won” perspective.

“If you don’t open up the box of the mystery that you’ve carried since childhood, it remains a mystery, and you remain wondering,” she says. Maybe if she was “prettier or blonder or taller,” her father would have found her more lovable, she used to think. But with maturity and reflection came the ability to see that it wasn’t about any of that. "My dad probably just felt sad or ashamed that he hadn’t been around when I was a kid and he felt awkward,” she says. Reconstructing certain memories as an adult changed her perception of events.

And that’s the thing about this book: As much as it is about living on the edges of fame, it’s also about a woman and a dad she hero worships, warts and all. “There is this interesting thing where family and fame intersect,” Brennan-Jobs reflects. "The way that any daughter looks at her father is the way that any person looks at someone famous that they admire. It’s a strange overlapping.”

Sally Field’s memoir, In Pieces: Like all of our life stories, it’s complicated and messy Subscriber content
October 24, 2018 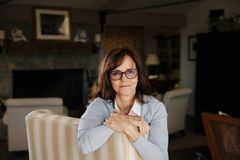 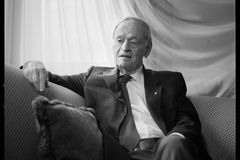 Book Review
Stephen Harper’s new book has lots of flaws, but it’s worth looking past them Subscriber content
October 9, 2018 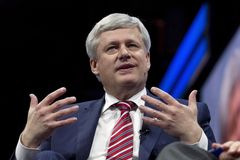