Iranian-Canadian author Nazanine Hozar was born into chaos. She began her life in Tehran in April, 1978: The revolution was brewing and, 10 months into her life, it would erupt, deposing the Shah and bringing in religious leader Ayatollah Khomeini – one dictator replacing another. This massive upheaval was followed the next year by Iraq’s invasion of Iran, sparking a long and brutal war.

This political bedlam, and the years-long buildup leading to it, is the setting for Hozar’s debut book, Aria. The novel, which began its life while Hozar was an MFA student in the creative-writing program at the University of British Columbia, has launched into the world this month with some serious cred.

The book has sparked bidding wars among publishers in Europe, with rights sold for translation into several languages. Pantheon has acquired it for the United States. There are two blurbs on the back – one by John Irving, who calls it “a feminist odyssey” and the other from Margaret Atwood, who called it, on Twitter, “A Doctor Zhivago of Iran.” The novel was selected as a Heather’s Pick at Heather Reisman’s Indigo chain, and its on-sale date was moved up two weeks to June 11.

For all this success, Hozar has mixed feelings about this moment in her life. “There is an element of guilt that’s involved,” she says. “It’s a story about people who suffered … and I don’t want to be benefiting from that. But at the same time, I feel like I had to tell the story of people who couldn’t tell it for themselves.”

Her story moves from 1953 to 1981. It begins with the birth of a child to a woman in an abusive marriage, followed by the abandonment of that newborn in a Tehran alley. The baby is rescued by Behrouz, a gentle, kindhearted driver in the Iranian army. He names the girl Aria for the music he loved secretly as a child.

“If you sing an aria, the world will know all about you,” he tells the infant. “It will know your dreams and secrets. Your pains and your loves.”

But there is a great deal of secret pain in his own love life; and his wife, Zahra, with whom he is mismatched, proves to be a wicked and abusive mother to Aria.

The girl will eventually find a new home, and new families. The story reaches its horrific, chaotic climax as the revolution erupts. Almost immediately, it becomes clear that the new boss, the Ayatollah, is no improvement over the old boss, the Shah – and that life is going to be horrific under his reign.

“It became very evident that what Khomeini and the regime had planned was different from what they had said all along. [The revolution] was a very unifying moment in the history of the country and very soon that unification was destroyed,” Hozar says. “So being born into that is just a part of your life, and I was always in so much pain over it, you know? So I decided very early on in my life that I had to speak out, but in a more intelligent way so I wouldn’t land in prison.”

We’re speaking at the rooftop garden atop the Vancouver Public Library’s Central Branch. Hozar came to this branch pretty much every weekday for about a year and a half while conducting research for this novel, reading books and archival news reports about the revolution and other relevant issues.

The most important research for this story was known by Hozar instinctively, in her body; she was brought up with the trauma of these events. But there were things she learned from her library research that help bring the story to life. For instance, she learned that Khomeini’s supporters made mixed tapes of pop music by acts such as Abba and the Beatles, splicing in clandestine interstitials of Khomeini’s sermons in between. The tapes were secretly sent to Tehran’s massive Grand Bazaar and then distributed at mosques – a savvy way to get young people onside, without alerting the Shah and his henchmen, who would stifle political dissent using horrific means. Hozar also learned that guards under Khomeini would hold fake executions – blindfolding prisoners and terrifying them by shooting blanks in the air. Both of these revelations made it into her novel.

‘I’m trying to break down the barriers.’ Melinda Gates opens up about her life and her philanthropy in new book The Moment of Lift

Each section in the book is named for a different mother in the epic story. And while it is a historical novel set around the Islamic Revolution, it is also very much about personal relationships – their power to destroy, and their potential to be destroyed by political events. “Love is a terrible thing, not what dreamers say it is,” one of the characters, Maysi, says at one point. “And hope is just as bad. Hope will turn you mad.”

The story began in Hozar’s mind as a screenplay for a film, which she then turned into a book. She became inspired one night while at her teaching job. The kids were on a meal break, and Hozar began writing the story, by hand, on loose-leaf notebook paper. “I wrote the first 40 pages like that,” she says. “And after the 40 pages, I thought: I think I can do this as a novel.”

She wrote the book while teaching at UBC, and also through illness. Some of it was written from a hospital bed. Much of it was composed on iPhone notes while she travelled by bus to and from UBC where she taught full-time at an after-school academy.

Hozar knew she wanted to be a storyteller from the age of 5. At 7, she immigrated to Canada with her mother, an accountant; they joined her father, a lawyer, who was already here. (In the book, Aria studies accounting and the man she marries studies law – but the autobiographical similarities end there for Hozar’s characters.)

Despite the fact that she could not speak English, Hozar was placed in a Grade 2 class in Surrey, B.C. But when she was given a read-aloud assignment, and could not make out a single word on the page, teachers clued in to the situation. She was taken into a separate classroom and placed with two other students who couldn’t speak English, either.

“We couldn’t talk to each other. It was just silence; all three of us in this room sitting in silence. And then the teachers would come into the room and do their bit.” Within a month, she had learned enough to return to the regular classroom. (In Grade 3, a teacher who could not pronounce her name started calling her “Naz” and despite the girl’s hatred for the short form, it stuck. Most people call her that now.)

Hozar grew up acting in little plays an older cousin would put on, and wanting to work in theatre or film. Foreign film became a passion when she was a teenager. She did her undergraduate degree at UBC in English literature before entering the MFA program in 2008, where she began writing what she thought was a script, but would become the novel Aria.

“Because of my life experience, the book kind of healed me in a way. I think had I not written this novel, had I not been able to realize that I could write a novel and written this novel, I think I would not be in a good position in my life right now,” says Hozar, who now lives in Vancouver.

She has not been back to Iran since she left. Now, having written this book, she’s not sure she will be able to return. “Obviously going is not a problem. It’s leaving that might be a problem,” she says, although some friends are encouraging her to visit. “I didn’t write this as a political statement,” she adds. “I’m very aware of politics and understand it to a certain extent. But for me, art is above politics.” 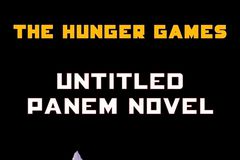 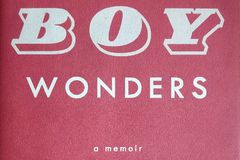 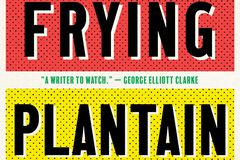