The Writers’ Trust of Canada awarded $150,000 in prize money on Wednesday as it announced the winners of its prestigious literary awards for fiction and non-fiction.

The $50,000 Writers’ Trust Fiction Prize went to Gil Adamson for her novel Ridgerunner, and Jessica J. Lee won the $60,000 Hilary Weston Writers’ Trust Prize for Nonfiction for her memoir Two Trees Make a Forest: In Search of My Family’s Past Among Taiwan’s Mountains and Coasts.

With Souvankham Thammavongsa winning the Scotiabank Giller Prize last week for her short story collection How to Pronounce Knife, the country’s three richest prose literary prizes have all gone to female authors this fall. (The Governor-General’s Literary Awards, also usually handed out in the fall, have been delayed until the spring because of the pandemic. The finalists will be announced on May 4; the winners announced June 1.)

The winners were announced at an online event hosted by Writers’ Trust director and former Globe and Mail theatre critic Kamal Al-Solaylee.

Ridgerunner, which was also shortlisted for this year’s Giller Prize, is the follow-up to Adamson’s 2007 novel The Outlander, which also won several awards. A historical novel set in Alberta during the First World War, Ridgerunner is published by House of Anansi Press.

“Adamson sinks readers into a Wild West never before seen in an adventure as sprawling and impeccably rendered as the land itself. She explores notions of good and evil as ubiquitous as gun smoke and just as nebulous, along with the reminder that all which is fought for comes at a cost,” reads the citation by the jury, made up of authors Elisabeth de Mariaffi, Waubgeshig Rice and Yasuko Thanh.

Adamson, who lives in Toronto, spent 10 years writing the novel. “There was huge pressure not to disappoint people,” after the success of her debut book, she told The Globe earlier.

In its citation, the jury said, “Jessica J. Lee shares her knowledge of linguistics and environmental history as she hikes the fault lines of her own family’s story in sentences that make you gasp in admiration. Hers is a tale of political disruption, civil war, displacement, environmental ravages and intergenerational trauma. This book will haunt you.”

Lee, who was born in London, Ont., and now lives in London, U.K., won the RBC Taylor Prize Emerging Writer Award in 2019. She wins the Weston Prize months after the Taylor Prize gave out its final award in March (to Mark Bourrie for Bush Runner: The Adventures of Pierre-Esprit Radisson). Another lucrative non-fiction prize, the $40,000 British Columbia National Award for Canadian Non-Fiction, was discontinued in 2018 (after handing out its final award to CBC broadcaster Carol Off for All We Leave Behind: A Reporter’s Journey into the Lives of Others).

The other finalists for the Weston Prize were Lorna Crozier for her memoir Through the Garden: A Love Story (With Cats), Steven Heighton for Reaching Mithymna: Among the Volunteers and Refugees on Lesvos; Shame on Me: An Anatomy of Race and Belonging by Tessa McWatt; and Kwakwaka’wakw artist David A. Neel’s The Way Home.

The other finalists for the fiction prize were Zsuzsi Gartner for The Beguiling, Michelle Good for Five Little Indians, Thomas King for Indians on Vacation and Maria Reva for her novel-in-stories Good Citizens Need Not Fear.

Finalists for the fiction and non-fiction prizes receive $5,000 each. 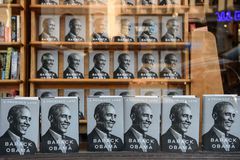 Indigenous characters belong in non-Native literature too, as long as they are written with respect
Subscriber content
November 21, 2020 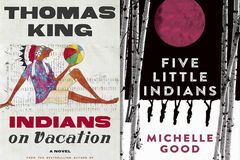